They work with the world's largest companies

Armed with a new type of database, LiU alumni and childhood friends Emil Eifrem and Johan Svensson have marched out into the world. Neo Technology now has some of the biggest companies in the world on its client list. 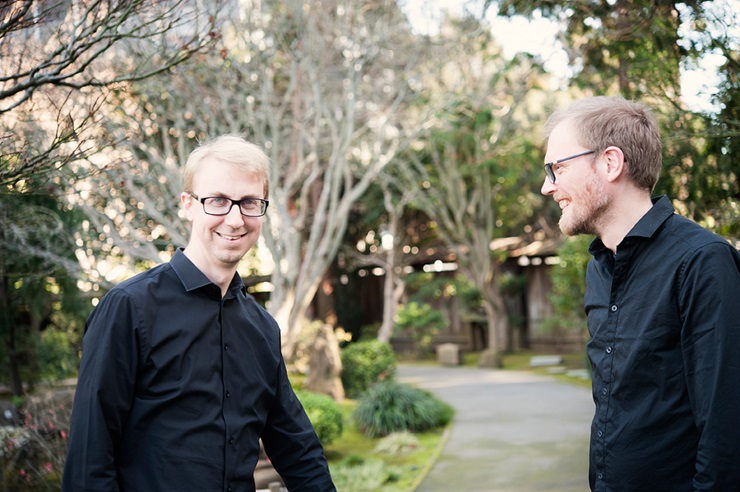 Silicon Valley looks like you imagine California to be: low buildings, palm trees, a sun that’s always shining. Driving along the wide highways you pass companies such as Apple, Facebook and Google.

This is where Neo Technology has its main office. The company was started in 2007 by LiU alumni Emil Eifrem and Johan Svensson. They developed it in LEAD, the Östergötland business incubator, and they now have 80 employees – half in Europe and half in the United States.

When LiU magazine visited Neo Technology’s office, both founders were there. Normally Johan manages their development work in Sweden, while Emil is responsible for the market in Silicon Valley.

“Entrepreneurship is cool these days. But that wasn’t the case when we started,” Emil laughs.

They have known each other since they were teenagers. After high school, Johan studied computer engineering at Linköping. Emil did his non-combatant military service and then started working at a startup in Lund. After a while he enticed Johan to join him.

“I was working on my graduation project when Emil called from Lund and asked me to come down,” Johan says.

The company they worked at had ten programmers who spent most of their time, according to Emil, “quarreling with databases”. At the time there was only one type of database, but Emil, Johan and a colleague discovered that their problems would disappear if they could build a database that organised data in a different way.

“In 2000 we were the only ones who saw that there was another way to make databases. When we talked to people they thought we were mad. We felt they were wrong, but at that time there was no understanding of what we had discovered.”

They developed their idea but they did not know how to go forward. Emil decided to begin studying at university while he continued to work part time.

“In 2003 I began studying for a master's in computer engineering. I also took some economics courses and history of economics, which is actually the most interesting subject in the world,” he says.

Business coaching to build a company

“We felt that now was the time to try reaching out with our idea, but we didn’t know how. I talked to Linköping University, to people like Arne Jacobsson who was working with the innovation system. He told us we should build a company around our idea. So we moved into LEAD. There we began working with business coach Tomas Hagenfeldt.”

Emil and Johan were both very knowledgeable as regards technology. Emil was also very interested in economics but his time in the incubator was particularly instructive concerning questions on financing.

“We got a lot of help in discovering how you find venture capital. We spent two years at LEAD. When we started work there, we hoped that other people would gradually realise we were doing something good. When we left we had raised 2.5 million dollars in venture capital from two large Swedish venture capital companies.”

In 2011 they opened their office in Silicon Valley. Emil moved there while Johan stayed in Malmö, where their main office was at that time. Emil says the Americans are unbeatable when it comes to selling.

Their database is called Neo4j, and currently their customers are almost exclusively large companies.

“When you are working on a certain type of problem, our product is unbelievably much better than traditional databases. We’re not talking ten or twenty percent better, but a thousand or even a million times better. It is used by one of the biggest companies in the world, the Walmart retail chain. Other clients we have include UBS, the investment bank, and IT giant Hewlett-Packard. In Sweden Telenor and 3 use our database,” says Emil.

Nowadays a lot of people want to start a company and move to Silicon Valley. Can you give them any advice?

“It’s easier if you get the company started in Sweden, because it is expensive here. Just living and eating costs a lot,” Johan Svensson says.

“Giving general advice is difficult. It depends on what product you have and what market you are targeting, and also on your family situation. But it’s obvious, if you are working with software this is the centre of the world,” Emil Eifrem concludes.