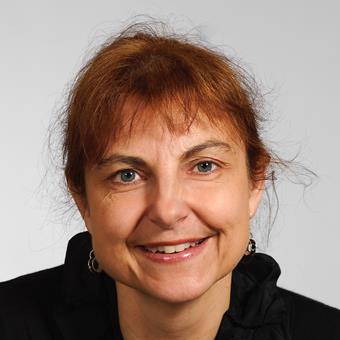 Hörnell is director for the Music at Linköping University centre and has overall responsibility for LiU’s musical activities. The work includes providing support to students and teachers, boundary-spanning collaboration within the university, responsibility for the concerts held in association with the Commencement Ceremony and at other university ceremonial occasions, and collaboration with musical activities in the region.

Hörnell studied as conductor and organist at the Royal College of Music in Stockholm. Between 1989 and 1994 she was conductor for Kongl. Teknologkören at the Royal Institute of Technology in Stockholm, and between 1991 and 2007 for the Stockholm Academic Choir. She was choirmaster at the Royal Swedish Opera 1994-2013, and at Göteborgs Symfoniska kör 2010-2014. She has taught conducting both in Sweden and abroad and has been assistant choirmaster at the Bayreuth Festival.

Now, after two years of the pandemic, it’s finally time to gather again at Borggården for the donning of the hats, spring music and speeches – from, among others, the speaker of the Swedish parliament Andreas Norlén.

Student choir turns 50 and looks to the future

From a small group of happy students who enjoyed singing together to a large, award-winning male university choir. Now the Linköping University Male Voice Choir is celebrating its 50-year anniversary.

The musical experience at Linköping University will be very different this year. No Lucia procession, no Christmas concerts. However, appropriately enough, Julstämning is being released, a Christmas CD from the three choirs based at Music at Liu.

SEK 3 million for research into how music can help students

The ways in which music improves student creativity and the ability to collaborate and communicate are to be studied in an international research project that has been awarded SEK 3 million from Erasmus.

Music-based activities at Linköping University include both choirs and orchestras, and offer great opportunities for visiting students and staff. Swedish friends, a sense of community, and – in the best of cases – true love.

Images from the Academic celebration 2019

Last weekend, 74 new doctors received their diploma and hat or laurel wreath, and 18 new professors were installed. The festivities included the university gala concert. The image carousel below gives some glimpses from the celebrations.

The LiTHe student orchestra will parade from St. Lars Church to Borggården at Linköping Castle, where the Male Voice Choir will take over to welcome the spring. The event will be broadcast live. It’s a Swedish tradition for Walpurgis celebrations.

WE CAN BE HEROES

Twice before it has been a public success. Now it’s time for another, signed by the Linköping University Symphony Orchestra. The theme: music from the world of cinema and gaming. In Linköping on 3 March, we will be saved from evil by heroes.

The Christmas spirit in 16 versions

Someone must take on the job of creating Christmas spirit in song, and LiU’s musical ensembles are happy to oblige. They are offering the Christmas spirit on no less than 16 occasions. They start with choral favourites in Norrköping.

Among warplanes, a chilling manifestation against the madness of war. The Swedish Air Force Museum will be the location for the Better is Peace concert on 20 October, to be followed on 21 October in Louis De Geer Konsert & Kongress.

How many strings on your violin?

Dust off your student caps and celebrate Valborg on Walpurgis night the traditional Swedish way!