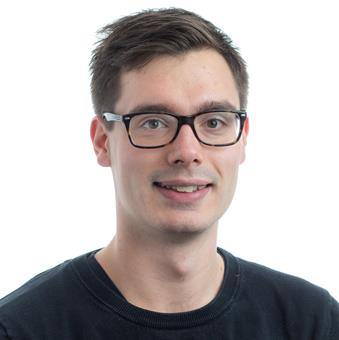 From freezing medical student to PhD-student. My research focuses on how diet & dental health relate to cardiovascular disease. The diet part of my research also deals with fruit consumption and meal frequency’s effect on metabolism.

My main tutor is professor Fredrik H Nyström and my second tutor is docent Magnus Wijkman. My first three projects are already published. Two of them consider the effect of added fruit or nuts to the regular diet on fat content of the liver(1) and dental status(2). Thirty participants were randomized in a 1:1-fashion. For two months, they ate extra fruit or nuts. The individuals analyzed liver fat content through MRI and dental status before and late into the intervention. Both examinations were blinded. The main results in the first publication showed no difference in liver fat content (where our hypothesis was increase due to larger fructose content of fruit). The dental status improved somewhat regarding depth of dental pockets in the fruit group compared to the nut group.

My second publication(3) is on the effect of single compared to multiple meals in a series on post-prandial energy expenditure. We also analyzed different macronutrient content, varying from high-fat and low-carbohydrate or the opposite, all with a fixed amount of protein. Fourteen individuals consumed the four alternatives during occasion spread in time to avoid carry-over effect. The results were greater energy expenditure following one single meal compared to the series of five smaller ones. Macronutrient variation did not have a great effect on any outcome, aside from a greater increase of glucagon-like-peptide 1(GLP-1) when eating high-fat & low-carbohydrate drinks compared to the opposite.
My fourth project is on satisfaction with teeth as an estimator of cardiovascular risk in patients with diabetes type 2 followed in primary care (CARDIPP). With help from a research group in Dalarna with affiliations to the Karolinska Institute I will perform survival analysis to evaluate the added value of the question on satisfaction with teeth and analysis of causality.

My last and final project is an intervention study on the use of Mediterranean diet compared to regular recommended diet according to Nordic Nutritional Recommendations 2012 (NNR) in people with ischemic heart disease as a preventive measure towards new episodes of ischemic heart disease, but also incidence of diabetes. The predecessor and inspiration of this study is the Spanish PREDIMED-study.

The aim of my research is to investigate the validity of the current recommendations on fruit consumption and meal frequency. It is also to make the oral cavity and teeth less of a “black hole” to physicians and evaluate the use of subjective dental health as a marker of cardiovascular risk and diet’s impact on dental health.