China - A superpower in supercomputers

Milky Way-2 takes second place in the most recent Top500 list of supercomputers. This machine is located in Guangzhou and is currently being expanded to reach a performance of 100 petaflops. And LiU just happens to be in the process of procuring Sweden's most powerful supercomputer, with a power of between two and three petaflops. 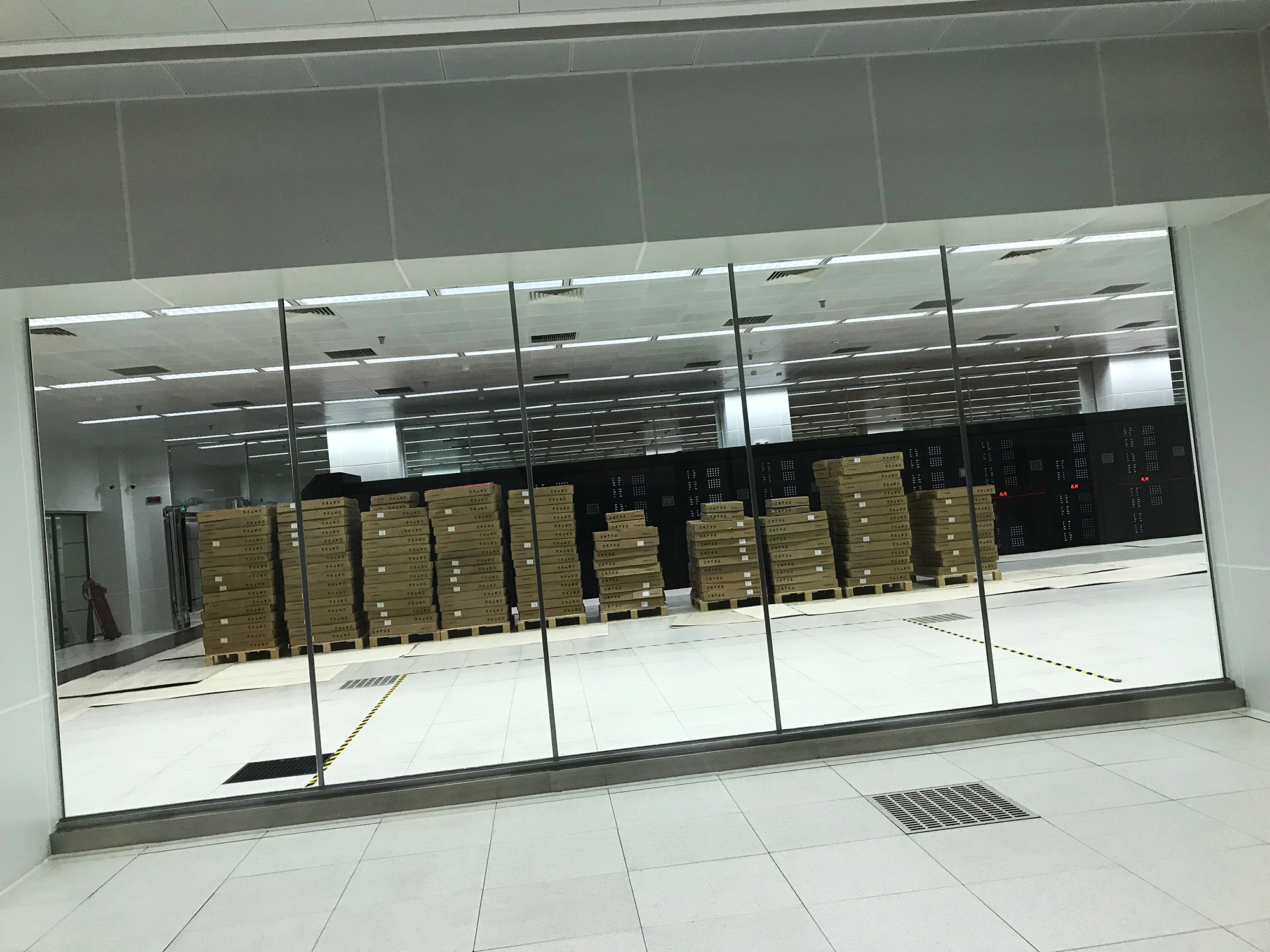 Milky Way 2 Photo credit: Monica WestmanThe Top500 list of the world's most powerful supercomputers had two Chinese machines on top in November 2017: the Sunway TaihuLight in Wuxi and the Milky Way-2 in Guangzhou, twinned city and collaboration partner with Linköping. Towards the end of last year, a delegation from Linköping University and Linköping Municipality visited Guangzhou, some of the partner universities in the city, and the relatively new supercomputer centre there.

The National Supercomputer Center is located in the Guangzhou Higher Education Mega Centre, an island in the Pearl River that is home to ten universities. The centre and its supercomputer are housed in a purpose-built building, financed in collaboration between the Guangdong province and the city of Guangzhou. Sun Yat-Sen University is host to

The National Supercomputer Center in Guangzhou was ready for occupation in October 2013, following a total investment of 2.6 billion renminbi (RMB, also known as the Chinese yuan, CNY), approximately SEK 3.2 billion. The supercomputer itself was built by China's National University of Defense Technology (NUDT), using Chinese technology to a large extent. It cost, according to our Chinese guide, approximately RMB 400 million. 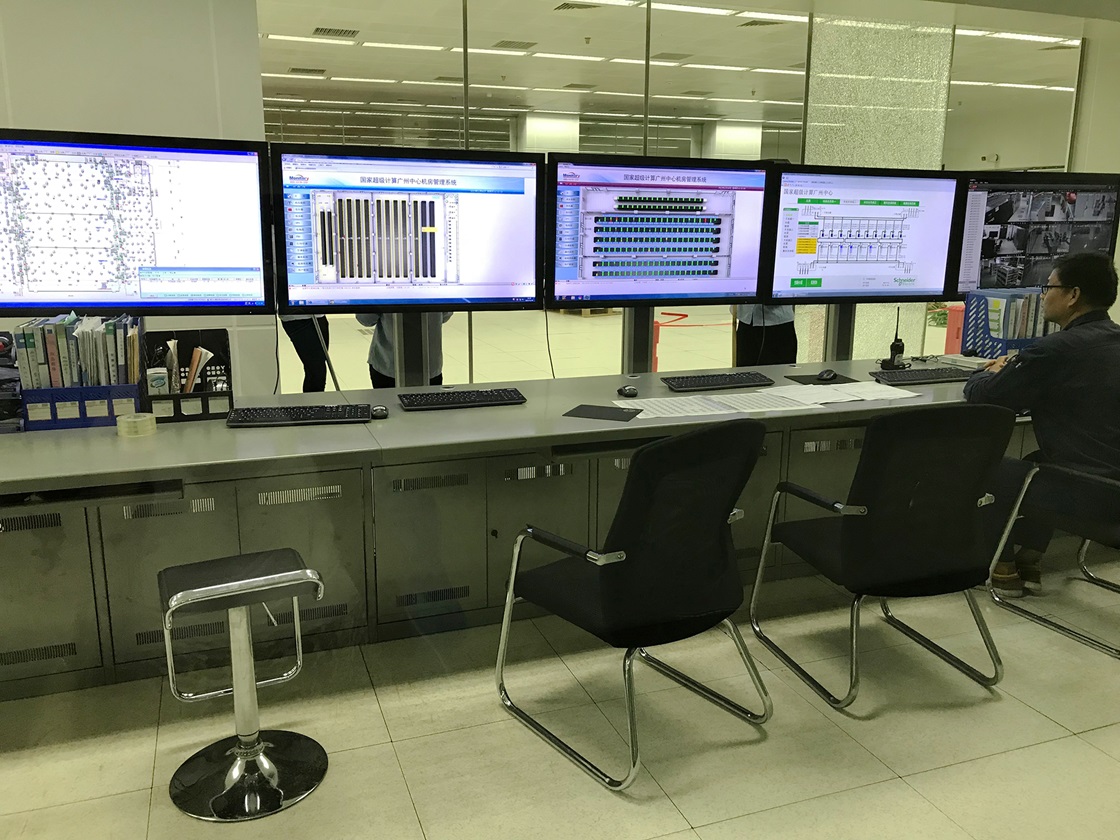 Milky Way 2 is being used in more than 800 research projects Photo credit: Monica WestmanJust as the Swedish supercomputers, Milky Way-2 is available for researchers from all over China. It is being used in more than 800 Chinese research projects, around 40 of which are located in the Guangdong region. The centre has also extensive international collaboration with universities in Europe, the US and Russia.

The research projects come from a broad spectrum of fields, such as climate modelling, weather forecasting, calculation of hurricane pathways, and other weather phenomena in the region. Other applications are the simulation of earthquakes, calculations of dark material in the universe, and simulation of heat flows from the interior of the Earth and other planets. Technical applications include the aerodynamics of aircraft and high-speed trains, and research into wind power, nuclear energy, and functional materials. In the life sciences, the computer is used for research in bioinformatics, gene regulation and various forms of medical research, while other fields include smart cities, data mining, and various cloud-based services.

Milky Way-2 is in full operational use, while at the same time having its capacity gradually increased from the current value of 54.9 petaflops (54.9 x 1015 floating point operations per second) to the incredible figure of 100 petaflops, 100 trillion floating point operations per second. New parts in crates are stacked in the huge computer hall in which the 170 cabinets stand in six coal-black rows.

More figures: the energy efficiency of Milky Way-2, or Tianhe-2 as it is called in Chinese, is 1.9 Gflops/W (which means that one watt is sufficient to power 1.9 billion floating point operations per second). Maximum power consumption is 17.8 MW, when all three million cores and 16,000 nodes are in use. Japanese supercomputers can claim the 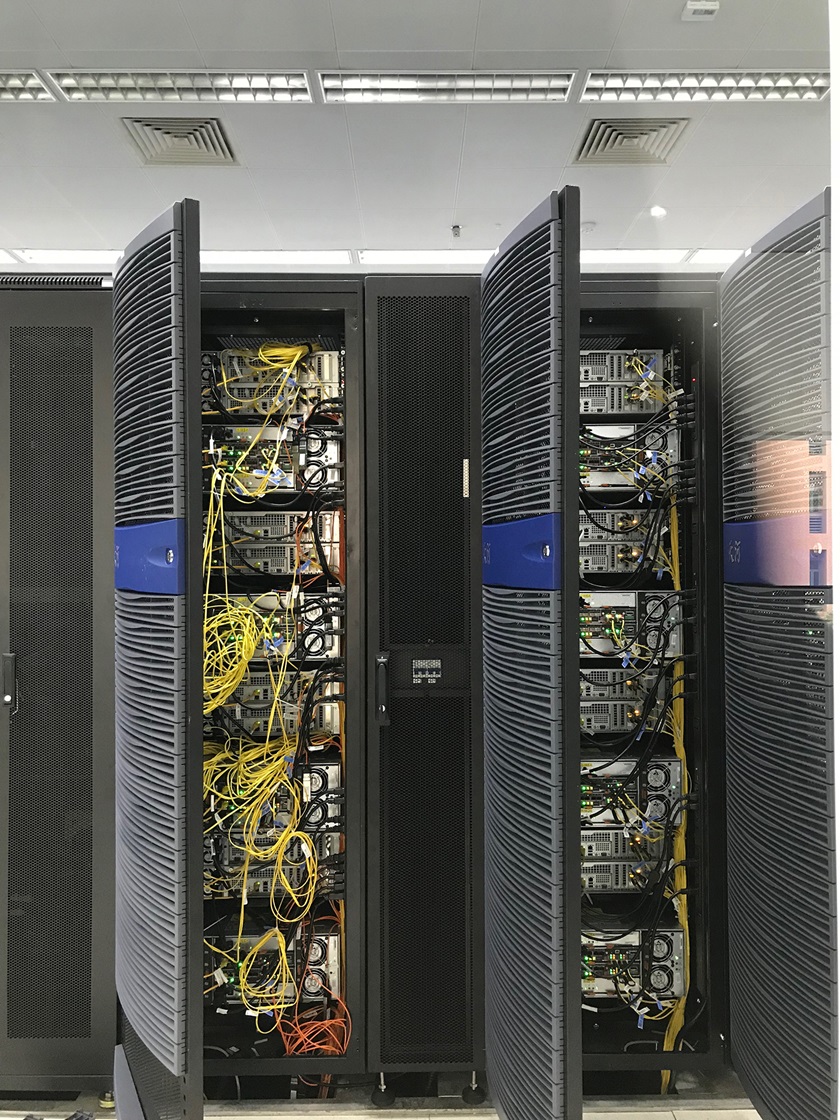 Milky Way 2 Photo credit: Monica Westmanhighest energy efficiency in the world, with a value of just over 17 GFlops/W.

China currently has the world's largest calculating power available within its borders. No fewer than 202 supercomputers on the Top500 list were situated in China in November 2017, to be compared with the US figure of 143. These two are followed by Japan with 35, Germany 20, France 18 and Great Britain 15.

"It is interesting to reflect on how rapidly China developed its own technology as soon as the US stopped exporting processors and other electronic components to China. Both China and the US are countries in which the technology that drives development is being created," comments Niclas Andersson, technical director for the National Supercomputer Centre (NSC) at Linköping University.

As a comparison, the supercomputer currently in use at the NSC, Triolith 25, has 600 cores and 1,600 nodes. The maximum power consumption when all are in use is 519 kW.

Together with NSC director Matts Karlsson, he is currently carrying out a procurement process for the next generation of supercomputers. Triolith is to be pensioned off during 2018, and replaced by a more powerful machine.

"We hope that the new supercomputer, with its calculating power of between two and three petaflops, will bring us once again into the top 100. A few truly powerful computers dominate at the top of the list, but after these the calculating power declines rapidly, with a long tail of approximately equally powerful machines," says Niclas Andersson.

The investment will bring a significant increase in calculating power, but NSC director Professor Matts Karlsson is worried that Sweden is falling behind. Needs are growing more rapidly than calculation capacity.

"The resources we have in this type of infrastructure are far too small. And it's not just traditional supercomputer users in, for example, chemistry, physics and fluid dynamics who require more capacity. We are seeing completely new groups of users, such as researchers into machine learning, knocking on the door," he says.

Number 1 on the Top500 list is the Chinese Sunway TaihuLight, at the National Supercomputer Center in Wuxi, built by China's National Research Center of Parallel Computer Engineering & Technology. It has a capacity of 93.01 PFlops. This means 93.01 x 1015 (or 93.01 trillion) floating point operations per second.

Milky Way-2 was previously top of the list, but is now in an honourable second place.
Third place is occupied by a Cray computer at the Swiss National Supercomputing in Lugano, Switzerland, which is the most powerful supercomputer in Europe with a capacity of 19.59 petaflops.
A Japanese computer lies in fourth place, while the US - which occupied top place for many years - now comes in fifth with its monster supercomputer.

Most powerful in the Nordic region in November 2017 was Beskow at the Royal Institute of Technology. It occupies place 69 with just over 67,000 cores and 1.8 petaflops. 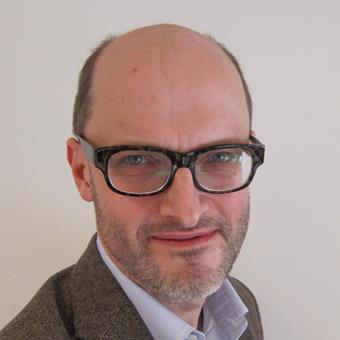 “We’re not worried about getting the science right, but we must increase interest among students and find new ways to spread our results and ensure that they are used in practice”, said Igor Abrikosov, in the concluding discussion at AFM 2018.

A further step has been taken along the road to manufacturing solar cells from lead-free perovskites. High quality films based on double perovskites have been developed in collaboration between LiU and NTU in Singapore.

Nordic Centre to link the Nordic countries and China

The Nordic Centre at Fudan University is an important link between Nordic and Chinese students and researchers. Magnus Jorem, programme manager, is aware of the challenges that collaboration between folk from northern Europe and China can involve.

Words of praise fly through the air as the third joint workshop at the Linköping University and Guangzhou University Centre for Sustainable Urban Development opens. The collaboration is progressing well, even if communication is challenging.

"We are becoming increasingly satisfied with the exchange student programme with China." The words are from Annette Theodorsson, in charge of the international exchange programme run by the Faculty of Medicine and Health Sciences.

Emilia Fägerstam, senior lecturer, and Anette Nyberg, teacher at Ekkälleskolan and Didaktikcenter were given an exciting task: conduct a course Education for Sustainable Development, to be given as continuing education for teachers in Guangzhou.