The robot group at Linköping University has acquired a new member. LetterMoose saw the light of day only a few weeks ago, and his reading and writing skills have already given him first prize in an international robot competition. 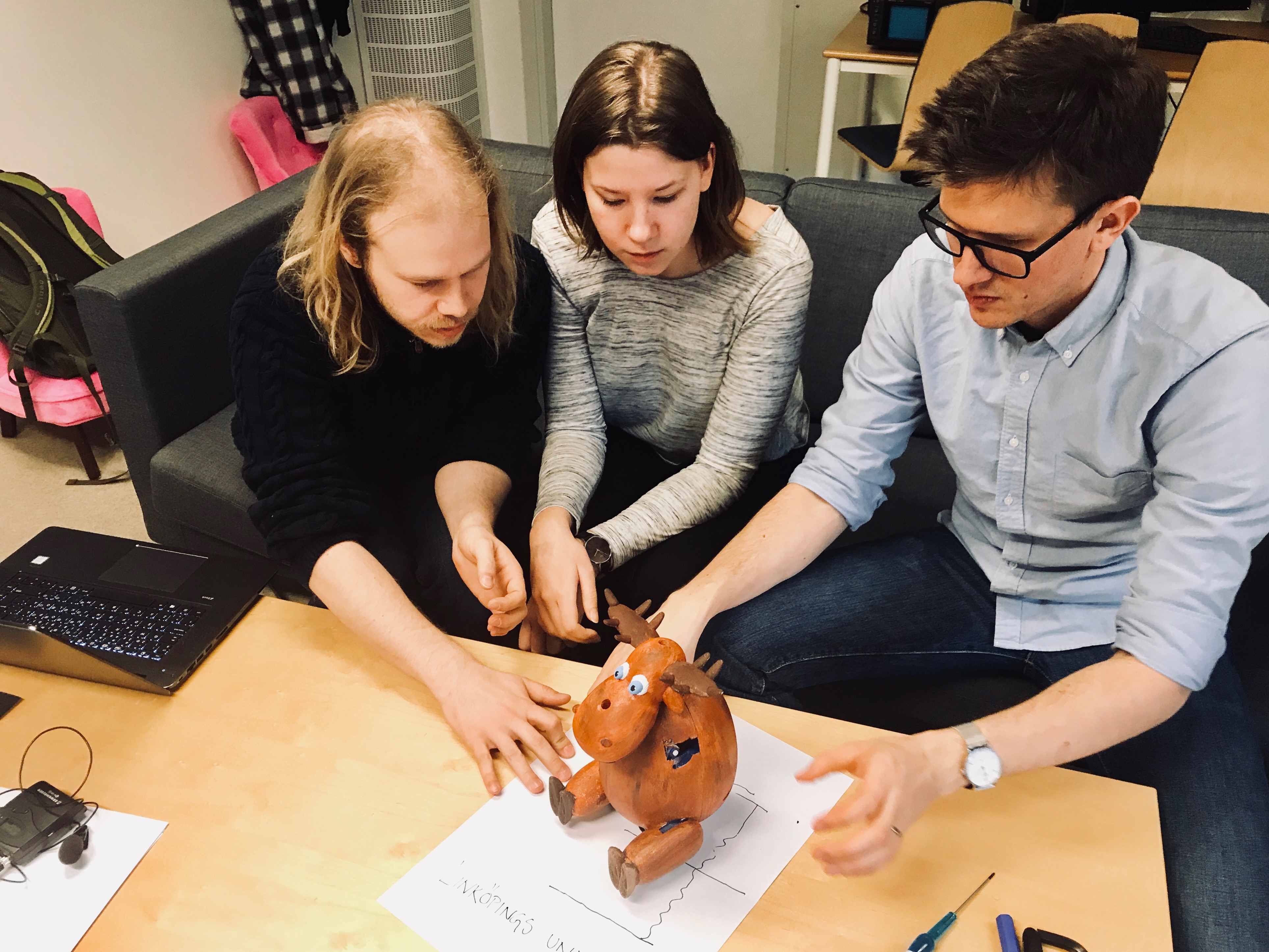 "The moose not only writes himself: he can also show children how to write, and he can communicate using sound. 'I don't think that word is spelt properly; let me show you how it's done'," says Sofia Thunberg.

Fredrik Löfgren, Sofia Thunberg and Sam Thellman from the Division for Human-centered systems (HCS) at Linköping University developed the moose, LetterMoose, when planning to attend the Human Robot Interaction 2018 conference in Chicago, held early in March. This was their entry to the student competition that was organised during the conference, and it brought them victory. 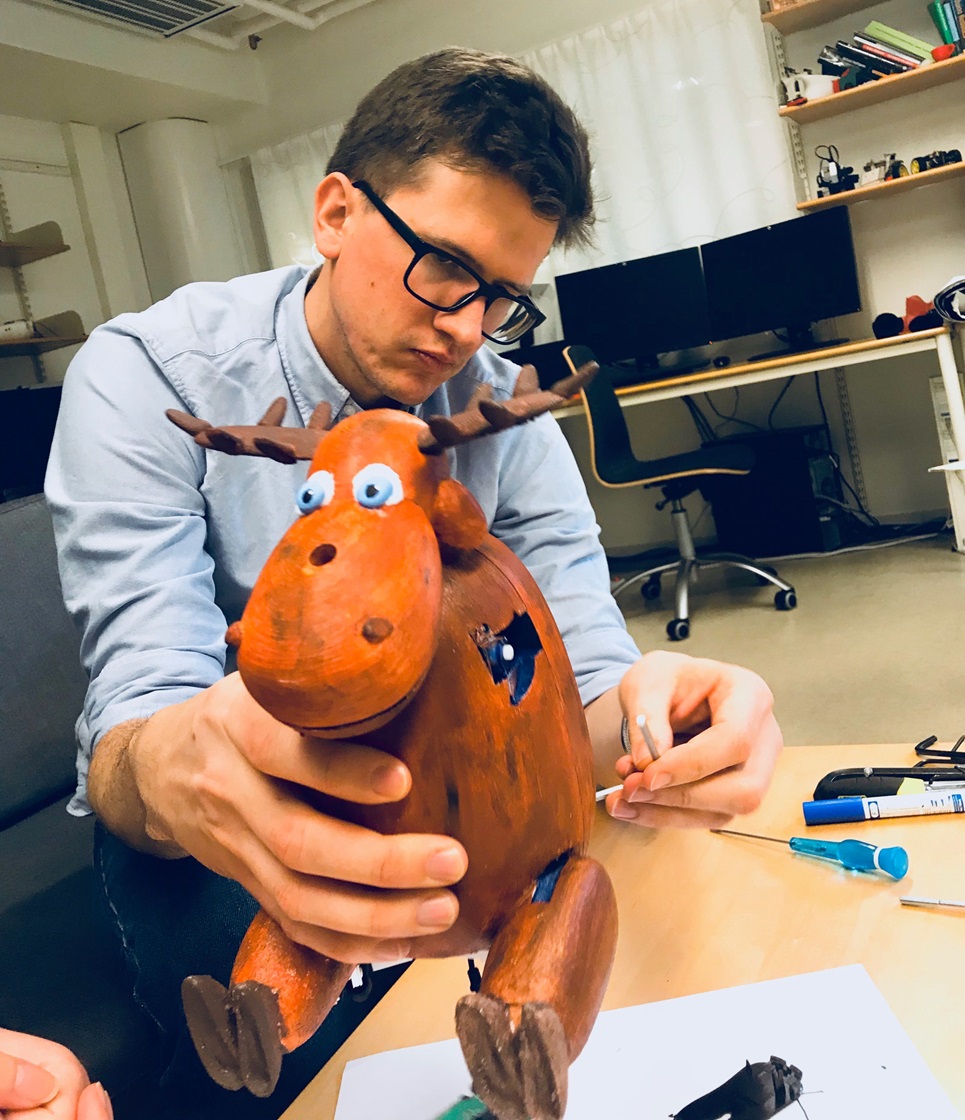 Sam Thellman"It stuck out a bit from the other entries: it's just great that people seemed to appreciate it," says Sam Thellman.

Intense work was needed when preparing for the conference, however, to get LetterMoose ready in time. They started to work with the design and the electronic circuits only ten days before departure.

"Some days we put in nearly 20 hours, and we had to set our alarm clocks for 4:00 am to travel in to Medialab, collect a 3-D print and start a new one. Printing the moose took a total of around 130 hours. The last of the printing wasn't finished until we were in the hotel room in Chicago," says Fredrik Löfgren.

LetterMoose is principally intended for use with children with autism, since they may find it easier to open themselves to a robot than to a person. The aim is that children will be able to take it home from school and work with it on their own. The developers have also thought about expanding the areas of application of the moose.

"It could also be used to translate between different languages, since it can read and write," says Sam Thellman. 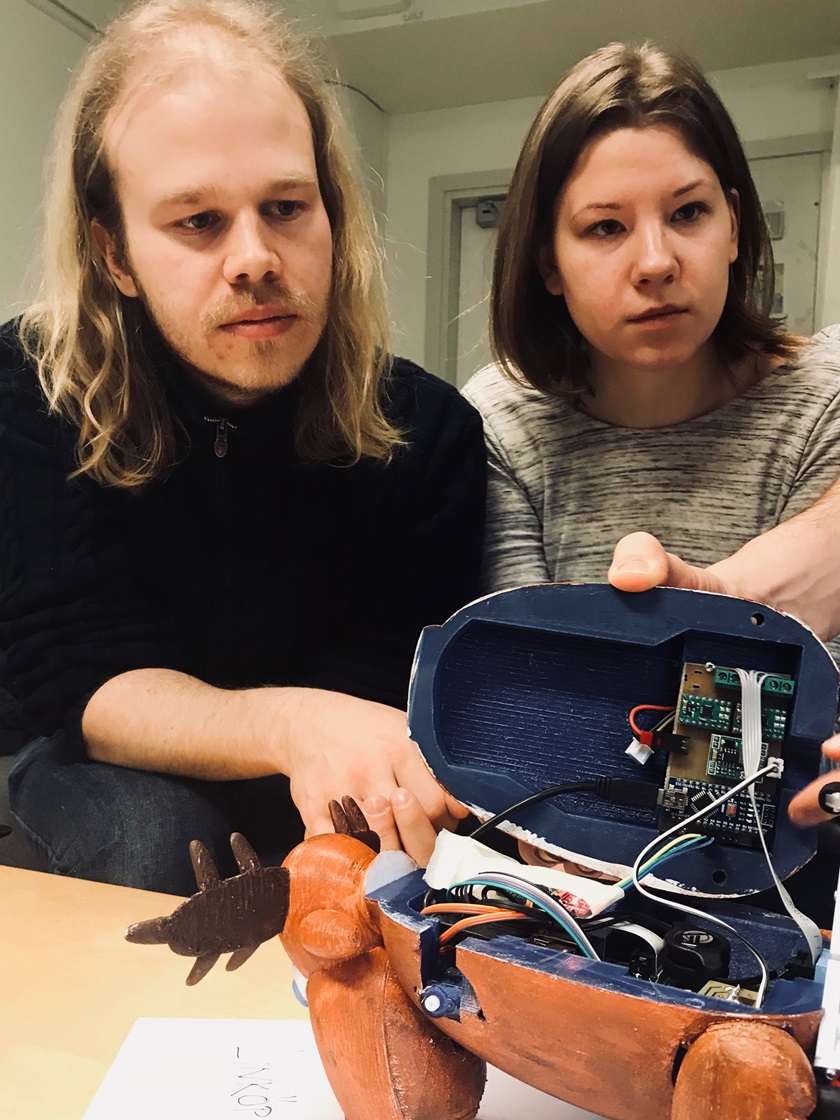 Fredrik Löfgren and Sofia ThunbergRobots, it is believed, will play a significantly larger and more natural role in our everyday lives in the future: computers with artificial intelligence and machines that can do the same jobs as people are already here.

"You can't stop progress: you have to accept it and adapt," says Fredrik Löfgren, who points out that this development should be made clearer in schools.

"The classroom has been pretty much unchanged since the 19th century, while the rest of society has moved on. It's time to introduce a bit more digital technology into schools and stop regarding computers simply as a tool to use instead of writing with a pen."