A demanding education led to employment for Painika

Just over 60% of the students who take the Supplementary Training for University Graduates programme at LiU find employment after completing the programme. Painika Bagge is one of them, and she’s really enjoying her job as manager for the breakfast personnel at Scandic City Hotel. 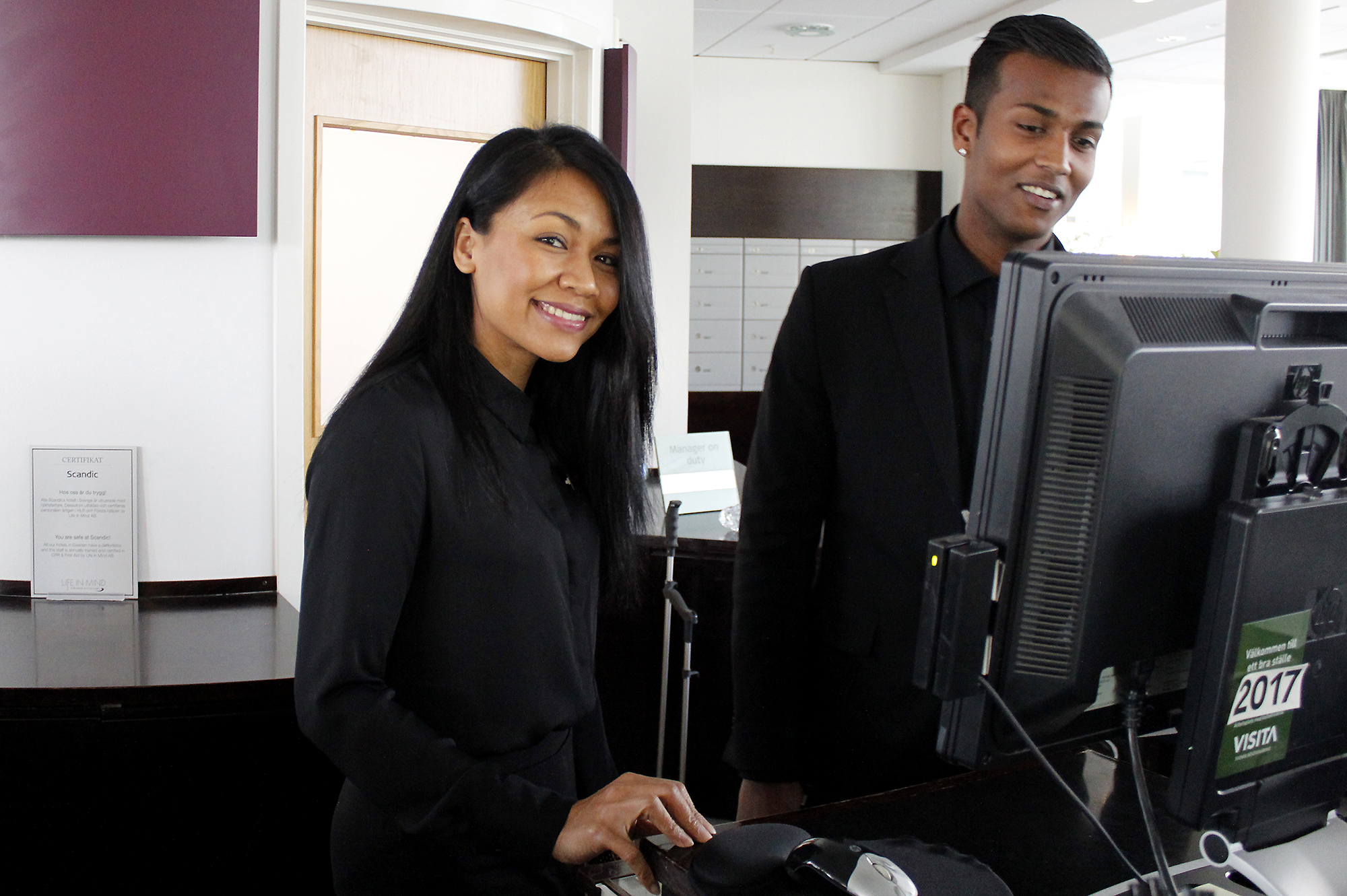 Painika Bagge came to Sweden in 2009 to be with her Swedish husband. She had taken a degree in business administration, specialising in HR, and worked as a secretary at a university and a hospital. She had also worked as a hotel receptionist and run her own hotel.
“I like hotels. They are rather different as workplaces – everyone enjoys themselves and have fun together. I feel at home at Scandic: it’s international, the personnel are of many different nationalities, we have many guests who stay here regularly, and I get to speak English.” 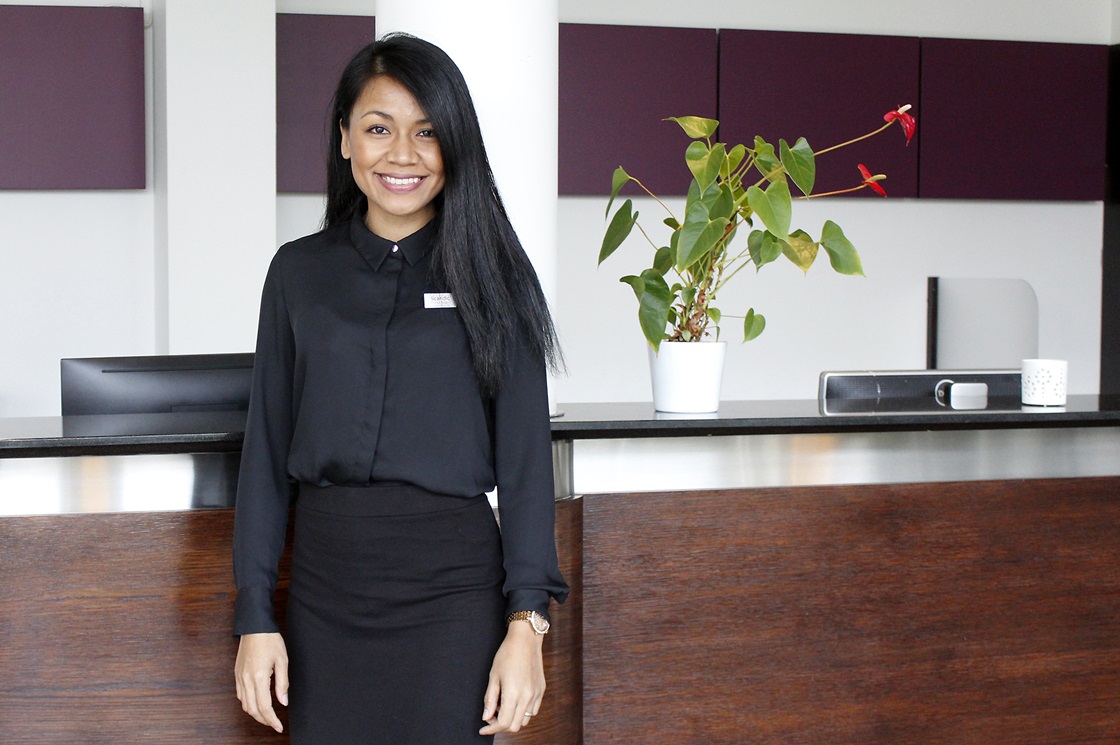 Photo credit: Elisabet WahrbyIt was from a placement during the supplementary training that Painika Bagge progressed to the job at Scandic. This training has been given at Linköping University since 2001, and in Malmö. It is a one-year programme for foreign academics who plan to stay in Sweden. During the first term, a great deal of attention is placed on improving the students’ Swedish language skills. In addition, they gain knowledge into Swedish society, and labour market regulations. Other subjects include social anthropology and Swedish literary fiction.
It is possible to devote the second term in its entirety to a work placement, or take a shorter period on placement and take courses at the university.
Painika Bagge undertook her placement at Scandic’s three hotels in Linköping, and got to test several departments and work tasks. She was the first student from the supplementary training programme who worked at Scandic on placement, and has been followed by a further three students.
She has also taken Scandic’s management training programme.
“The post of breakfast manager is completely new, and I’m the first person to have it,” says Painika Bagge. “It’s an important job – we have a huge number of extra personnel working here during the breakfast period. And breakfast is important, 95% of hotel guests take breakfast.”

When Painika Bagge arrived in Sweden she started to take the Swedish for Immigrants (SFI) course. But before she could complete it, her husband, a pilot in the armed forces, was posted to Germany, and Painika moved with him. The next posting was to the US, and during their time there the couple had two children. Back in Sweden, she took intensive courses in Swedish as a second language, and it was here that she saw the information about the supplementary training.
“The programme was really great, but demanding. The language made it difficult to learn, but we were forced to master it. The students were from many different countries, everyone found particular sounds in Swedish difficult to pronounce, and so we received individual help, in a sort of language clinic, where we spent a lot of time improving our pronunciation.
The best thing about the programme was the opportunity to combine the education, work experience and background I already had with advanced Swedish language studies.”

Was there anything you felt was lacking in the training?
“Time. Everything took me a long time. But it may be a good thing to work under time stress, that way you learn to cope. I am perfectly satisfied and happy that I got the chance to take this programme. Otherwise I would never have ended up here at Scandic.”

Do you have any plans for further study?
“I’m thinking about taking a master’s degree, something in management and the hotel industry.”