This project promises a glimpse into how the highly social human brain uses both contextual and tactile information in social interactions. 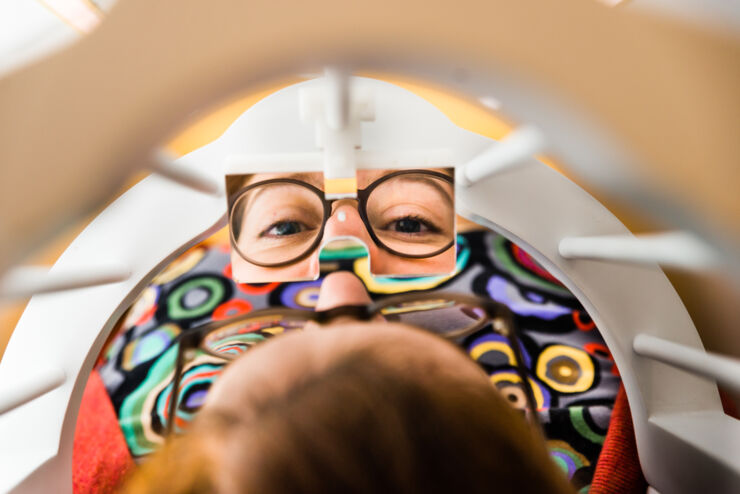 Starting from a seemingly simple skin-to-skin contact, tactile interactions can trigger a broad array of responses in the body, ranging from emotional feelings to physiological changes. Some of these changes may be mediated by the hormone oxytocin. This project uses blood hormone measurements and functional resonance imaging (fMRI) to investigate endogenous (internally-produced) hormonal and brain responses to social touch in humans. This collaborative project with Linda Handlin at the University of Skövde promises a glimpse into how the highly social human brain uses both contextual and tactile information in social interactions.

This project explores the central role of action in the way the brain processes the sensory signals of pain. 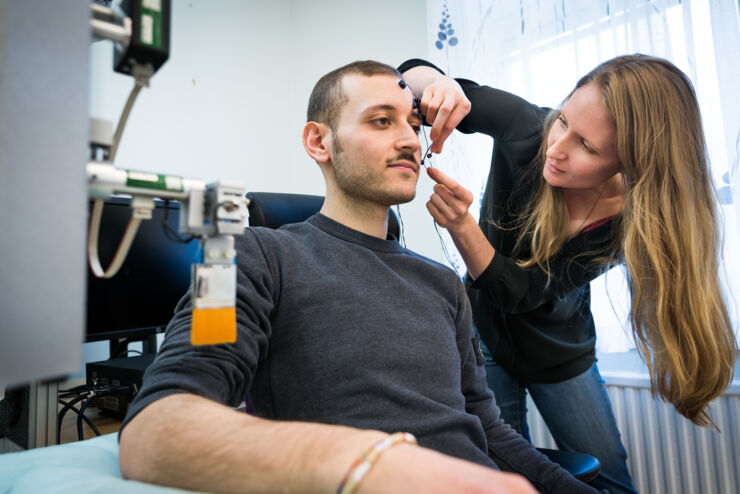 Photo credit Thor BalkhedWe have previously demonstrated that certain regions of cortex that are frequently implicated in pain play a central role in motivating and executing action, yet in a manner not specific to pain (Perini et al, J Neurosci, 2013). Since pain and behavior are so tightly intertwined, we are currently investigating the impact of making overt actions to reduce pain—not only on how the brain processes sensory signals, but how it may even shape expectations and decisions about pain. Our collaborative work with behavioral economists and psychologists Gustav Tinghög and Daniel Västfjäll (from the Judgement, Emotion, Decision, and Intuition lab) has shown that acute pain can increase risky decision-making (Koppel et al, Exp Econ, 2017). 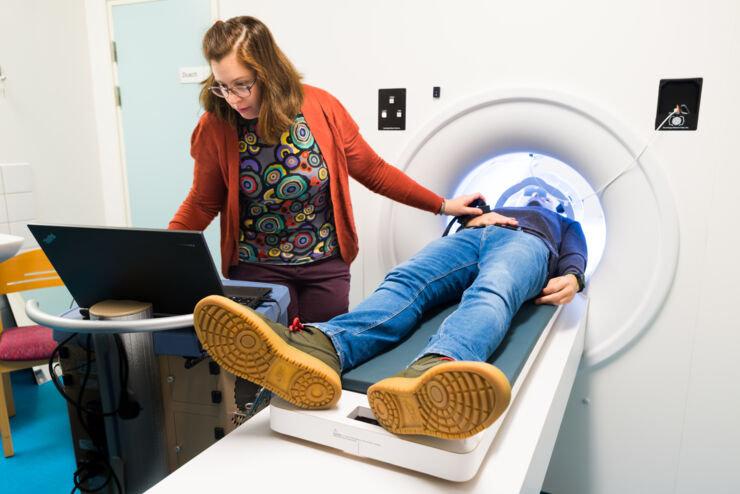 Although most people instinctively utilise touch in social interactions, there is considerable individual variation in how social touch is perceived. This project investigates how an individual’s physiological and psychological makeup and their social environment influence touch in social interactions: a “touch phenotype”. Are there population-level patterns in such touch phenotypes, and how do they correspond to factors such as the closeness of a social relationship, the “thrills and chills” of touch, or even stress and loneliness? This project combines methods including body mapping (Suvilehto et al, PNAS, 2015), digital phenotyping using technological interfaces like phone apps, charting of physiological traits such as autonomic nervous system responses and density of the nerves in the skin using corneal confocal microscopy (CCM; in collaboration with Dr Neil Lagali and Dr Sarah McIntyre), as well as facial muscle responses using facial electromyography (fEMG; in collaboration with Dr Leah Mayo).