The third Annual Phenomenological Approaches to Physics Conference "QBism and Phenomenology, Compared and Contrasted" will take place in Linköping on 15-17 June, 2020.

Structure of the Conference

Submissions should not exceed 500 words, must be written in English (conference language), and should be prepared for blind review. Please send your submissions and general inquiries to philipp.berghofer@uni-graz.at. Philosophers who are members of traditionally underrepresented groups are especially encouraged to apply. The submission deadline is February 15, 2020.

Partly due to recent interventions by philosophers of science with phenomenological leanings, it has become more common to argue that in order to clarify the nature of physical theories and the knowledge they encode, we must clarify the role physicists play when doing physics, for instance by focusing on the epistemic role of the physicists’ experiences and life-world. Following this trajectory, we might wonder whether we can expect physics to deliver a purely objective picture of the world, perhaps even grasping nature in its entirety, or whether, in principle, scientific observation, models, and theories must remain perspectival and can only reveal certain aspects of nature. Another crucial question concerns the relationship between observer and the observed in physical research. Can we make a clear-cut distinction between subject and object, or is there an intrinsic interrelatedness that has been overlooked in mainstream philosophy of science? As is well known, this latter question becomes particularly urgent in philosophical discussions about the foundations of quantum mechanics.

One novel and promising interpretation of quantum mechanics that sheds new light on these and related questions is Quantum Bayesianism or, as it is called since 2010, QBism. By emphasizing the role of the subject’s experiences and expectations, and by arguing that physical reality goes beyond what any third-person perspective could capture, QBism also exhibits several interesting parallels with topics dominant in the phenomenological tradition. The third installment of the annual phenomenological approaches to physics conference series thus compares and contrasts QBism and phenomenology, addressing how both approaches overlap and might enrich each other. Accordingly, the first two conference days are exclusively devoted to QBism and the question about its possible relationship to phenomenology. The third day is open to all kinds of investigations of how phenomenological motifs could and should enrich systematic debates in philosophy of physics.

The conference is organized with support from the Society for Phenomenology and the Philosophy of Science (SPSS) and the Faculty of Arts and Sciences at LiU, and Riksbankens Jubileumsfond.

Maps, information for visitors and information about the four campuses: Campus Valla and the University Hospital Campus (both in Linköping), Campus Norrköping (in Norrköping) and Campus Lidingö (in Stockholm). 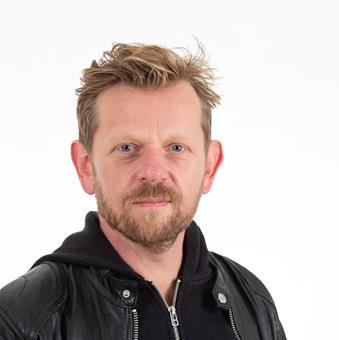