Parent education groups can provide support in the transition to parenthood. This support is important, and more knowledge about the child and parenting, as well as the ability to create new networks affect how confident one feels as a parent in the new role.

This research project focuses on understanding how parent educations groups work, how they are led and what the consequences are for expectant and new parents. The overall aim of the research project is to understand how teachership and leadership are formed in parent education groups, and to see how it affects collective learning, and ultimately the parents' perception of their parenthood and their ability to be a parent.

In Sweden parent education groups are held for becoming and new parents through the antenatal healthcare and child healthcare centers. They are led by midwives and nurses in child healthcare. The paradox is that even though it is a well established healthcare service research about its methods and effectiveness are scarce (National Board of Health, 2009).
Although no formal training as teachers or group leaders exists for midwives or nurses they are expected to help new parents achieve three national objectives: (a) increase the knowledge about child development and needs, and the relationship between parents and children, (b) create opportunities for increased contact between parents and between parents and healthcare, and (c) get an insight into the social conditions for children and parents.

Studying parent education groups involves studying the two roles midwives or child healthcare nurses can have in this context, a teacher and a group leader, but also to study the group of parents and the interaction between parents and leaders. There is a focus on the task, how it is transmitted and received, diversity in the groups, identification with the group, intragroup trust, and on collective efficacy.

Transition to parenthood – the role of parent education groups

The transition to parenthood is a big change in life and parents describe stress and anxiety. The transition can be made easier if the parents have realistic expectations and feel well prepared, if there is a social network, if they feel the support of healthcare, as well as through participation in the well-functioning parent education groups that attract both the woman and her partner. The transition to parenthood is inhibited by unrealistic expectations and an experience of stress and reduced control, and poor support and availability of healthcare.

The leadership role in parent education groups is important and can be described as both a didactic and social leadership. A didactic leadership is about how leaders processes the subject content. In parent groups, it is primarily about (a) the transfer of knowledge through lectures and (b) in interaction with parents discussing selected topics in the group. The social leadership is about how leaders interact with the parents. We found examples of both (a) an instrumental and (b) an investigative approach. The starting point for an instrumental approach can be a manual or own previous experience and knowledge while in an investigative approach the current group and the specific expectations and needs are the starting point for how the parent group is handled and planned.

When the leaders described their role the group could more or less be included or excluded. The descriptions could be about acting as process support in discussions (inclusion), or to be a mediator of knowledge (exclusion). When the leaders told us what was rewarding with parent education groups and what was  difficult a similar pattern appeared. Some included the group and described it as rewarding as they could contribute to well-functioning groups, but also saw the difficulties in managing group processes. Others excluded group and described the rewarding aspects in terms of personal gain or development. The difficulties were about feeling uncomfortable in the role.

How do you reach the national goals?

Based on our results, a picture emerges in which the leaders of parent groups only partially succeeds achieving the national goals. It shows the importance of parents getting the opportunity to participate in well-functioning parent education groups where interaction and discussion is central, but where the parents also can learn from the leaders' knowledge of parenting and child development. How can this be achieved? Based on our studies, some practical implications and recommendations:

• Midwives and pediatric nurses need access to formal training in group leadership where knowledge of group processes and leadership are highlighted together with pedagogical tools and communication. In this aspects of equality and gender come in to increase the possibility to include fathers in parent education groups.
• Procedures for competence development in everyday life need to be developed and resources are needed to be able to implement it. Collegual supervision can help midwives and pediatric nurses to reflect on and develop awareness of their role as leaders of parent education groups regarding how parents' expectations and needs are best met, how stimulate discussions and contact between parents.
• In planning and implementation of parent education groups, it is important to examine the specific group's expectations and needs and to shape the activities that best meet them. To only base groups on predefined themes is probably not the best to strengthen parents in her new role or to have well-functioning groups. A good balance between giving information parents may need and discussion in small groups is preferred, but where the group discussion is the most prominent activity. In this leadership role is primarily someone who invites to discussions and is there to support the process when the group continue working.
• A focus on group discussions increase opportunities for parents to develop social networks. Parent groups also need to meet on several occasions so there will be opportunities to build a safe environment where parents and midwife or pediatric nurse together can create knowledge from the specific group's abilities and needs and providing the best conditions for a successful transition to parenthood. 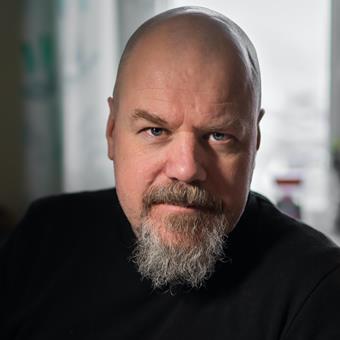 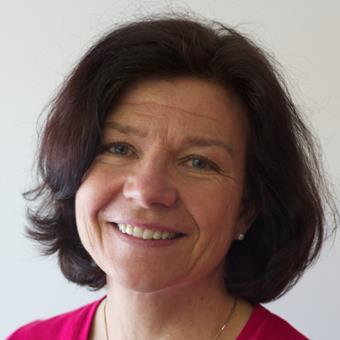 Social relations and social interaction affect how we behave and how we see and interpret our world. We are also affected by the context and the systems or organizations that we are in - it affects what we do but also how we feel.

Management, organizational structure and reward systems are factors that may affect organizational and social work environment. How do they affect individuals’ work experience, occurrence of bullying, levels of reporting in sick and perceived health.

Assessment of knowledge and ability when working in groups

Can we use education to train and develop teachers’ and students’ ability to assess at group work? Researchers from social psychology and education are collaborating to increase knowledge about assessments in group work situations in school.