In our multicultural world we strive towards interaction, integration,
learning and communication - interculturality. But what we in the West experience as interculturality, we often see through colonial eyes.

Interculturality is an increasingly frequently used expression, used to mean social processes where people with different cultures and languages communicate with each other. The aim is integration, understanding and tolerance between different groups. 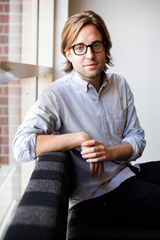 Foto: Anna NilsenBut is it possible to achieve interculturality at all? This is the question in focus in a new thesis by Robert Aman of Linköping University.

“Interculturality must be changed appropriately according to where someone comes from, what language they speak and what cultural background they have.”

The analyses show that interculturality very often gets caught up in a European view of the world.

“One example taken from EU policy is the direct challenge to increase interculturality by taking advantage of the fact that Europe has linguistic inroads into many countries in the world. But this is a hand-down from colonialism,” Mr Aman says.

“In one area of the world–ours–this is seen as a pragmatic solution, but in other parts of the world it might be seen as continued dependence on imperial heritage, where the counterparty is obliged to adapt their linguistic apparatus according to a European frame of reference.” 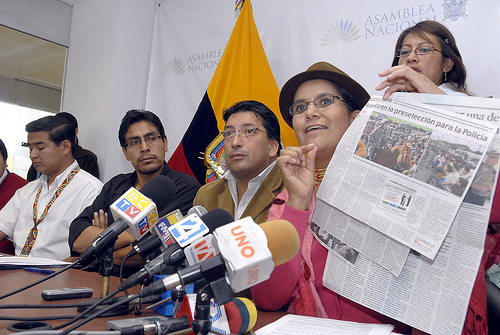 Mr Aman has found an alternative basis in a translation of interculturality: “interculturalidad”, taken from the struggle by the indigenous people of Bolivia, Ecuador and Peru to be visible in the public arena.

“Here they have reclaimed and given greater value to their languages. In Bolivia they have even founded an ‘indigenous university’. By thinking and teaching in their own language they are able to reclaim and shape their identity.”

And through their own experience of colonialism they are possibly able to bring a certain distancing from interculturality with its implicit Eurocentrism.

Robert Aman defended his thesis on 23 May 2014. It is titled ”Impossible Interculturality? Education and the Colonial Difference in Multicultural World”.