Linnea Bergman and Anders Tegnell - Alumni of the year 2020

Fighting for sustainable electricity and against COVID-19

The two Alumni of the Year have been announced – Linnea Bergman, managing director of Solar Bora, and Anders Tegnell, state epidemiologist at the Public Health Agency of Sweden. 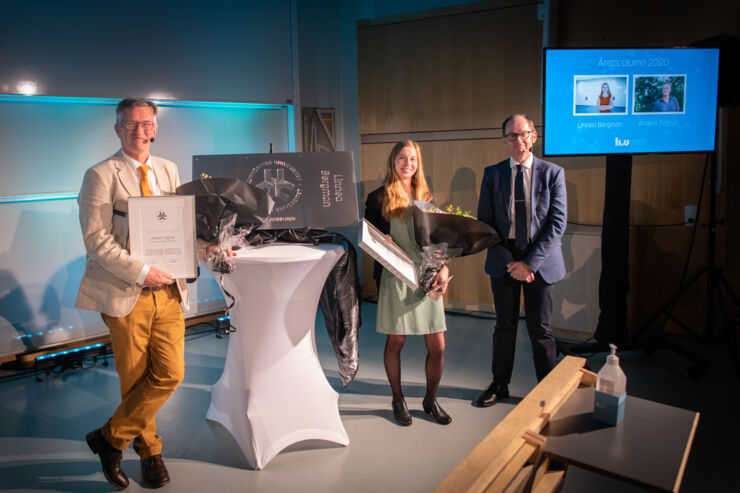 Linnea Bergman, an alumna from the master’s programme in energy – environment – management at LiU

Linnea Bergman is managing director of the Linköping-based company Solar Bora, which markets solar energy systems in Africa. She works to provide eco-friendly and cheap electricity to the world’s poor such that they can, for example, cook healthy food, illuminate their homes, or found a company and start to earn an income. As early as her years in upper secondary, she started to think about working with energy systems. She discovered the huge significance that access to electricity has for the survival of people when working as a volunteer in Tanzania. Linnea’s degree project was based at the then newly established company Solar Bora, where she was offered a job after graduating and became managing director one year later. 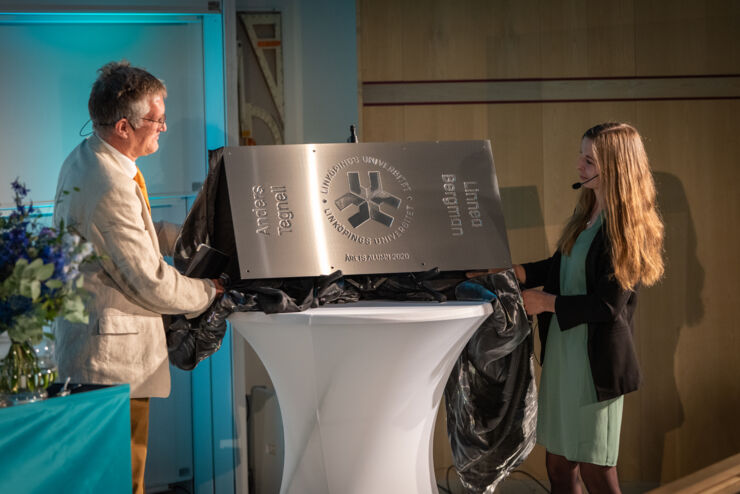 During the pandemic-dominated spring of 2020, state epidemiologist Anders Tegnell has provided daily information about the situation and answered questions about the spread of the novel coronavirus and Sweden’s strategy. His endurance, calm and objective approach have given security to many people in a time of uncertainty. Anders Tegnell started his professional career as specialist in infectious diseases and his work has included establishing vaccination programmes in Laos with WHO. In his role as state epidemiologist he leads and coordinates Sweden’s communicable disease control.

Who and what are Alumni? This video will give you all answers.

As a former LiU student you’re an important part of Linköping University. Your experience helps us give the students of tomorrow the best possible education. And your knowledge helps make society – and the world – a little better.

As a member of LiU Alumni you get invitations to alumni get-togethers when LiU visits your country, as well as newsletters and other information about what is going on at the university. Plus, LiU Alumni is a forum for staying in touch with your former fellow students. Membership is free.

Here you can join the network, update your contact information and indicate what kind of contact you want to have with LiU. 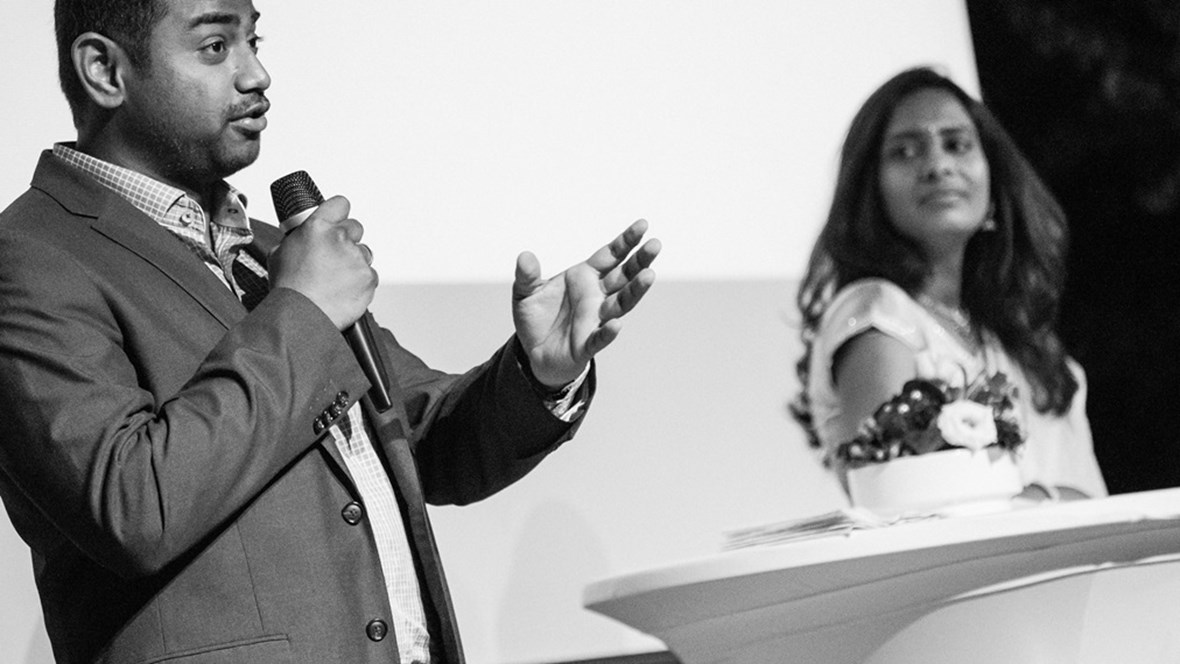 Get involved as alumni

Our alumni are very valuable to us at Linköping University – you are our best ambassadors! Would you like to help us show future and present LiU students what can happen after they finish their studies?

Amanda Borneke is leading climate adaptation in the construction industry

The construction and demolition industry is facing many sustainability challenges. However, with communication and an impressive innovative spirit, alumna Amanda Borneke has shown that the industry is ready for climate adaptation.

Entrepreneur with an eye for diversity

He has won awards for his work with suburban adolescents and his international projects. Hamza Mostafa, political scientist, is driven by a social engagement, with a focus on entrepreneurship as a means to foster development.

Combatting an elusive coronavirus with patience

State epidemiologist Anders Tegnell stood in the centre of events when the novel coronavirus started to spread around the globe. He is one of the Alumni of the Year for 2020.

Around four million people die every year from diseases caused by the smoke they inhale when cooking over an open fire. This is a problem that this year’s Alumna of the Year, Linnea Bergman, hopes to solve.

Fighting for sustainable electricity and against COVID-19

State epidemiologist Anders Tegnell is on the front line in the fight against the COVID-19 pandemic. Engineer Linnea Bergman is marketing solar energy systems to Africa. These two are Alumni of the Year, 2020.

Suad Ali, LiU’s Alumna of the Year for 2016, is to publish her debut novel – about a woman who flees from Somalia to Sweden. “I want to change the narrative that displaced women are always helpless victims”, she says.

“People turned up! What a relief”

The Kalas event is Sweden’s largest welcoming party for new students. Today it's an important LiU tradition, but how did it start?

LiU’s vice-chancellor is finishing her term

After nine years as LiU’s most senior executive, Helen Dannetun is finishing her term as vice-chancellor. But she will remain at LiU, and is hoping for important assignments in the future as well. “Now is the right time to finish”, she says.

Alumnus Sofie Lärkhammar: I will never forget the education at LiU

As business development specialist for the Finnish gas company Gasum, Sofie Lärkhammar has had an exciting – and important – start to her professional life. From her education at LiU she has some unforgettable memories.

Put two cans, Classic and Light, of fizzy drink into water. One floats, the other sinks. Magic! Sara Magnusson wanted her Experimentfabrik to make children curious. But they must also be able to read, so today she’s measuring reading ability.

Speaker of the Riksdag is Alumnus of the Year

Andreas Norlén, Speaker of the Riksdag, made a historic contribution to ensuring that Sweden gained a new government. Sara Magnusson inspires young people to become engineers. These two are Alumni of the Year at Linköping University.

CEO with an eye for innovation

Honorary doctor from Sudan fighting for women in academia

Physics researcher and LiU master's alumna Nashwa Eassa has a vision – that women in Sudan will gain equal opportunities for education and research as men. At Linköping University’s annual Academic Ceremony, she was awarded an honorary doctorate.

Since 1973, a festival of student music known as SOF has spread happiness among students and Linköping residents. But how was it that the largest student-organised festival in Sweden ended up in Linköping?

By carrying out field studies in a developing country, students can contribute to a better world, while gaining different and memorable experiences. The Minor Fields Studies programme is open for students from all academic fields.

From LiU student to minister

Åsa Lindhagen took a master’s degree in engineering at Linköping University. Now, 10 years later, she has been appointed minister for gender equality. The advice she gives to today’s students: “Sit down occasionally and reflect. Think about how you can contribute to society.”

The LiU year in review

The peace of Christmas finally descended onto LiU. It’s time for a pictorial review of some of the events during the LiU year, 2018.

The LiU Life Science Meeting was arranged to inform biomedicine students about opportunities in the labour market after graduating.

The 2018 Alumni of the Year, Rebecka Le Moine and Eva Uustal, received their awards on 11 October. Both have fought to raise awareness of important issues – biodiversity and birth injuries respectively – in order to make change possible.

From shy student to head of consultancy in Shanghai

“I think I’ve succeeded pretty well in achieving the dreams I had when I was a student. I wanted to work in China, and I’ve had several management positions in different industries", says Charlie Xu. 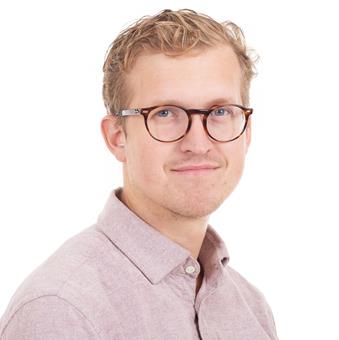 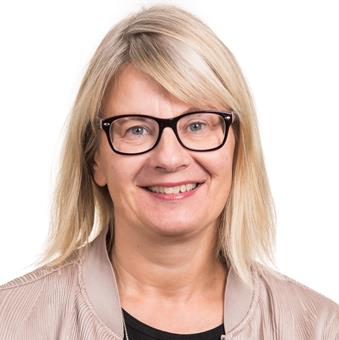