Europe’s sharpest electron microscope was put into use at LiU in 2011, and now materials researchers are lining up to use Arwen. 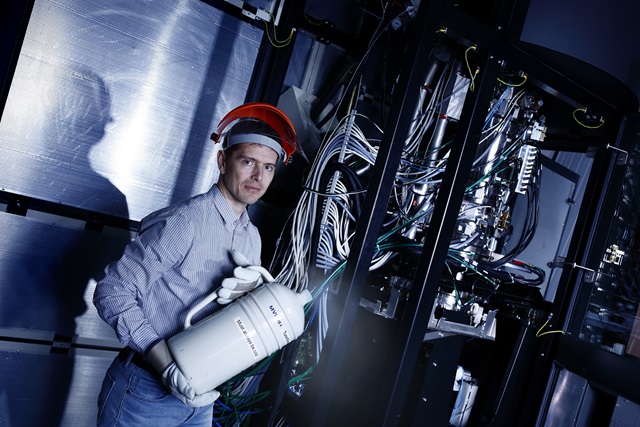 In the control room in Ångström Building, Justinas Palisaitis is sitting motionless in front of a computer screen. He is focused on scrutinizing what he’s looking at. In the glassed-in room beside him is Arwen – the electron microscope – seemingly just as immobile, but with unimaginable power within its black shell.

Mr Palisaitis is a postdoc in thin film physics who works in the Department of Physics, Chemistry, and Biology at Linköping University. But today, he is the expert. A group at another Swedish university with whom Mr Palisaitis is collaborating has sent a sample for analysis in the electron microscope. Today’s task is to understand what bonds there are in the cement holding together a new boron-based compound.

“Since we have both the instrument and the experts, many Swedish universities send their samples to us. But many universities abroad are also interested in our helping them,” says Per Persson, associate professor in thin film physics.

Materials researchers around Europe are lining up to use Arwen’s services – those occupied with hard materials such as semiconductors, ceramics and metals are especially interested.

From Lennart Nilsson to today

In the 1950s, Lennart Nilsson took his world-famous pictures of foetuses using an electron microscope. Since then, electron microscopy has developed a great deal, and the ranges of applications in chemistry, medicine, and biology are many. Since 2011, there has been a transmission electron microscope at Linköping University – Arwen – that is suited for examining metals and new semiconductor materials down to the atomic level. The hope is that though studying materials at the nanolevel and finding out how they work, it will be possible to create new materials that can be used in, for example, surgical implants, solar cells, or LEDs. This is also why businesses such as Sandvik and ABB are interested in participating in projects with Linköping University.

“Above all, we have adapted our research to our traditional materials, but new materials are taking up more and more space as we discover what possibilities exist. The most exciting new materials we’re working with now are MXenes, a family of two-dimensional materials with enormous potential for better batteries and electrochemical storage,” Mr Persson says.

So far, Arwen has been assisting researchers for four years. But how long can an electron microscope really be counted as first-rate?

“The lifespan of something like this is usually said to be around ten years. But over the years we’ve had Arwen, optics hasn’t gotten much better. This is still an incredibly sharp instrument, and I don’t see optics developing so much over the next few years,” Mr Persson says.

A house of its own 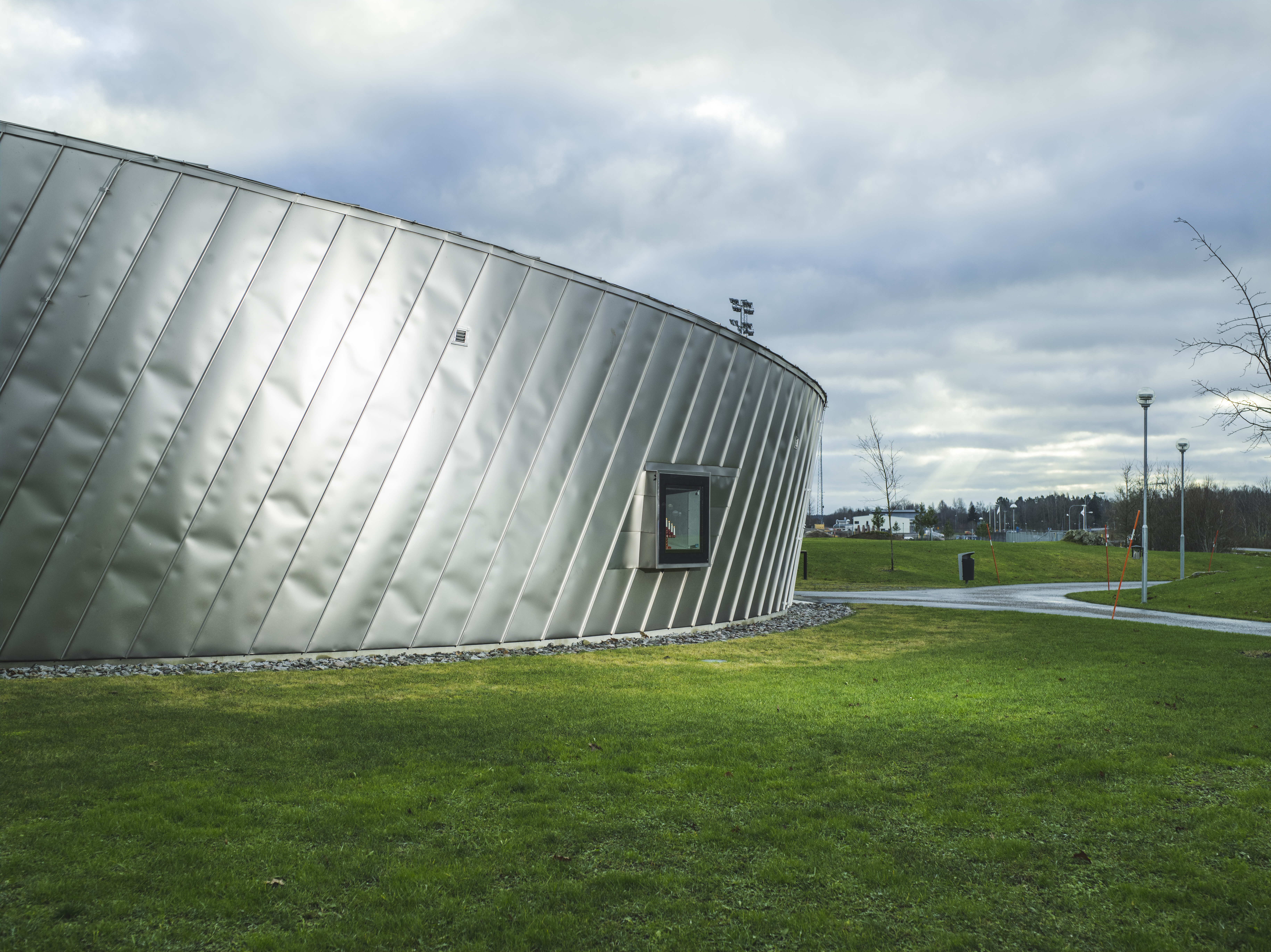 When it became clear in 2011 that Linköping University would be getting SEK 46 million from the Knut and Alice Wallenberg Foundation to purchase Arwen, planning began for where the supersensitive instrument would be located. A location was needed where there were stable temperatures and low electromagnetic fields, and where there were connections to rock.

“Outside the Physics Building, it was twelve meters down to the bedrock. We would have needed to put the microscope on stilts, and that could become wobbly. So the building ended up here instead,” says Mr Persson, sweeping his hand across the oddly designed room he is standing in.

The new circular, titanium-plated building – with slanted walls to prevent echoes – sits a bit on the outer edge of the university area, with stable anchorage in the bedrock. At least until now, when a construction project in the vicinity started causing disruptions to the instrument.

“But we have good communications with the construction contractors. They’re especially quiet on certain days so that we can take sensitive measurements then.”

It could be said that Arwen has senses like an elf, the beings in J.R.R. Tolkien’s stories that Arwen is named after. Elves have keener sight and hearing than any other creature, which suits LiU’s Arwen – who can see down to the atomic level and is sensitive to low frequencies.

“We have a tradition of naming our equipment according to a theme; this time around, we christened the electron microscopes after elves in Tolkien’s world. Perhaps a bit pathetic, but sometimes we have some free time,” Mr Persson says, laughing.

In front of his screen, Mr Palisaitis sighs. The sample he’s had sent is not of good enough quality. A common problem, according to Mr Persson.

“It’s no longer the instruments that set the limits, but the samples we look at. Sample preparation is mechanical handiwork that you learn as a doctoral student. It requires an instinctive feeling and is the basis for being able to get the information you hoped for. Without well-made samples, it’s not possible to make use of the extra power in a microscope like Arwen.”