Ericsson executive with Dubai as base

With a Master's of Science in Industrial Engineering and Management as a foundation and broad experience from over 20 years in different executive posts within Ericsson, Victoria Strand is now taking over as head of Ericsson in the Gulf region and Pakistan. 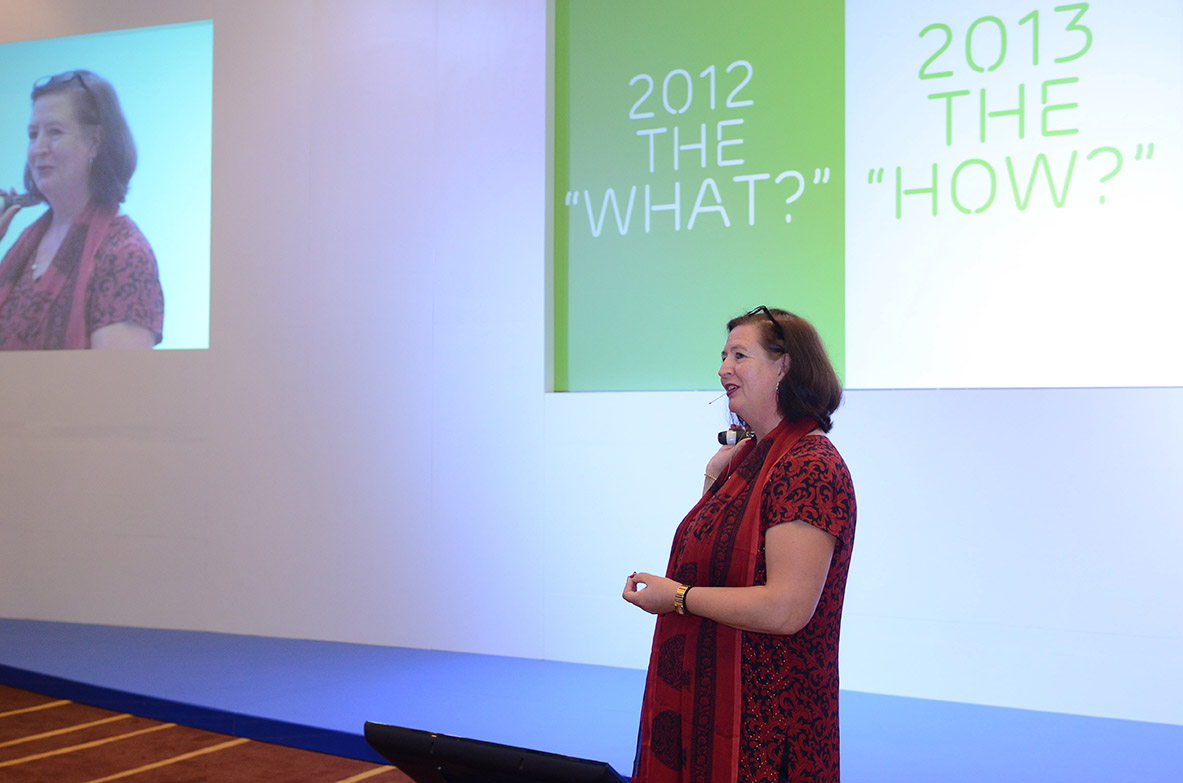 Foto: EricssonIt is thanks to her father that Strand, a Stockholm native, chose the Industrial Engineering and Management programme in Linköping. With good marks from high school, she had her sights set on becoming a doctor at Karolinska Institutet (KI). But her marks were not good enough for the first round of admissions.

“Dad asked me what I really wanted to do, and I answered that I wanted to work with people. Then he asked: Do they have to be sick?”, she says.

They did not need to be, in fact, so he fished out a brochure from Linköping University that had just been thrown into the waste-basket and pointed to the master’s programme Industrial Engineering and Management. After a little thought she decided to test it out for a term while waiting for KI’s admission in the spring. When the acceptance letter from Karolinska Institutet finally showed up, it was too late. The programme at Linköping University was so good she decided to stay – something she has never regretted.

“Linköping is a fantastic university city; almost everyone came from someplace else and needed new friends. We all had a great time.”

First job in the Soviet Union

Her first job,apart from a nine-month diversion at Hewlett Packard, was at Ericsson as area sales manager Soviet Union – head of sales for AXE and other Ericsson products to the former Soviet Union. How did she tackle that?

“We got broad technical instruction and got to poke around in a number of different areas like business administration, economics and marketing, and we did a lot of case studies out at companies. We constantly got to hear that we would be executives and had a feeling we could do anything,” she says with a laugh.

“But it wasn’t exactly possible to apply what I learned about marketing to the Soviet Union,” she admits.

After a couple of years she was advised to work on something more technical, and she wanted to go further in her career with Ericsson. She started working in product management – finding out from vendors and customers which products might be needed in the future, and then prioritising efforts according to that. In that connection, she also became head of software launches for Ericsson’s AXE telephone exchanges around the world.

And so it continued. During this time, she has had two children and been entrusted with heading up everything from Human Relations and communications to technical sales support and a CEO job
tasked with remodelling operations within Ericsson Test Environment – a subsidiary where all new products are tested so that they work together with the older products.

Working in the Gulf countries

In 2010 she was recruited as head of strategy and marketing in the Gulf Council countries and Pakistan, a part of Ericsson Middle East region. Now, a few years on, she has been named head of customer relations, tasked with managing the relationships with all of Ericsson’s customers in the United Arab Emirates, Bahrain, Kuwait, Oman, Qatar, Yemen and Pakistan, and seeing to increasing profitable businesses in all these countries.

With all my preconceptions,I cannot help wondering how it is going. The countries around the Gulf are not known for their progressive views on women.

“It’s no problem. Ericsson is a Western company, people know that anyone can show up – black, white, women and men – and that there’s nothing strange about it. Of course we have customers who don’t shake my hand when we greet each other, but in that case we greet each other another way. It’s a religious question for them, and not about a lack of respect,” Strand says.

She talks about women executives in other major companies in the region who have not had any problems either.“Now I’m old enough to walk around outside, but as a young woman I wouldn’t have been able to travel to Saudi Arabia without a man accompanying me. I travel in an abbaya – an ankle-length black dress – but have nothing on my head, and no one has ever reacted.”

In 2010, Strand took her whole family and moved to Dubai.

“Of course it can feel plastic and artificial; everything is newly built and newly constructed, but it’s safe, clean, and simple to live here. Most Westerners ship their families home for the summer, from June till the end of August, as it’s at least 45 degrees C here with 100% humidity. This way we get the best of both worlds.”