Ethnicity as a strength

Is it possible to be Swedish one day, Iraqi the next day and Arab or Chaldean the day after that? Can you call someone jävla svenne (bloody Swede) as a compliment? In Layal Kasselias Wiltgren’s doctoral thesis, the answer is yes. 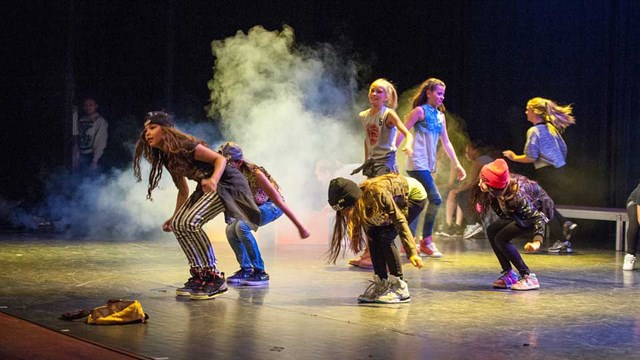 "Common Swede with Pakistani background" – an example of a pupil’s natural way to introduce herself at a junior high school outside Stockholm. For her doctoral thesis, Layal Kasselias Wiltgren, from Child Studies at the Department of Thematic Studies, studied the pupils' strengths and how they use their ethnic background as a resource.

For one year she followed two grade eight classes with 47 pupils, most with parents born abroad. From breakfast to the end of the day, she recorded their conversations.

It turned out that ethnicity and origin were anything but taboo, and there was an unspoken rule that you should be proud of your background.

"You have to be yourself. Pride was expressed both verbally and visually, using ethnic and national symbols," says Layal Kasselias Wiltgren.

The young people also filled various ethnic categories with new contents. For instance they called themselves or others svenne (approximately "Common Swede"), to contrast with the new arrivals who had not yet learnt the social codes, and were thus called "imports".

"The ethnic categories were fluid, and Swedishness was a norm that was open and available to everyone. This challenged the division between Swedes and others, and the idea that different ethnicities exclude each other."

Many of the pupils were bi- or trilingual. They made use of their multilinguality to solve problems and conflicts in the day-to-day interaction with other pupils, but also to manage their relationships with their teachers.

"They could express their dissatisfaction in a language that the teacher or classmate didn't understand, to avoid conflict. Many could also use standard Swedish when necessary, but they spoke in a way that created solidarity within the group," says Layal Kasselias Wiltgren.