How coffee protects against Parkinson’s

A specific genetic variation discovered by researchers at Linköping University protects against Parkinson’s Disease – especially for those who drink a lot of coffee. 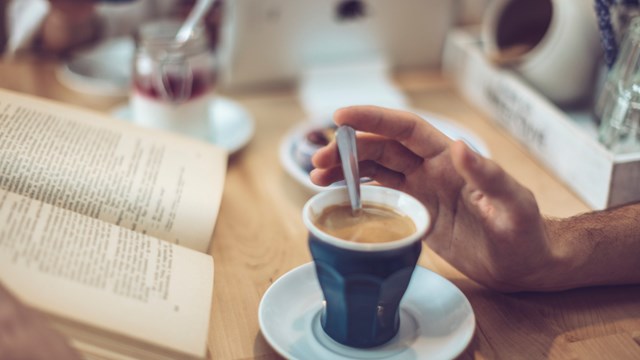 The study is published in the scientific journal PLOS One.

Diseases such as Parkinson’s, where the nerves decompose, have a complicated background where both genetic factors and exposure to environmental factors are involved. In a study of a million genetic malformations, the LiU research team identified a variant of the GRIN2A gene as a protective factor against Parkinson's. The corresponding protein is part of a complex that is thought to play a role in several degenerative nerve diseases.

An epidemiological study of Parkinson’s patients from Östergötland and Jönköping examined a combination of a previously known protective factor – caffeine – and the genetic variant in GRIN2A. The findings show that individuals with this combination run a significantly lower risk of developing the disease.

The study gives a molecular explanation to the protective effects that increased caffeine intake has on the development of Parkinson’s. Caffeine integrates with a dopamine receptor that regulates the flow of calcium into the cell. As dopamine is part of the human reward system, and the interaction of caffeine with it, it has been speculated that individuals with certain genetic variations are not “rewarded” to the same extent by a cup of coffee, and therefore would not enjoy the same protective effect as others. The newly published study shows that GRIN2A can be a part of such a genetic predisposition.

The study was conducted with financial support from the Foundation for Parkinson's Research at LiU.