How refugee children are prepared for a life in Sweden

Sweden is a free and equal country, where material welfare is a given and the lifestyle is active. This is the image that is given in what is known as Sverigeprogrammet (the Migration Board's Cultural Orientation Program) aimed at children who are to be relocated to Sweden, according to a new thesis at the Department of Child Studies. 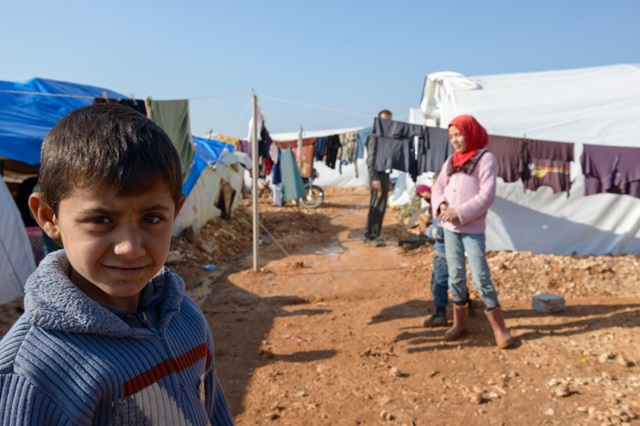 Foto: Joel CarilletEvery year a smaller group of “quota refugees” is selected to come to Sweden. In what is known as Sverigeprogrammet, the ones chosen are prepared with information on relocation, Sweden and conditions in Sweden before they arrive. This is so that the families will be ready for the move and the coming introduction to the new country.

Mehek Muftee followed and analysed the part of Sverigeprogrammet that is directed towards children and young people. In 2011, she stayed in refugee camps in Dadaab (then the largest refugee camp in the world, with more than 400,000 refugees) and Nairobi in Kenya and in Khartoum in Sudan. Recently she defended her thesis at the Department of Child Studies.

An idealised image of Sweden

“The delegations from Sweden work hard to create a sense of security and to give the children hope for the future," she says. “This is done, for example, by giving an idealised image of Sweden. The delegations bring with them pictures of the best things about the country, and toys. They want the children to know that they are coming to a country with a lot of opportunities.”

The job of Sverigeprogrammet is to inform, to create dialogue so that the refugees are given the opportunity to ask questions, and also to actively involve them in their relocation process. The idea is that knowledge contributes to creating good conditions for successful integration.

Information rather than dialogue

But it is information, rather than dialogue, that the thesis shows is the central theme. The delegations often start from their own preconceived ideas of refuges as “passive others” who are in contrast to a perceived “Swedishness”. The meetings tend to have an educational character, where the aim instead is to create change in the refugees – socialisation. The ideal image of Sweden is bound up with an image of the ideal Swedish citizen. The children are told, especially the girls, that Sweden is a country of equality and that women here are free to choose their own lives. At the same time, however, they are urged not to get married and have children too early, but to concentrate on their education.

“It’s a dilemma,” Ms Muftee states. “In Sweden you can choose your life, but make the right choice!”

She emphasizes, however, that the programme format itself is complicated; time is limited and the language barrier makes the work difficult. This leads to the information being oversimplified and at times stereotyped.

The thesis also shows that the children in the orientation programme are active, in contrast with the image of the passive refugee. They balk against being seen through stereotypes, and they challenge their positioning as different. One girl pointed out, for example, that women in Eritrea also work, and another that actually she is free to choose who she wants to marry.

The thesis raises the issue of what this work, in which integration measures are aimed at refugees, actually achieves in practice, and also that of the difficulties in highlighting norms and values as “Swedish” and at the same time creating a dialogue on the children's terms.