Loads of people, fun and food. LiU’s international students went
all out when they presented their countries, regions and cultures at
International Day. 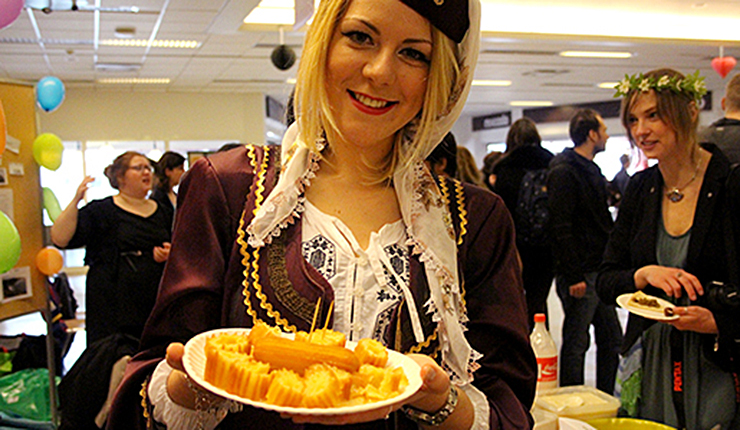 ”The baking took a day or so. My mum might have a few things to say about the results, but still. Please, try some!” says Erasmus student Mirheta Omerovic från Bosnia-Herzegovina as she holds out a plate of her favourite biscuits, baked in a special cake mould. All in all there are eleven different types, including one with salami.


“But it took even longer for me to decide how to present my country. I love it and want to show everything. Most people ask about the biscuits, but I take the opportunity to get them interested in my country,” says a smiling Mirheta Omerovic.

27 countries or regions are represented 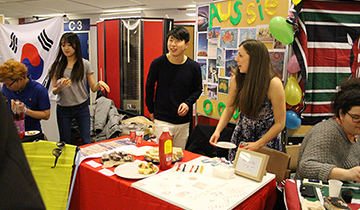 In the middle of the crowd is Zahid Aslam, chairman of ISA, the International Students Association in Linköping and iDay organiser. He looks happy: this year 27 countries or regions are represented, a few more than last year. And three embassies are taking part: from Bangladesh, Taiwan and Russia. But this is the 10th anniversary of iDay at Linköping University.

“This is a perfect event for LiU's master’s students, it is really their day, where they can showcase their cultures. And it is great to see the effort they’ve made. They’ve got in touch with embassies and tourist offices to get materials. Bought ingredients, cooked and baked, asked for stuff from home ... Working on iDay builds cohesion between the international students.”

But Sweden is also part of the world. Linköping University's International Office, IO, went with a Midsummer theme: a miniature maypole, the smell of tar, shot glasses (empty) and strawberry cakes (real). 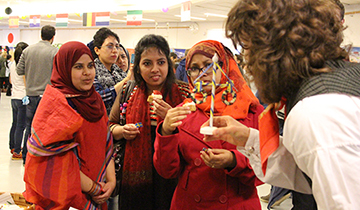 “Although the berries weren’t Swedish,” admits Eugene Grasevics, former LiU linguistics student, now trainee at IO, and soon moving on to a job as technical writer at Saab. But first he has time to do the rounds and socialise with guests and exhibitors.

At IO’s booth is also Alla Khranovska from Ukraine, honouring the day in a folk costume from Skedevi in the county of Östergötland.

“I've celebrated five Midsummers with friends and my husband's family. I adore Midsummer,” she says before hurrying off to talk to curious visitors.

“Yes, iDay is a good initiative. And tasty,” say computer scientists Fritjof Höst and Shakin Dehgani, each tucking into a plate of Indian curry. 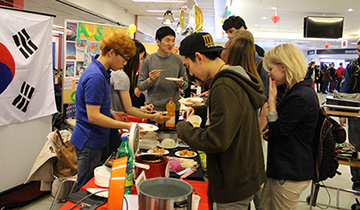 “You have to come before twelve,” says Fritjof Höst.

The international students often point out that they have difficulty making friends with Swedish students. How often do you get together with exchange students?
“Well, not very often. Herrgårn has international evenings, but nowadays my studies take all my time,” says Shakin Dehgani.

“I meet some who play squash in the sports club LIU AIF, but otherwise it's not very much,” admits Fritjof Höst.

After the fair in the Colosseum the festival moved to Kårallen’s dining room, where the international students gave a number of performances during the afternoon.