Ten children ok, according to donors

Between one and ten children – that is what the majority of Swedish egg and sperm donors think is an acceptable level for their assistance to childless couples. Female donors are more restrictive than male donors, according to a study at Linköping University. 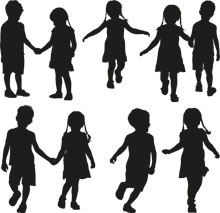 The study, the first of its kind, included 119 sperm donors and 181 egg donors from all the infertility clinics in Sweden. Prior to their first donation they had to complete a questionnaire that was followed up five to eight years later.

”The issue has moved up the agenda, because from 2015 we also have to treat single mothers. If demand increases, how will donors react? How many offspring do they think is acceptable? We need detailed rules for recruitment of new donors,” says Gunilla Sydsjö, adjunct professor of reproduction research at Linköping University, and head of the study now published in the journal Acta Obstetricia et Gynecologica Scandinavica.

In Sweden, donors cannot be anonymous. Professor Sydsjö believes this is one reason why they feel a greater sense of responsibility for the children they bring into the world. The research group reported previously that in general the donors are mature, responsible people whose aim is to share and to help others. In Denmark, where donors can be anonymous, it was recently revealed that a man with a rare hereditary disease had between 40 and 75 offspring who inherited the same disease.

”We can’t screen for every possible disease gene, which is another reason to limit the number of offspring from a single donor,” says Prof Sydsjö.

The study participants provided details on age, educational level, marital status and biological children. But the factor that stands out in the statistics is gender. Of the female donors, the largest proportion (33%) stated that 1-5 offspring was the most acceptable number. For male donors, 33% felt that 6-10 offspring was a good number, while 28% could accept 11 or more offspring.

”I thought that men would be even more liberal. We also see that attitudes are more restrictive amongst those participants with children of their own,” says Prof Sydsjö.