The human cable is ready!

The theoretical construction is finished, and now only the application is missing. It’s about the human cable – or, in research talk, Body Coupled Communication. The technology works, Jacob Wikner affirms. 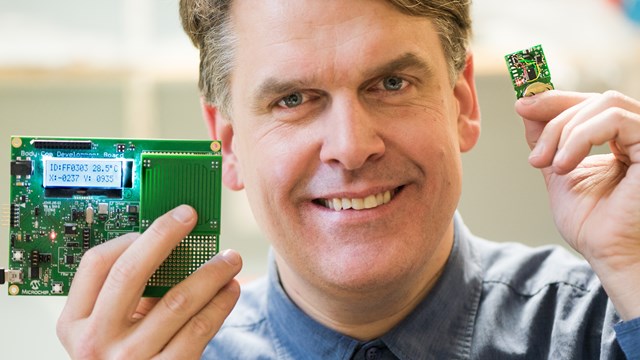 Foto: Thor BalkhedThe human cable has been proven to work at a number of exhibitions by people such as Ericsson CEO Hans Vestberg and strategist Jan Hederén. They have shown the world how data can be moved from a computer to a mobile phone, or from a printed label to a computer, using their own bodies as the only connection. A Swiss security company has also developed a commercial product – a person can open a locked door just by pressing down on the handle, provided they have a small tag in their pocket.

The technology, which was also developed at Linköping University, is built on capacitive coupling. It makes use of the capacitive phenomenon (the ability to store an electric charge) already found in the human body and in other organic material. Sending data through our bodies by transferring a charge works splendidly, but the signal is dampened drastically on the way, so a very sensitive receiver is required. The one part must also be properly grounded, like the door in the example above.

Dr. Jacob Wikner, senior lecturer in the Division for Integrated Circuits and Systems, together with doctoral student Muhammad Ifran Kazim, has been running the three-year Transceivers for Body-Area Network Communication project. The project has now been concluded with a thesis in which the entire theoretical basis is described.

“We have data on which requirements need to be imposed on the transmitter and the receiver in order to construct a system. We also have a simulation model of body-coupled communication, or BCC; which means that – both theoretically and practically – we can build a transmitter and a receiver that are adapted to different types of body positions, different heights and weights, and different skin types,” Dr. Wikner assures us.

Two catches remain: first, the capacitive technology doesn’t work well enough from mobile phone to mobile phone; one end must be in good contact with the ground. Second, obvious applications are still lacking.

“We started to develop the technology for shelf labels in a grocery store, together with Acreo Swedish ICT. By touching a label on the product and putting it into the basket, data about the product is transferred to the mobile phone, and from there the information is recorded on a receipt. But the users pick up the phone to check that it’s correct, and sometimes, people put a product back. That’s why we need to continue studying handling; perhaps it’s simpler and more robust to scan a bar code with the phone,” Dr. Wikner says.

Another application is finding out what a product contains by touching it. But here as well, people want to pick up their phones to read it, and then it’s simpler to scan a code directly with the phone.

Integrate with your surroundings naturally 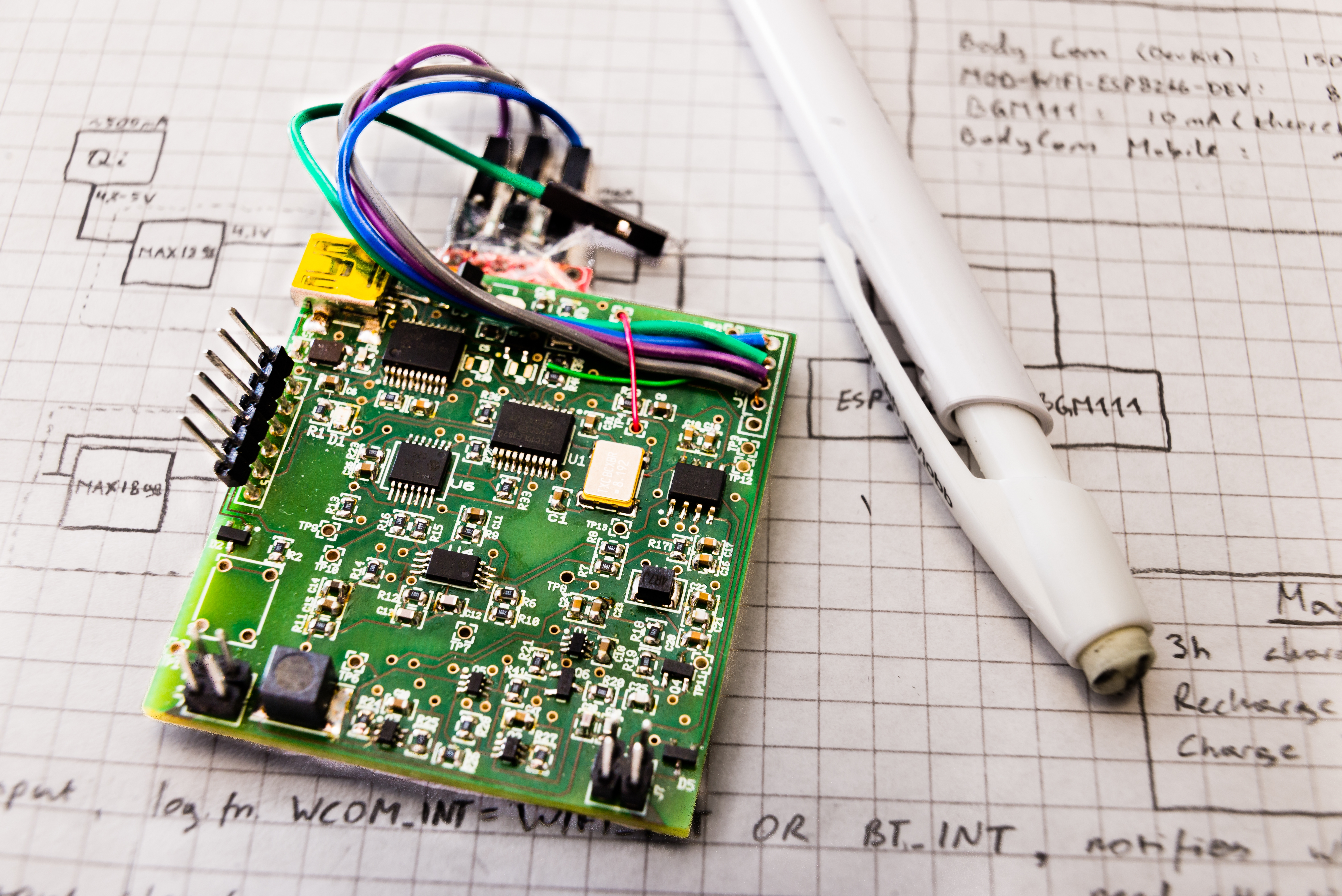 “But there is the desire to be able to integrate with your surroundings naturally, without needing to have a phone in your hand, and development is most certainly heading that way. When an area of use for the technology turns up, we’ll be ready,” Dr. Wikner says.

The work on low-powered circuits is also continuing along other tracks – for example, medical applications.

“Both in an EU project that deals with detecting weak signals and gathering energy from a demanding environment in the heart, and in collaboration with BioCom-Lab, run by Acreo and the Laboratory for Organic Electronics on Campus Norrköping,” he tells us.

A joint article was recently published in Advanced Materials.

Together with the Department of Computer and Information Science, tests are also in progress of how the technology can be used at an accident site to gather in data from patients. Over the fall, a unit was produced that combines different ways of measuring vital parameters and which can also log the patient’s position.

“There are a number of projects in progress out in the world. Many major companies, including Disney, are working in the area. What we need to do is think about what we want the technology for,” Dr. Wikner states.

The theoretical basis can be found in Mr. Kazim’s thesis, which he defended on December 18, 2015: Variation-Aware System Design Simulation Methodology for Capacitive BCC Transceivers, Division of Integrated Circuits and Systems, Department of Electrical Engineering, Linköping University, 2015.