There are many good reasons for excavating Sweden’s landfills in search of valuable metals. But it is not happening. In
his licentiate degree thesis, Nils Johansson sought an explanation as to why we prefer searching in space to mining our own rubbish tips.

“The current situation with major conflicts about who has the rights to land when new mines are to be opened need not be the case. If we excavate our rubbish tips instead we actually free up land where, for example, we can build housing,” says Nils Johansson, who recently submitted his licentiate degree thesis Why don’t we mine the landfills? in the Division for Environmental Technology and Management at Linköping University. 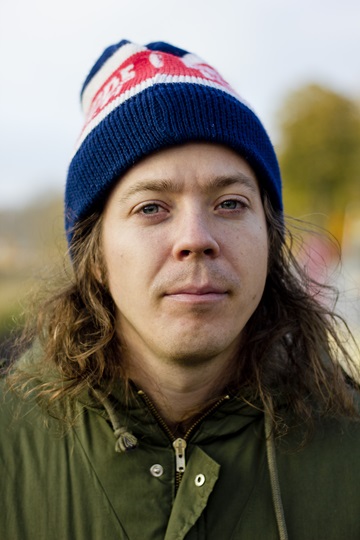 Foto: Peter Modin
In the first article of the thesis, he goes through other feasible alternative above ground sources, such as mine waste, disused infrastructure below cities, neglected buildings, discarded computers and white goods – and especially rubbish tips.

His fellow researcher Björn Wallsten recently passed his licentiate on infrastructure, while Johansson himself chose to look more closely at landfills. He identifies a whole range of reasons to excavate rubbish tips, the first being the large amounts of metal hidden there. Globally, it is likely a question of several billion tons of iron and tens of millions of tons of copper. He himself supervised two students doing their degree projects; last autumn they calculated that in the Gärstad waste plant in Linköping alone there are four billion Swedish crowns’ worth of metal.

“Everything we once used ends up in landfills, as a rule,” he notes.

The environment is another reason - landfills are potential environmental hazards if they begin to leak metals.

“It has to be better to keep these metals in use and make hazardous waste safe. The extraction of resources should be combined with the cleaning of the rubbish dumps and removing the threat they pose to the environment,” he says.

A third reason is that excavation and recycling would minimise the quantities of waste. If we remove the metal, we reduce the overall amounts of waste on the tip. At the same time, the recycling will to a certain extent replace traditional mining, which itself gives rise to large amounts of waste. The concentration of certain metals, such as copper in the landfills, may also be more or less the same as in the bedrock.

Fourthly, demand for metals is constantly increasing, while there is less and less to extract from the Earth’s crust.

“Rubbish tips are closer and more accessible than the sea bed or outer space, which are other suggestions for mining that are being discussed,” he says.

But it is not happening and the reason for this is as much material as economic and social.

Partly because the dumps are unpredictable; it is difficult to know where the metals are, and you are just as likely to dig up a skipful of sludge as any valuable metal. The most valuable metals may also be surrounded by environmentally hazardous waste. And there are no reliable methods for searching through the tip to see where the metals are. This also means it is difficult to estimate costs and income.

“We also have traditions and regulatory frameworks that rest on the idea that waste should be buried, covered over and forgotten about; it is not easy to fly in the face of this regulatory tradition,” Johansson explains.

Nils JohanssonMining for metals in the ground is also possible, without the permission of the landowner. Mining permits are issued by the courts and mines are considered to be a national interest, so permits are generally granted. If, on the other hand, the metals are extracted from a rubbish tip without permission from the owner, a crime has been committed.

“A crime – despite the fact that the rubbish is just lying there without fulfilling any function other than being a threat to the environment,” he says.

Waste is not always waste

Even the attitude towards waste is completely different.

“If we mine in the ground, dumping the waste materials at no cost is permitted. If we mine in a rubbish tip we have to pay waste disposal tax on the material that is left over, even though the overall amount of waste is less,” he explains.

And even if the interest in the research area of mining landfills is great and on the rise, we are still a long way from exploiting the resources we have in our own back yard.

“A lot still needs to happen before this becomes a reality. Incentives are quite simply greater for private companies to mine metals from below the ground than to do something as unpleasant as extract metals from rubbish tips.”

While his research has so far looked at why the rubbish tips are not being mined, the rest of his time as a PhD student will probably be devoted to looking into how this might work.

“There might be something to learn from how poor people who live on rubbish tips in developing countries go about things. They are entrepreneurs who extract and recycle, even if it is often at risk to their own lives. They are making a success out of something we are failing at, so they must be doing something right,” Johansson says.

Metal prices are rising while large amounts of copper and other metals lie buried in the ground, forgotten, and of no use. The concentration is greatest in landfills and under cities. The mines of the future are now being explored.