Discourse and dance during gender conference

Research and revels, can they be combined? Indeed they can, according to the organisers of the g16 conference. Not only researchers from all round the world, but also Linköping residents are invited to several events in association with the conference, 23-25 November.

“We didn’t want to isolate ourselves from the rest of Linköping by organising something that only a few people at the university would be interested in. We wanted to get the town involved as well,” says Silje Lundgren, researcher at the Department of Thematic Studies, Gender Studies at Linköping University. 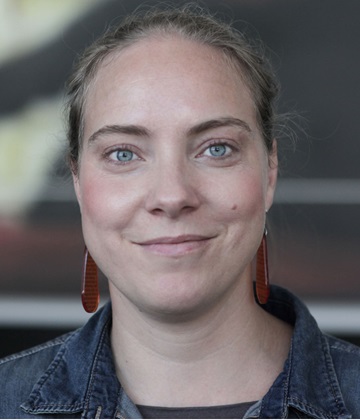 Photo credit: LIUThe g16 conference is Sweden’s largest event for researchers working in gender studies. Host this year is Linköping, and the organisers are taking the opportunity to cross a number of barriers. One of these is the gap between people who work in research and those who don’t.

“Many people are interested in the questions that will be discussed at the conference, such as gender, migration, exclusion and racism. The conference has a broad programme of events, and everyone is welcome. We hope that this can create meetings between students, researchers, activists and others who are interested in questions related to gender,” says Silje Lundgren.

Revel with a researcher

As part of the promotion for the meeting, various actors in Linköping have been invited to draw up a programme of events to be held outside of the conference facility. One of these is an evening in Kårhuset Kollektivet that will combine discussions around antiracism with stand-up comedy and a party.

“The evening will begin with gender researcher Victoria Kawesa explaining how to understand the strong reactions in Sweden to the ‘Black Lives Matter’ movement, and it will end with another gender researcher – who also happens to be a DJ – spinning the turntables for us,” says Silje Lundgren.

Several other events will be held: guided walking tours of Linköping, an evening with author Sara Lövestam at the town library, and guided tours of an exhibition about (in)security in public spaces.