The Baltic Sea is one of the world’s most polluted. In September a research project led by Linköping University brought together representatives from Germany, Latvia, Poland and Sweden to discuss possible solutions to some of the region’s environmental problems. 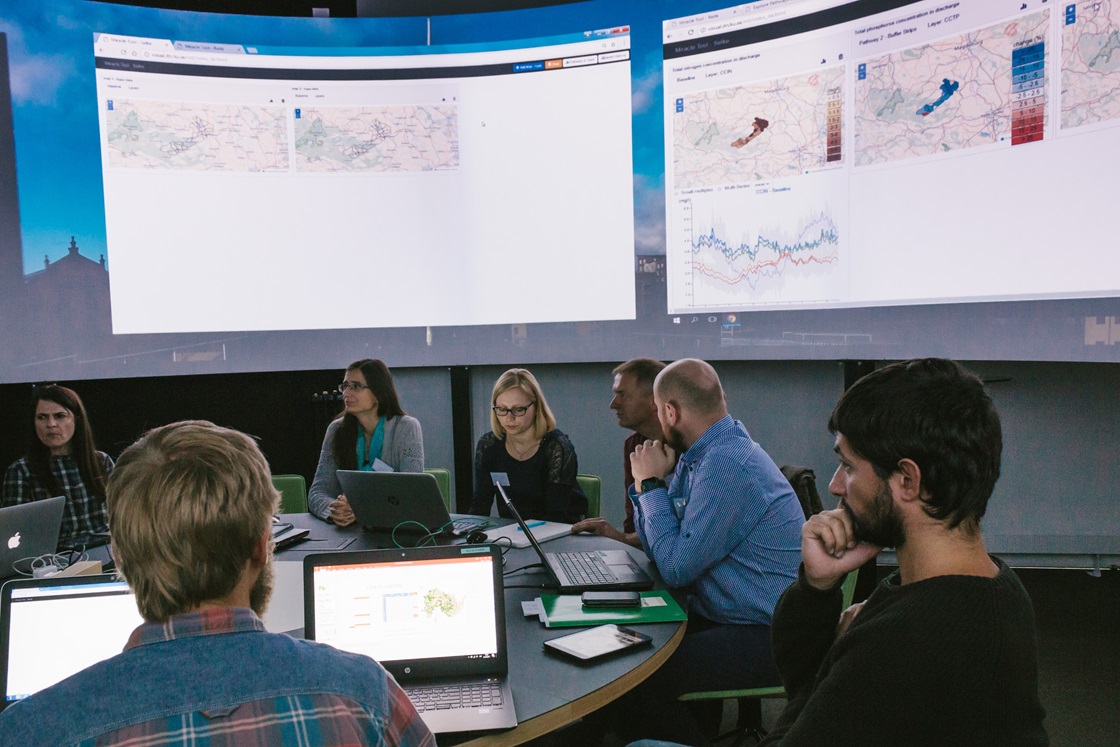 Photo credit: Therese Ekstrand AmayaIn the round room at the Norrköping Decision Arena, 15 people are looking intently at the screens on the walls that surround them. Graphs and maps on the screens show the condition of the German river Selke, a catchment basin of the Baltic.

The Selke is one of four areas in the BONUS MIRACLE research project, which is led by Linköping University. The others are the rivers Reda (Poland), Berze (Latvia) and Helge (Sweden).

“As the Baltic’s catchment basins are home to more than 85 million people, and about 70 per cent of the land is agricultural, eutrophication is a serious threat to the Baltic. We’re trying to address this here,” says Karin Tonderski, docent in ecology at Linköping University and head of the research project.

For two days, the researchers and residents of these regions, who are now seated in a darkened Decision Arena, will discuss water-related problems in their regions, and what the possible solutions could be.

The aim of the research project is to find new ways to work with water-related issues. This is to be achieved by having many different sectors define both the problems and the measures to be taken. The hope is that this will facilitate efforts to reduce eutrophication and flooding. In the Baltic region, much has been done to address emissions from agriculture and sewage, but action is required from other sectors.

“To this end we have gathered people from these catchment basins, who work in a variety of roles. They’re the ones with the ideas and the knowledge of how people in their regions live, what the problems are and what should be done,” says Karin Tonderski.

But if changes are to happen, the people who work in these areas are important. Even if guidelines and laws to protect these waters are implemented, nothing will change if the residents don’t follow them.

“We try to analyse things from the bottom up, starting with the reality on the ground. What do farmers and others want to do, to improve the condition of the watercourses? On previous occasions we’ve seen how the participants from the various catchment basins have defined the problems, and propose solutions. This time we, the researchers, will present different options for how to proceed,” says Karin Tonderski.

This is where the Norrköping Decision Arena comes in. Using the big screens, it’s possible to present various scenarios and the consequences of different proposals for the different regions. For instance, you can see how the area around the river Selke can change up to the year 2030, if the population and the cities continue to grow and agriculture decreases.

Important to learn from one another

Dorotheé Altenstein, one of the people around the table at the Norrköping Decision Arena, deals with issues relating to the condition of the Selke on a daily basis. She works with water-related matters at the department of environment and nature conservation in the Salzland region of Germany. 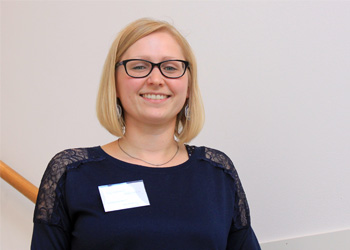 “We’re struggling with the reduction in biodiversity, which is a result of factors including agriculture and the growth of urban areas,” she says.

For Dorotheé Altenstein, participating in the project has been a positive experience, though sometimes it’s difficult to work with matters such as climate change and flooding, and how these relate to the day-to-day lives of residents.

“Working at the local level, it’s not always easy to know what has to be done. This project puts the Selke into a larger context. I get to hear about the problems and solutions of other people in similar areas, which is valuable.”

Hoping to influence guidelines for water

In March 2018, Dorotheé Altenstein and the other participants from the catchment basins will meet again, together with the 30-odd researchers – hydrologists, economists and social scientists – who have taken part in the project over the years. The meeting will be the final conference for the project.
“Hopefully the knowledge from the project will be able to influence guidelines and management of activities that affect water in the Baltic region. A key part has been the exchange of knowledge between all of us participants, and I feel we’ve all learnt something,” says Karin Tonderski.

-The BONUS MIRACLE research project has been led since 2015 by Karin Tonderski from LiU’s Department of Physics, Chemistry and Biology. Ten other universities are taking part.
-The project uses a visualisation tool developed by Tina Neset and Carlo Navarra from Linköping University.
-The aim is to investigate the opportunities to develop innovative management models for water issues, while also addressing the problems of eutrophication in the Baltic region.
-Through a social learning process where decision-makers, stakeholder groups and researchers collaborate, the aim is to identify possible synergies with measures for other environmental problems.
-A total of 30 people took part in the workshop in Norrköping.