The construction of the brain from the embryo stage is regulated by a genetic timepiece in the stem cells. This discovery by researchers at Linköping University may have great significance for developing safe and effective methods of repairing brain and spinal cord injuries.

For the brain to function correctly each type of neuron – around 10,000 in humans – must be formed in the right numbers during development of the embryo.

“We know that different stem cells divide a different number of times. The daughter cells that are formed can also divide different numbers of times before maturing into the finished neurons. Until now it was completely unknown how this division behaviour was regulated,” says Stefan Thor, professor of developmental biology at Linköping University. 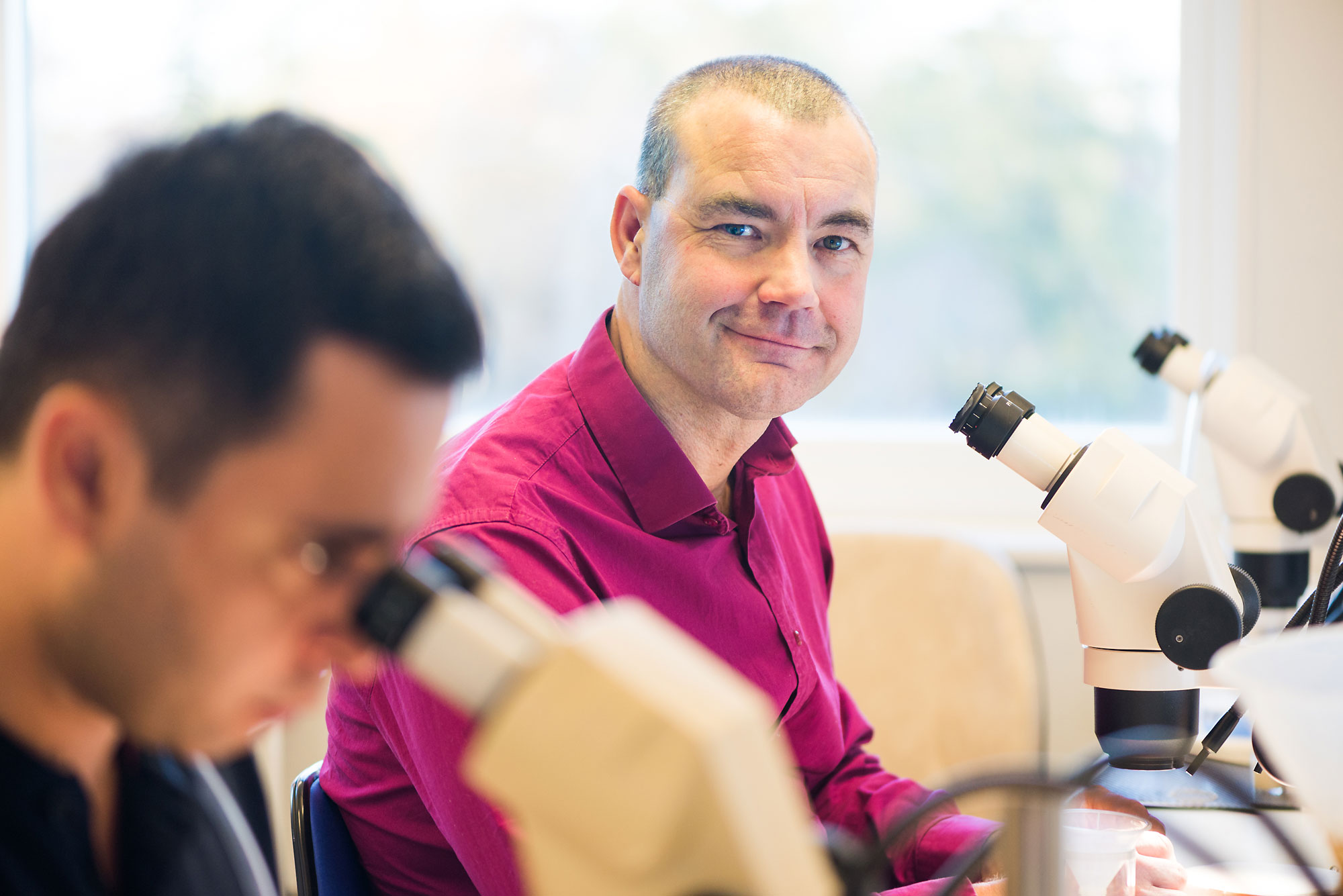 Foto: _Thor_BalkhedAn earlier discovery by Professor Thor’s research group showed how a genetic clock inside the stem cells helps them to keep track of when it is time to stop developing a particular type of neuron and start with the next. An exciting collateral finding was that the number of new cells is affected when the clock is disconnected.

“We saw that either too few or too many neurons were formed when we manipulated the clock, and we initiated a study to investigate this more closely. We systematically analysed the cell division in the whole nervous system, and three specific stem cells, in fruit flies. The result was startling: the same clock genes that regulate which sort of nerve cells are to be formed also controlled how many times each stem cell and its daughter cells were to divide,” says Professor Thor.

The study was published in the journal Developmental Cell, with Dr. Magnus Baumgardt as the lead author.

The researchers went further and investigated the way in which the stem cell clock influenced cell division. They found that the clock genes activated or deactivated different proteins that regulate the cell cycles – a machinery that exists in every cell and decides whether the cells will divide or mature.

By analysing the embryo where the clock genes have been nullified the researchers found striking evidence of their important function. In these embryos the clock stopped halfway, which meant that the stem cells continued to divide long after they should have stopped, and only created the earlier type of neuron.

The discovery that this division is pre-programmed in the stem cells can pave the way for more effective treatments for diseases of the brain and other parts of the central nervous system. One major problem with current methods is that we have very limited control over how the cells divide after transplantation. It remains to be seen how similar these processes are between fruit flies and vertebrates.