The biomedical programmes at Linköping University organized the first ever LiU life science meeting on October 19, 2018. They promised to make the event one of a kind and they did deliver on every front.

The ambience at Hasselquistsalen at the campus university hospital exuded excitement and great expectations for a memorable event.

It was an opportunity for interaction between students, lecturers, alumni members, invited international lecturers and other prominent players in the life science field. Other attendees included individuals connected only by an interest in the life sciences.

Katarina Kågedal, the masters programme director, certainly set just the right tone for the event in her welcome address -- one that highlighted the networking potentials and opportunity to keep abreast of recent advances at such meetings.

Prominent players in the life sciences field took to the stage to deliver eloquent and thought-provoking presentations. These were followed by several apt questions asked by individuals that were rewarded with chocolate bars.

The first session highlighted the advances in development and potentials of CRISPR-Cas, a tool used to alter gene expression.

To prevent abuse, Sweden and 30 other countries have banned germ line gene therapy, a major application of CRISPR-Cas. Then arose the question, is that good for the future of science? After several comments, the consensus was that restricting access and ensuring prudent use of the technology basically to treat diseases may be a better way forward instead of an outright ban.

Another stand out presentation was on the use of 3D cell models for discovery and screening drugs. They may not be able to mimic immune responses, but they are a big leap from 2D models in replicating real life response in human tissue.

Despite the controversies surrounding these discoveries, one fact is that several tools are being developed that can prove invaluable in the diagnosis and treatment of many diseases of public health importance.


During the panel discussion it became apparent that many students were afraid of challenges associated with work after education. There were several questions about opportunities and challenges of a fresh graduate in the life science industry. All questions were thoroughly answered by the experienced panelists.

By the time Katarina mounted the stage to give her closing remarks and end the programme, the satisfaction in the hall was evident. Students and guests had come out hoping to have a wonderful time at the event and their expectations were surpassed. It was time for the pizza buffet and the networking continued all evening. 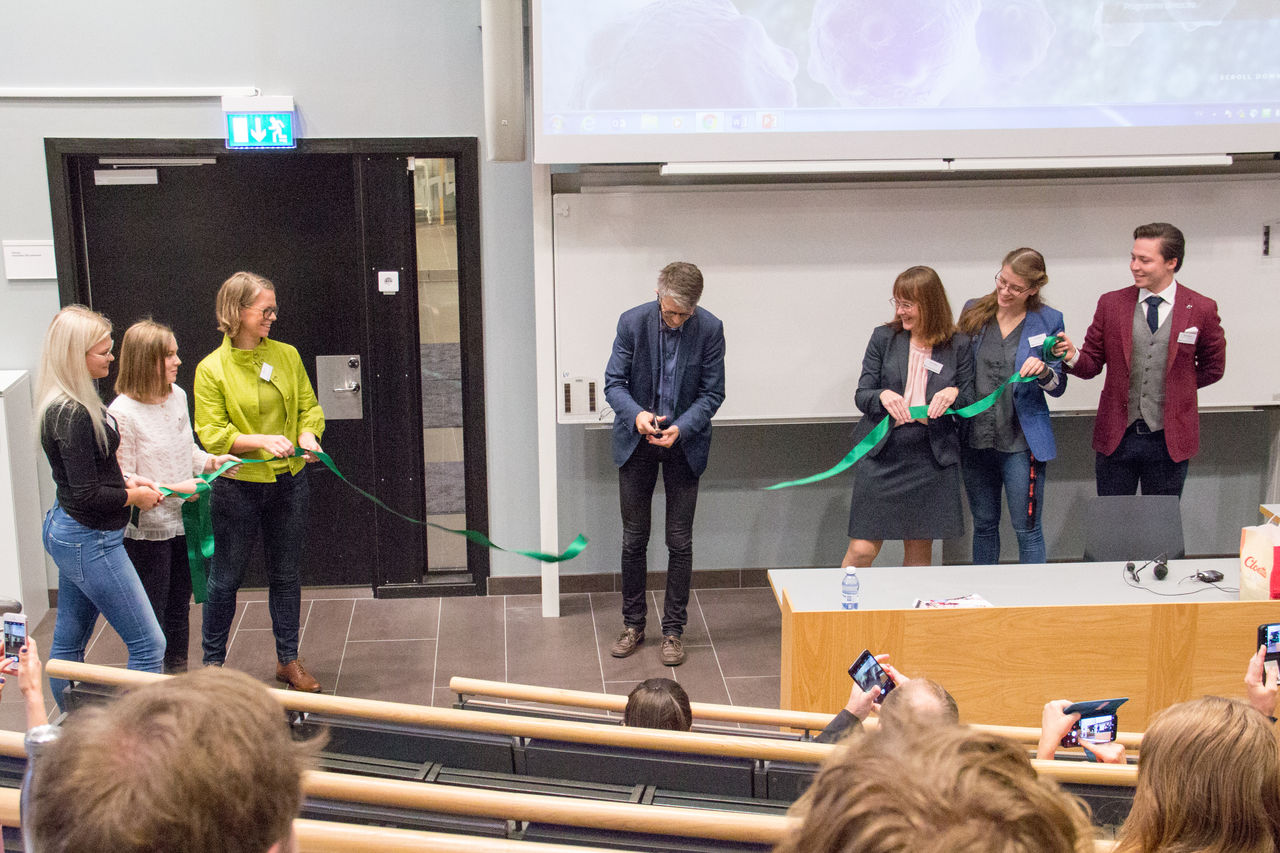 Fredrik Elinder, the prodean of the Faculty of Medicine and Health Sciences officially opened the event by cutting the tape. Johan Jäger 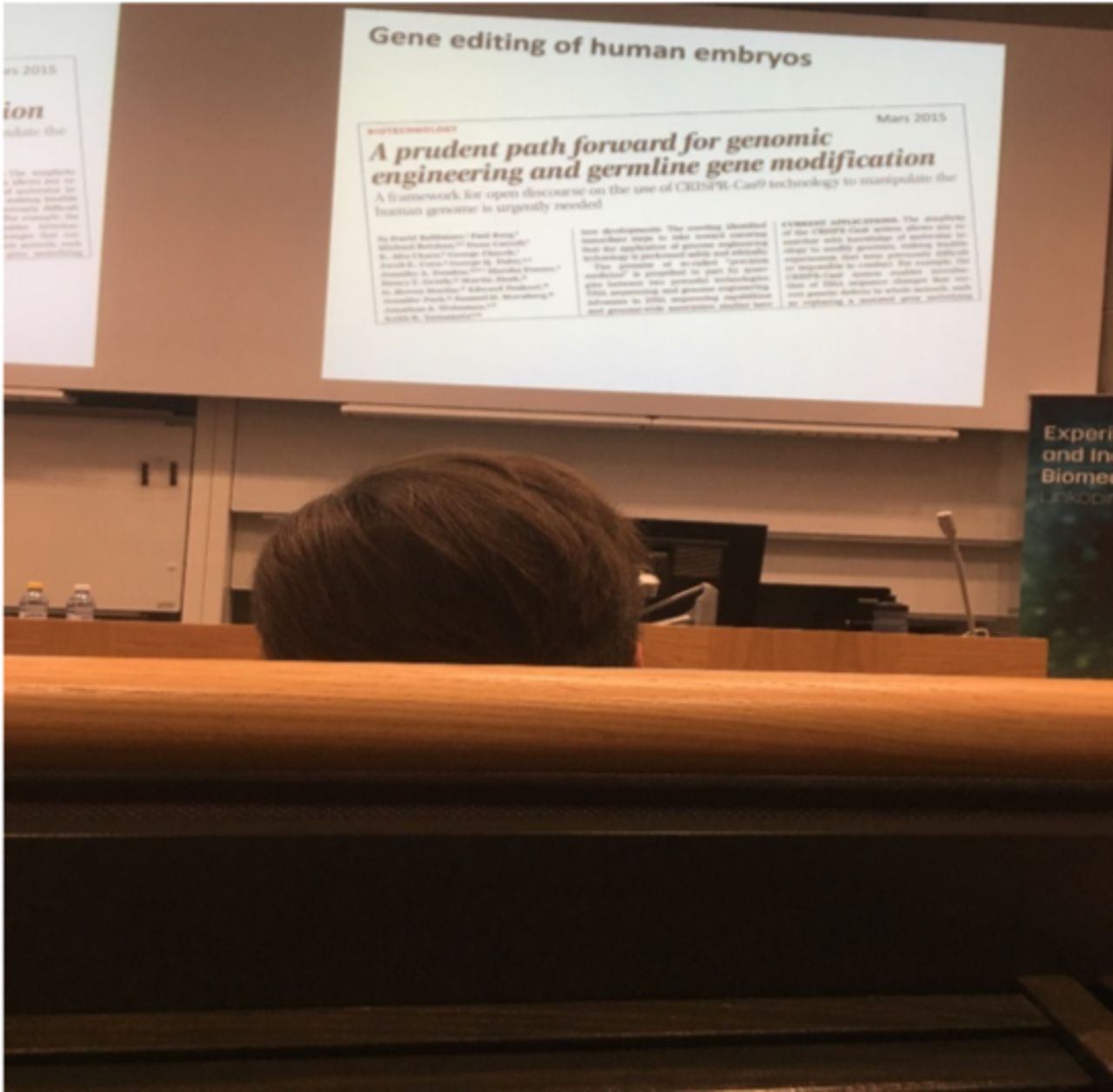 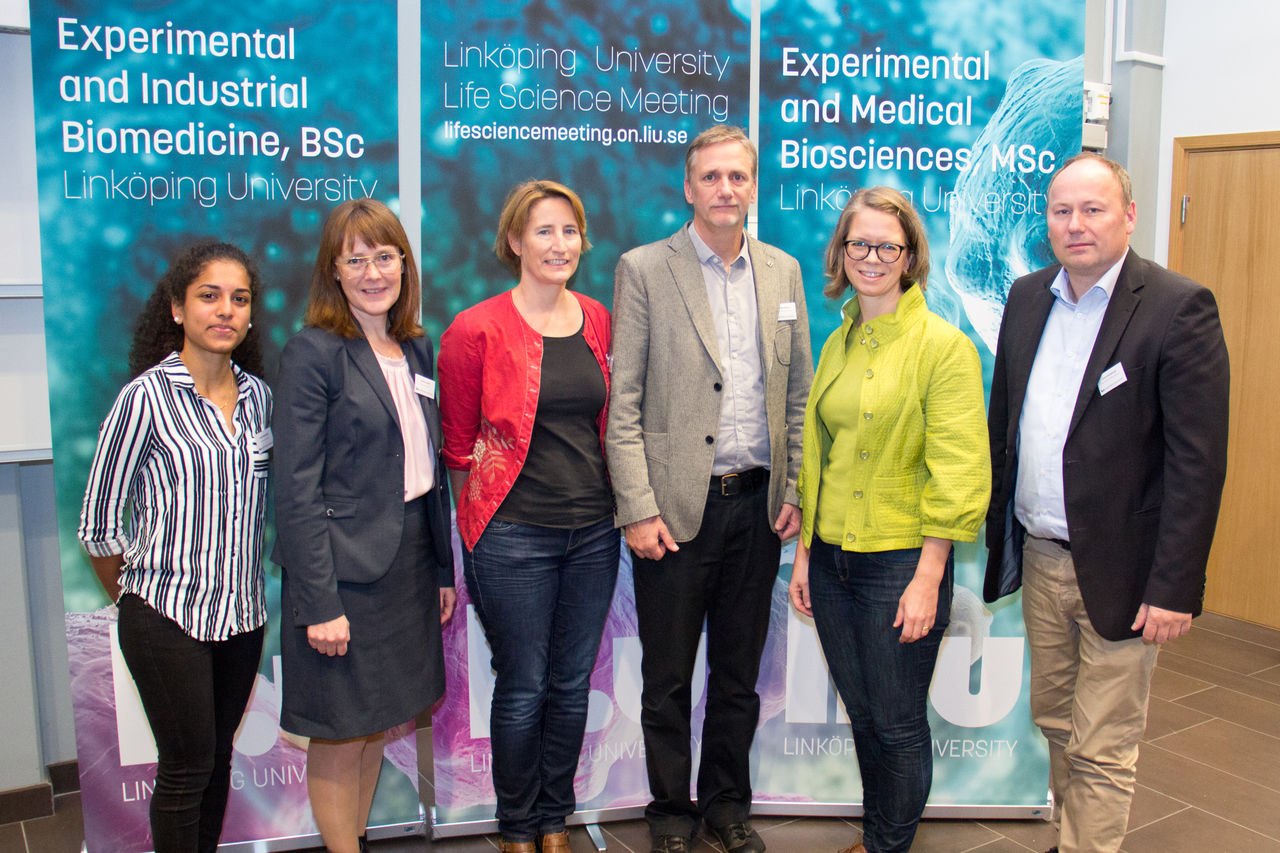 Katarina and some of the speakers at the meeting Johan Jäger 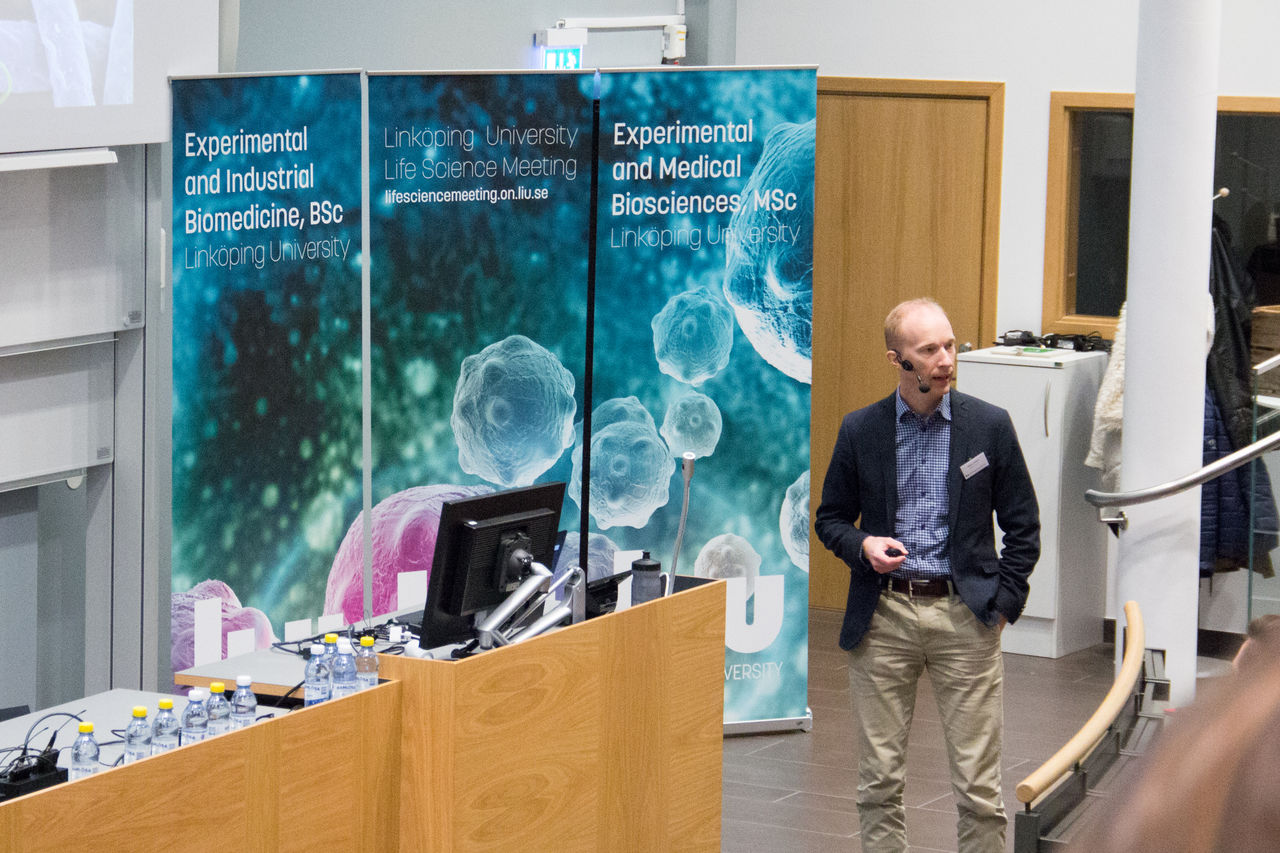 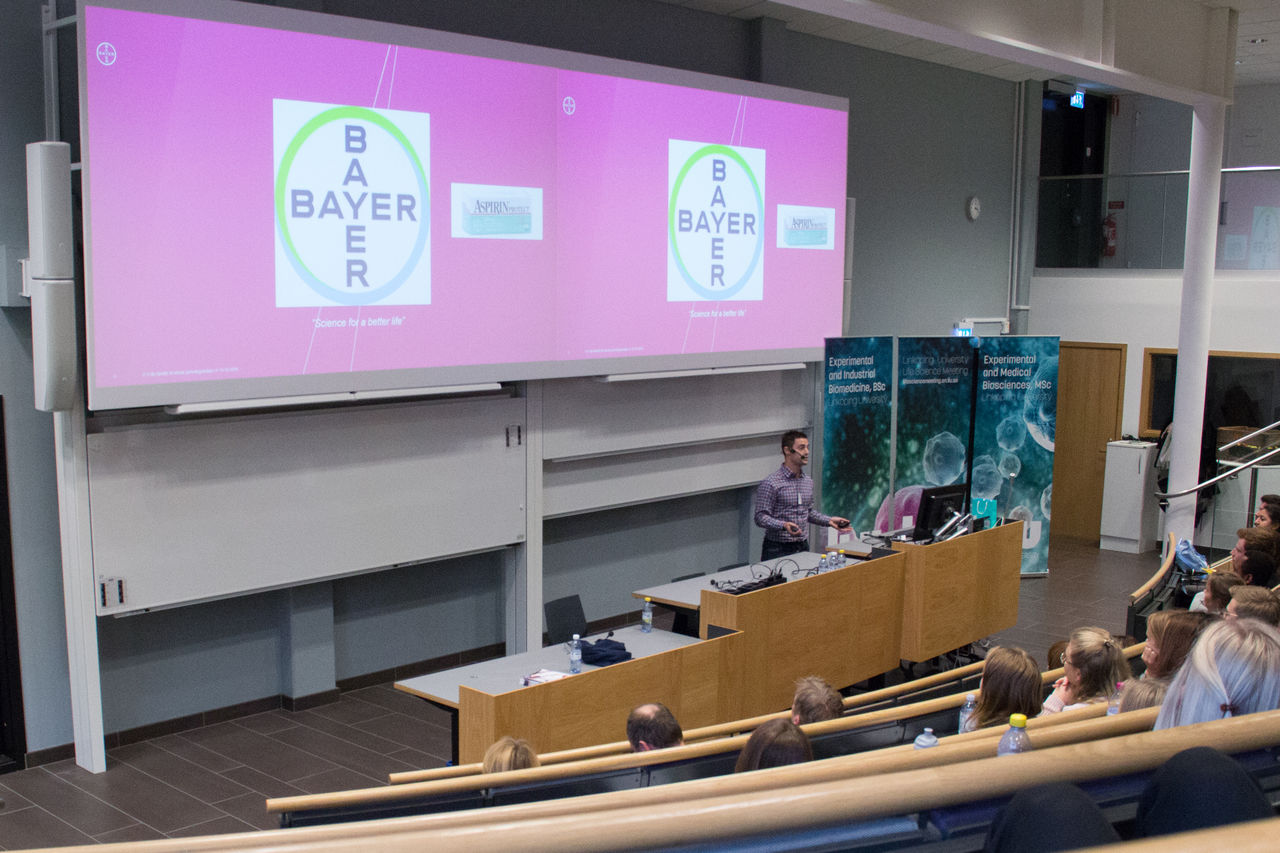 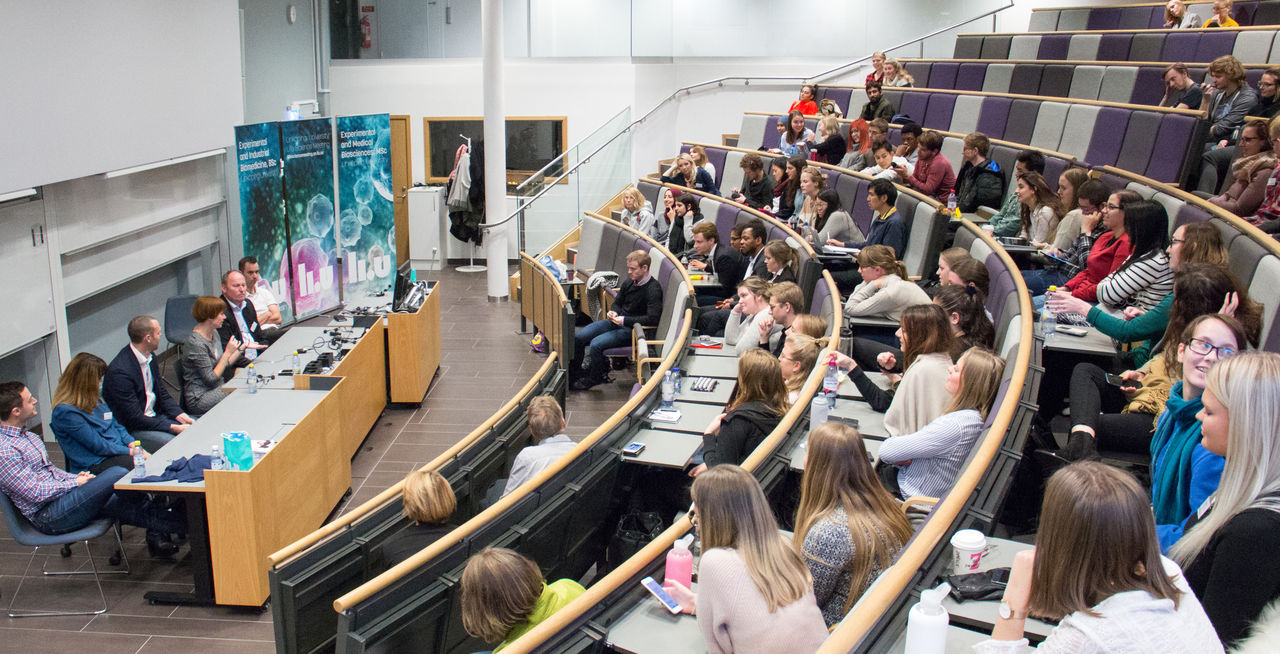