Keep the fever, but feel better

Fever and poor appetite are one thing. But why do we become depressed and feel so badly when influenza strikes? Neurological researchers at Linköping University have demonstrated at the molecular level how inflammations affect mood. 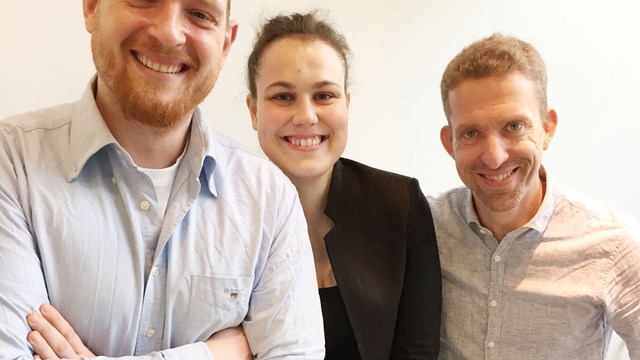 Even mild infections such as a simple cold cause feelings of dissatisfaction and depression in most of us. In people with chronic inflammatory illnesses, they can decrease the quality of life and also cause serious depression.

Despite the effects being well-known and that they affect everyone, very little is known about the molecular background.

“We show how an inflammation will have an opportunity to reduce activity in the brain’s reward system,” says reader David Engblom, who led the study.

The unique results are being published in the Journal of Clinical Investigation, with Michael Fritz and Anna M. Klawonn as lead authors. Using advanced genetic methods and behavioural analysis in mice, they have demonstrated the signal paths from the organs of the body to the brain. The results describe a mechanism clearly differentiated from the one that leads to objective symptoms such as fever and loss of appetite.

The process is initiated with an inflammatory substance beginning to circulate in the bloodstream, activating cells in the blood vessels of the brain. This activity causes the formation of prostaglandins. The signal path differs from the one that causes fever: prostaglandins play an important role there as well, but they bind to different receptors. Prostaglandins are hormone-like substances that in turn excrete an inhibitor, GABA, on nerve cells that produce dopamine. Since dopamine is essential to the reward system of the brain, this leads to feelings of dissatisfaction and to depression. People often feel better with a tablet of aspirin or ibuprofen – preparations that inhibit the production of prostaglandins.

The discoveries of different signal paths, and not just the same expressway up to the brain, is leading to speculations about the evolutionary background.

“There seems to have been a survival value in being able to keep various symptoms of illness apart. Perhaps the feelings of dissatisfaction were developed as a way to make the organism a little more defensive, to take fewer risks while the illness is in progress. One direct benefit could be creating medicines that simply eliminate the feelings of dissatisfaction, but let the fever remain, since sometimes it can contribute to fighting the illness,” Mr Engblom says.