Fever is a response to inflammation, and is triggered by an onset of the signaling substance prostaglandin. Researchers at Linköping University can now see precisely where these substances are produced – a discovery that paves the way for smarter drugs.

Foto: Ben Brahim MohammedWhen you take an aspirin, all production of prostaglandins in the body is suppressed. All symptoms of inflammation are eased simultaneously, including fever, pain and loss of appetite. But it might not always be desirable to get rid of all symptoms – there is a reason why they appear.

”Perhaps you want to inhibit loss of appetite but retain fever. In the case of serious infections, fever can be a good thing,” says David Engblom, senior lecturer in neurobiology at Linköping University.

Eleven years ago he had his first breakthrough as a researcher when he uncovered the mechanism behind the formation of prostaglandin E2 during fever. These signaling molecules cannot pass the blood-brain barrier, the purpose of which is to protect the brain from hazardous substances. Engblom showed that instead, they could be synthesised from two enzymes in the blood vessels on the inside of the brain, before moving to the hypothalamus, where the body’s thermostat is located.

Previous work from the research team described a very simple mechanism, but there was not yet proof that it was important in real life. The study to be published in The Journal of Neuroscience with David Engblom and his doctoral student Daniel Wilhelms as lead authors is based on tests with mice that lack the enzymes COX-2 and mPGES-1 in the brain’s blood vessels. When they were infected with bacterial toxins the fever did not appear, while other signs of inflammation were not affected.

”This shows that those prostaglandins which cause fever are formed in the blood-brain barrier – nowhere else. Now it will be interesting to investigate the other inflammation symptoms. Knowledge of this type can be useful when developing drugs that ease certain symptoms, but not all of them,” explains David Engblom.

The importance of the brain’s blood vessels

For many years there has been debate as to where the fever signaling originates. Three alternative ideas have been proposed. Firstly, that it comes from prostaglandins circulating in the blood, secondly that it comes from immune cells in the brain, and thirdly Engblom’s theory, which stresses the importance of the brain’s blood vessels. The third proposal can now be considered confirmed. 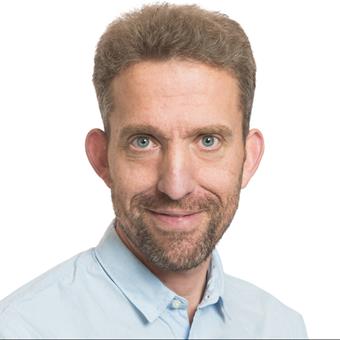