Research into white LEDs made from silicon carbide is gaining
fresh impetus. It was the Technical University of Denmark (DTU) who
acquired funding for the initiative that they are running in
collaboration with LiU researcher Mikael Syväjärvi and others. 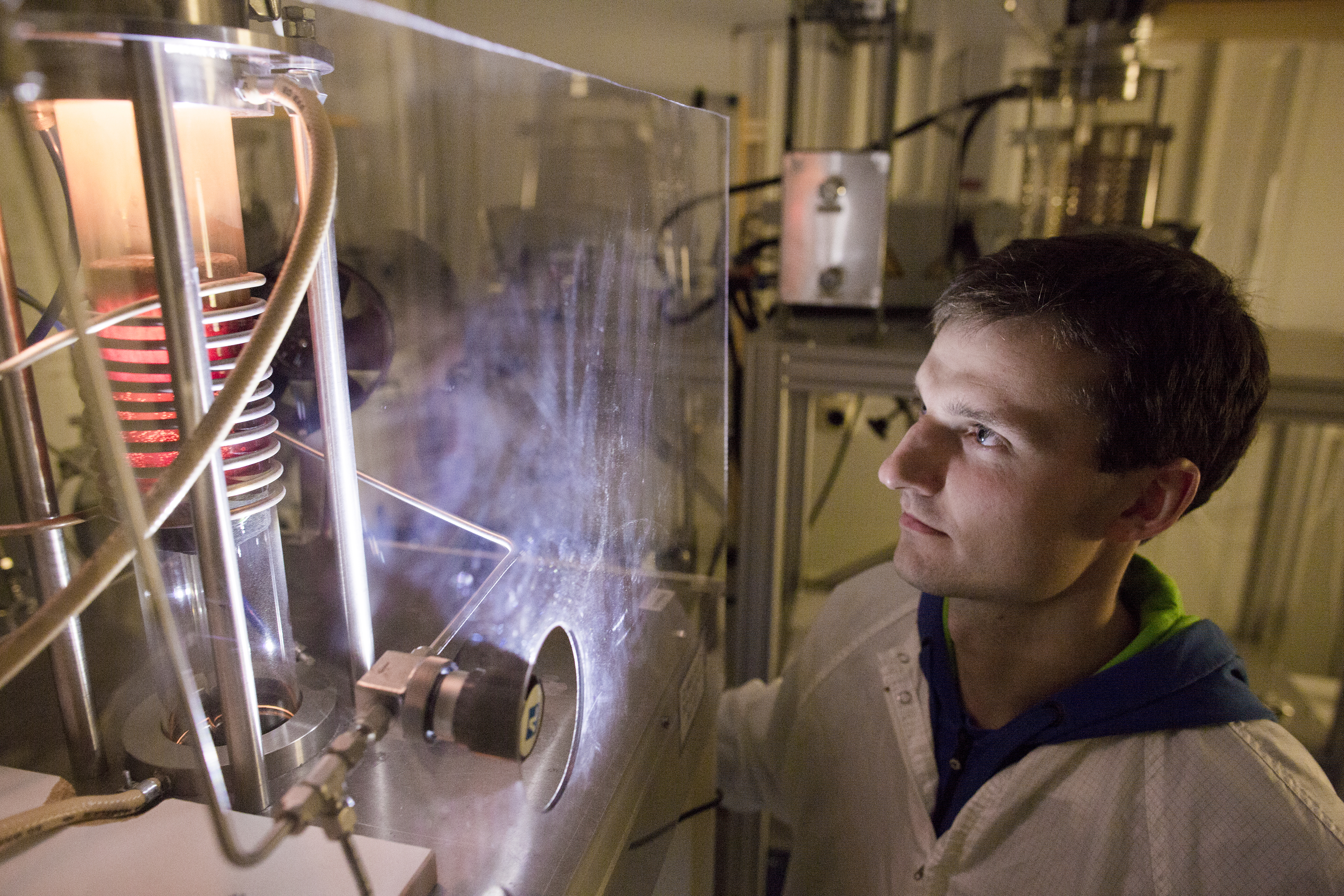 The 2014 Nobel Prize put the spotlight on blue LEDs made of gallium nitride with a phosphorus filter to give us white light. But there are other materials that can emit white light, one being silicon carbide.


LiU researcher in the field of semiconductor materials Rositsa Yakimova and reader Mikael Syväjärvi and colleagues were quick off the mark and in 2010-2012 they published a series of articles about silicon carbide and its ability to emit light.

But after that the research stopped due to lack of funds and the researchers put their energy into cubic silicon carbide for solar cells and graphene.

“But we didn't give up on the white LEDs. We sold our patented method of manufacturing silicon carbide to a Japanese company who wanted to develop white LEDs. But the technology is still at the development stage, there’s still a lot to work out,” explains Mikael Syväjärvi.

The Danish money means there is an opening.

“We are a group of researchers from the Technical University of Denmark, the Royal Institute of Technology, the University of Erlangen and here at LiU who have been working together for a long time in different configurations. More partners are brought in depending on the project. In this case, for example, there are partners from the Danish industry in the project,” says Mikael Syväjärvi.

The project is being run by Haiyan Ou, associate professor in photonics at DTU. It will run for 3.5 years if autumn 2015 is included and at the end a white LED should be able to be demonstrated. There are also concrete goals in the project for introduction onto the market.

“The Danes are very good at LED technology itself and we are back on the research trail in order to develop the material. It is tremendously exciting as there aren’t many publications in this area and we will be breaking new ground,” says Mikael Syväjärvi.

The silicon carbide is made here at LiU with a patented process and the researchers have previously shown how by doping the material with nitrogen and boron they can achieve a yellow light. If they instead dope silicon carbide with nitrogen and aluminium a blue light is produced. Together they produce a pure white light. It is also possible to get a number of different hues of white between yellow and blue. 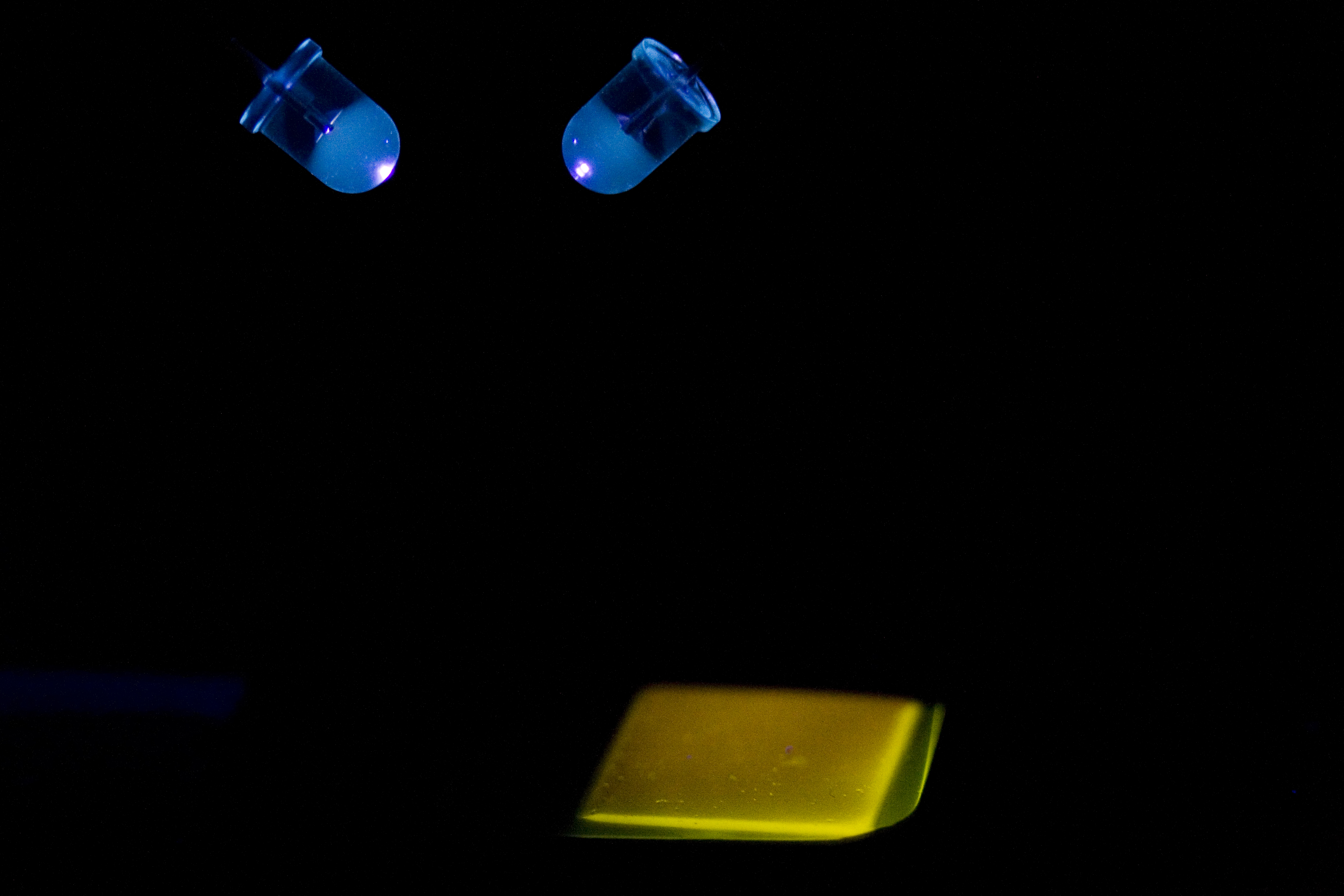 Foto: Mikael SyvÃ¤jÃ¤rvi
“We have a grip on the yellow light but the blue needs further development.”

Silicon carbide LEDs will serve to complement the gallium nitride LEDs, which are out on the market now. They are for example not at all as sensitive to heat, do not require any rare earth metals and they have a significantly longer life span, up towards 35 years the researchers anticipate.

“And one of the Japanese Nobel Prize winners is involved with us developing LEDs from silicon carbide. It’s not a question of if the new white LEDs will come, just when. This technology brings both energy benefits and good business opportunities,” says Mikael Syväjärvi.

“The way I see it, it doesn’t matter if a Japanese or a Danish company makes the LEDs, the important thing is that our technology can be of use and help reduce global energy consumption.”

Group:  Haiyan Ou, Margareta Linnarsson, Peter Wellmann and Mikael Syväjärvi make up the core of the Nordic research collaboration that has grown up around fluorescent silicon carbide.

Photo: Mikael Syväjärvi and others