Predicting whether a patient who is suffering from social anxiety disorder will be helped by treatment can become a reality. This has been shown by researchers from Linköping University in collaboration with colleagues from other universities. 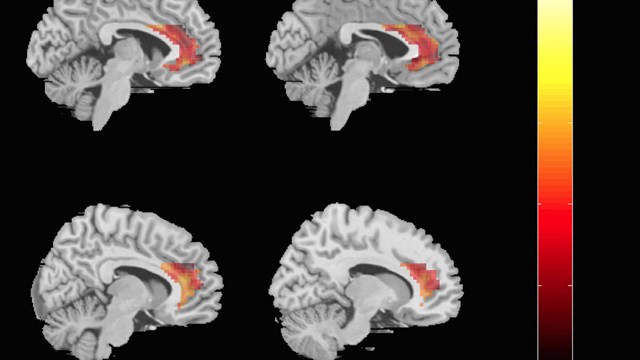 About twelve per cent of the population suffer from social anxiety disorder. But approximately one-third of the patients who are treated with cognitive behavioural therapy, or CBT, do not respond to treatment. PhD student Kristoffer NT Månsson led a brain-imaging study with the aim of evaluating predictors of the results of treatment – in this case, internet-based CBT. The findings were published in the latest edition of the scientific journal Translational Psychiatry.

Predict the outcome of treatment

“We wanted to see whether we could predict, on the individual level, which patients respond well to CBT. If we could do this, we would be able to spare the patient the suffering of unsuccessful treatment. Our findings seem to indicate that we’re on the right track,” Mr Månsson says.

“With the aid of functional magnetic resonance imaging, or fMRI, we looked at brain activity among 26 patients with social anxiety disorder. After the patients’ brains were imaged, they underwent CBT via the internet; one year later they were followed up so that we could determine if they had responded to treatment or not.”

During the follow-up the researchers studied the brain activity prior to therapy, focussing in particular on the brain’s fear network. The task was to investigate whether, with the aid of a new computer-driven analysis method, they could predict which individuals would subsequently benefit from treatment. They could. Patterns of brain activity in the anterior cingulate cortex, or ACC, were able to predict which individuals would or would not respond to treatment.

“It became clear that brain activity in the ACC could predict, with 92% accuracy, the results of treatment one year after treatment was concluded. In practice there were only two patients in the study for whom we could not predict the outcome of treatment,” Mr Månsson says.

A tool for making decisions

Thus in the future it will be possible that people who suffer from social anxiety disorder will be able to be given one particular treatment rather than another – based on what is known about the patient’s brain.

“This is valuable – not only for the patient, but also for the clinicians who are given a tool for making decisions about a given individual, not based on a whole group as is the case today. Healthcare providers could avoid unnecessary treatment,” Mr Månsson says.

The study was done in conjunction with Professor Gerhard Andersson of Linköping University and researchers at the universities of Uppsala, Umeå and Stockholm, and King’s College in London.