Roads to community in transgender film

Transgender people in films are often victims of violence and
humiliation. Wibke Straube has written a thesis throwing light on films that give transgender people a moment of acceptance and hope for the future. 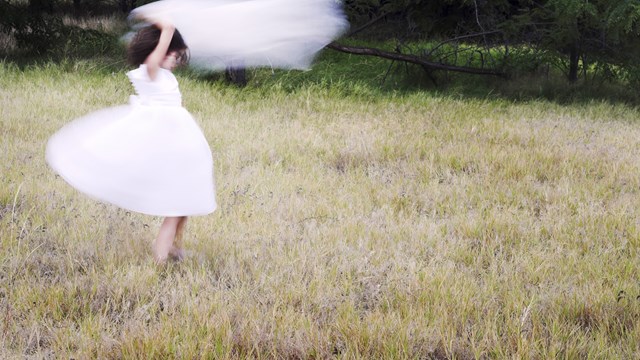 Transgender people have in recent times become more visible in television series and on film. Sophia Burset in Orange is the New Black, Brandon Teena in Boys Don’t Cry and Ludo in Ma vie en rose are now well-known characters. But in films where transgender people are portrayed there is often violence and humiliation. For an audience that has never been subjected to this, it can be painful to watch; for a person with similar experiences, it can be impossible. Wibke Straube’s PhD thesis focusses on those parts of transgender films filled with hope and joy.

“For an audience that experiences the same violence as in the films on a daily basis, these passages are a way to draw breath and dream themselves away to a world where they are accepted,” says Wibke Straube, gender researcher at Linköping University.

Wibke Straube calls these passages of joy “exitscapes”. The exits or escapes that she identifies in films are dances, songs and dreams. In the tumult of the dance, for example, both the star of the film and the audience forget about their problems. This is how dance works for seven-year-old Ludo in the film Ma vie en rose, which Wibke Straube analysed. Suddenly Ludo forgets that s/he has been forbidden from wearing a dress, gets caught up with the music and begins to dance, oblivious to the fact that everyone at the party is watching. The grandmother also gets caught up in the swirl of the music, since her age means she doesn't confirm to the norms either. The other guests get caught up in the joy, and for a little while Ludo takes part in a group activity where no-one judges.

“Research has previously investigated how, for example, lesbian and queer audiences perceive films where they are depicted, but this has not been done from a transgender perspective. I think it is important to show how significant these scenes can be for this audience,” Wibke Straube says.

While dance is an escape for some, it is a way in for others. For an audience without experience of violence and humiliation, the exitscapes are a chance to get close to the protagonist and identify with them. They are sucked into the dance in the same way as Ludo, the grandmother and the others at the party. For a while we are all there. And the judgemental world where only two genders are allowed is suspended.

Wibke Straube also points out that an exit does not only lead away, it leads to something. What reality lies on the other side of the door? This is where the possibilities lie. For the main characters and for the viewers.

Thesis: Trans cinema and its exit scapes. A transfeminist reading of utopian sensibility and gender dissidence in contemporary film. Wibke Straube. Linköping Studies in Arts and Science No. 628.