“Language is the key to success in Sweden,” says Semir Abdulkader. He is studying at LiU to become a nurse, and one of several students with non-Swedish backgrounds who are helping newly arrived young people to learn Swedish. 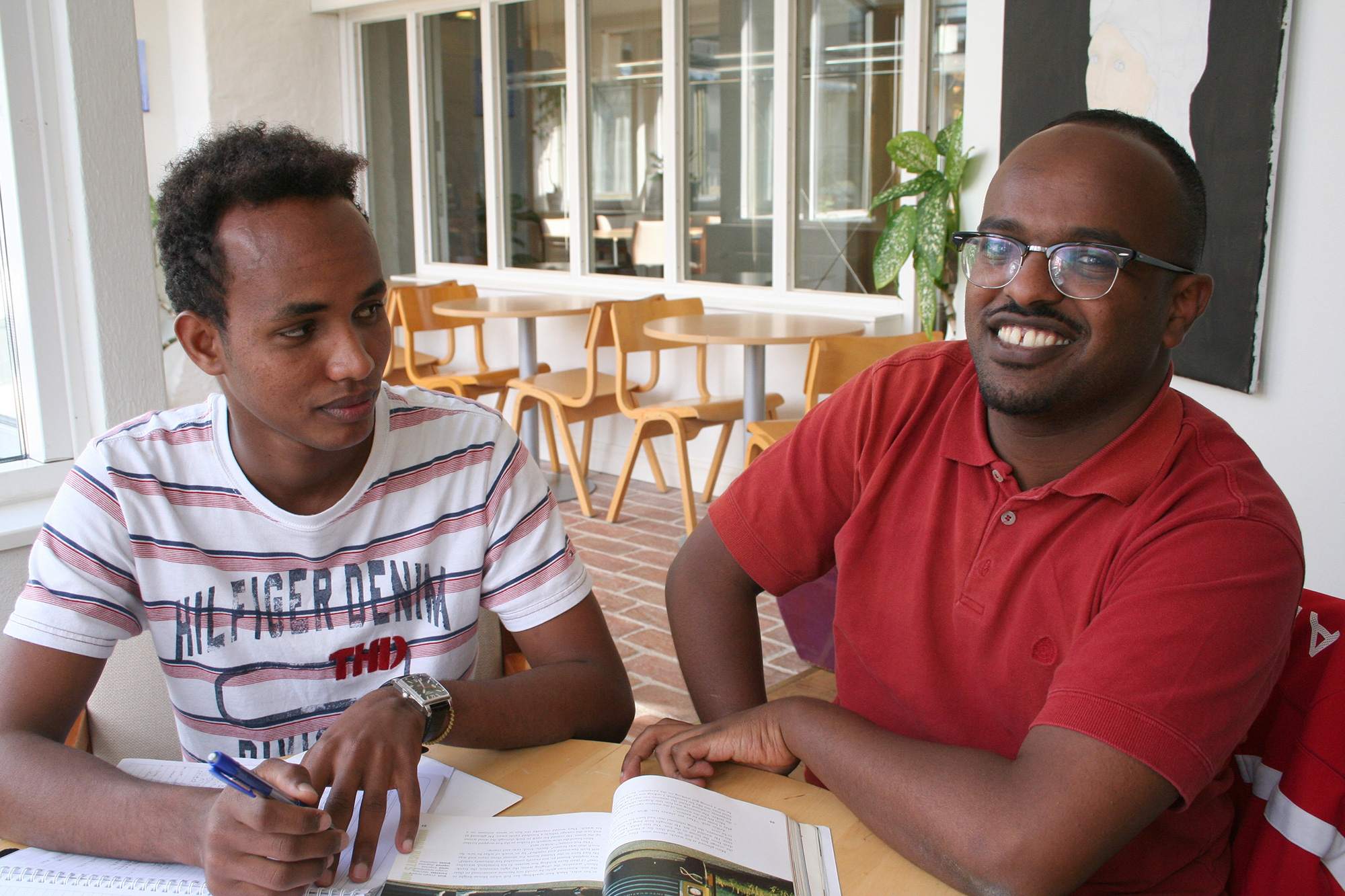 Several upper secondary schools in Linköping offer introductory courses in Swedish to young people who have recently arrived in Sweden. Some of these have a background as refugees: others have come, for example, because their parents have moved to Sweden in their work. LiU students are now getting involved as extra resources in some of the schools, helping the pupils. The idea is that the young people will in this way find it easier to master the Swedish language and find their feet in Swedish society.

The LiU students have their roots in Eritrea, Iraq, Lebanon, Iran and Somalia, and they are working with language at five of Linköping’s upper secondary schools: Katedralskolan, MTU (Medie- och Teknikutbildning), Björkö, Framtidsgymnasiet and Berzelius.


Semir Abdulkader (right above) came to Sweden as a refugee from Eritrea when he was 13 years old. Now, 12 years later, he wants to support others in a similar situation. He meets young people from Eritrea and helps them as they learn Swedish. Since they speak the same mother tongue, it’s easy to communicate and sort out problems, which gives impetus to learning the new language.

“It’s a great feeling to be able to contribute. I didn’t have the opportunity to meet other Eritreans and learn Swedish with them when I arrived, but I know how important it is to receive tuition in one’s mother tongue. I also give them insight into the society here, and we discuss such topics as Swedish values and traditions. There’s a traditional Swedish song about small frogs hopping around, and it’s very important to be able to sing it,” laughs Semir.


Once a week he visits Björkö upper secondary school, where he meets Abdulruman Muhammed from Eritrea (left above) for a Swedish lesson. Abdulruman appreciates not only the language training, but also the fact that he finds it easier to ask Semir questions about things he is wondering about. He is also happy to see that Semir is happy and well-established in Sweden.

“This means that it’s possible for me, as well,” says Abdulruman, who wants eventually to work in computer science.


Nora Hajar is studying at LiU to become a social worker and teaches Swedish to Arabic pupils Avin Rozbayani from Kurdistan and Malaz Katie from Syria. They appreciate getting language help from someone their own age who speaks their language.

“It means it’s easier to understand, and you dare to ask more questions,” says Malaz Katie.

And they enjoy their lessons.

The initiative for the students from other countries getting involved and teaching Swedish to young refugees came from Sadra Jannati (below). His roots are in Iran and he is one of the founders of United by Work, a company that specialises in employing newly arrived people and placing them with companies that require the professional expertise they offer. Language training targeted at newly arrived upper secondary pupils is so far only a small part of the company’s activities. 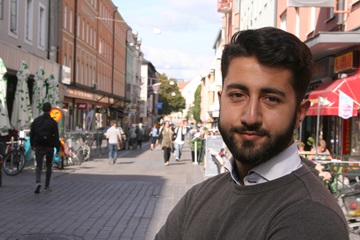 “The head teachers at the schools are enthusiastic.”

“We don’t employ only students for this work, but we would gladly employ more. We need teachers in as many languages as possible. At the moment we have people who speak Arabic, Tigrinya, Persian, Kurdish, Somali, Thai and Dari. Some of them have come as refugees themselves, while others have relatives with a refugee background. We believe that this means that it is easier for them to understand the pupils, and gain their confidence. In addition to the language training, they can also act as role models and motivate people who are newly arrived,” says Sadra Jannati.