OpenModelica is a free tool, partially developed at Linköping University, to model and simulate complex systems. It is an open-source system, which enables many actors to contribute and benefit companies and society.

Modelica is a programming language to simulate complex systems, such as cars and aircraft, and to assess the sustainability of society, including emissions and the use of resources. The first version was created at the end of the 1990s, and it has subsequently been developed and used within both research and industry. Large-scale use is also carried out in collaboration between academia and industry, in order to help develop the language further.

Traditional simulation methods use many detailed calculations – hundred of thousands of equations and alternatives that the computer must work through. The process takes an extremely long time, even when supercomputers are used. Modelica, in contrast, is an object-oriented modelling language. This means that fundamental technical and physical associations are built in as preprogrammed modules or objects. The engine in a car can, for example, be modelled as one object, while the cylinders are modelled as other objects, etc. The objects and the connections between them can subsequently be joined to form an entirety, somewhat similar to joining Lego bricks to build something. The modelling and simulation progress extremely rapidly since it is not necessary to describe and program each small detail from scratch.

OpenModelica is a free open-source computer tool that uses the Modelica language to construct models and simulations. Since it is open-source, anyone can download it free of charge and work to improve it, including researchers and doctoral students. The idea of making OpenModelica freely available is to rapidly gain new ideas and solutions to be used in Modelica modelling. 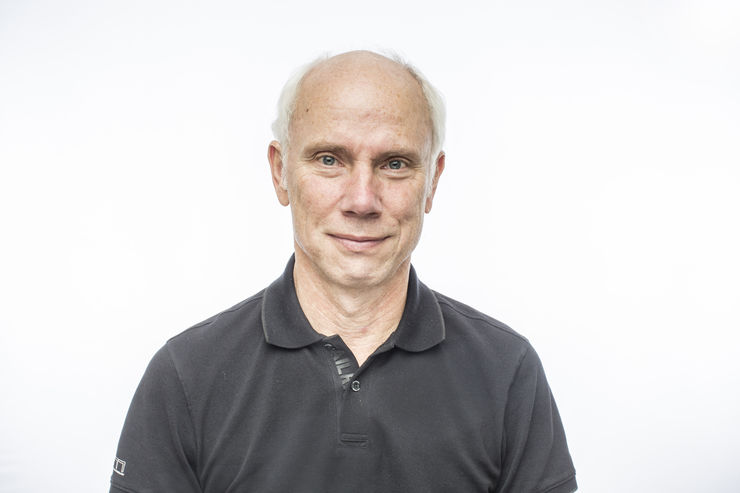 Peter Fritzson, professor of computer science at the Department of Computer and Information Science at Linköping University, has taken the initiative in presenting this open-source solution, which started in 2002. In order to support the development of the tool in the long term, he also took the initiative to forming the Open Source Modelica Consortium. This is a non-profit organisation registered in Sweden. It consists of approximately 50 member organisations, and its board has as many representatives from the academic world as from industry. Peter Fritzson is director of the consortium.

OpenModelica is used both for research and development and within real-life applications. LiU collaborates with several companies, including large companies such as ABB, Saab, SKF, and Siemens Turbo Machinery. One large-scale use of the tool is to control approximately 10% of the electricity production in Germany. ABB software is used, and generates control programs for electrical power systems, including solar energy and wind power facilities.

“It’s great that our software is used for energy-efficiency measures, in particular to co-ordinate and control renewable energy from the sun and wind. This is important on our journey towards a sustainable society with energy produced from fully renewable sources”, says Peter Fritzson.

“Open source solutions are very valuable for industry since they give greater flexibility, more rapid correction of errors, and easier communication between supplier and purchaser”, he says.

“OpenModelica is by far the best university initiative available for software support in modelling. It is incredibly important that this research is carried out.”

Volvo Cars and AB Volvo use Modelica and OpenModelica to model and simulate various aspects of cars before manufacture, in order to, for example, reduce fuel consumption. One of the uses that construction companies can put OpenModelica to is to simulate how much heat is consumed in a building, and in this way achieve better control of the indoor temperature.

“OpenModelica can be used in many fields. Politicians can use simulations when reaching decisions in, for example, economy and resource use. The tool can help to create smarter and more efficient designs, such as energy-efficient cars, and better recycling processes. The potential for using the tool is essentially unlimited”, says Peter Fritzson.

He mentions one important application in the environmental and climate field, where simulation experiments are currently in progress in order to develop an effective method to capture carbon dioxide and store it in bedrock. Another important initiative concerns eco-friendly transport for the air and motor industries, for trains and for forestry transport.
Medicine is a further field in which OpenModelica is used. Companies use simulations to test, for example, kidney function. Research is under way to use simulations to find alternatives for drug testing and thus reduce the number of animals used.

Other collaborations and results

Since OpenModelica can be used free of charge, the threshold for starting to use it is very low. Not only small and large companies, but also schools, universities and others can benefit from the tool.

For example, research is ongoing at around 30 universities in Sweden and other countries, including Germany, Italy, France, the US, India and Australia. Around 50,000 Indian students have used OpenModelica as a free educational aid.

The result of this collaboration is the development of further mathematical models for simulation, which in turn increases the quality of the product.
“Since OpenModelica can be used free of charge, there is a low threshold for starting to use it. This is one of the fundamental principles of open-source software. And in this way, the benefit to society can become considerable”, Peter Fritzson points out.

Learn more about OpenModelica and the Open Source Modelica Consortium.