Massive MIMO is seen as a key technology in the superfast 5G networks of the future. Scientists at LiU were pioneers, and a close collaboration with Ericsson Research has given Swedish industry a leading position in commercial use of the technology.

Ever since the first mobile network was launched in 1981, a new generation of mobile network has come online approximately every 10 years. Initially, it was possible to transmit voice calls over the mobile network, then images. The arrival of 4G made it possible to transmit also film. The volume of mobile traffic is increasing rapidly, and more efficient networks are required to deal with the demand for faster communication and higher data capacity. People are consuming increasing amounts of wireless data, and the new technology makes it possible to satisfy the growing needs for the transfer of, for example, film and other communication.

Telecommunications companies all over the world are preparing for the next generation mobile network, 5G. Massive MIMO technology for wireless communication has become a main component of future 5G networks.  The technology is a paradigm shift in the way base stations are built.

MIMO Is an acronym for “Multiple Input, Multiple Output”, and involves replacing the large and inflexible antennas used today by larger groups of small antennas on a base station. Advanced signal processing allows the common electromagnetic field from the many small antennas to be directed in a very narrow beam to the location of the receiver, sensor or mobile unit. By erecting more antennas and processing the signals that are transmitted and received from them in the right way, unrivalled amounts of data can be transferred.

Network traffic increases by 70-80% every year. The 5G networks may prove to be many times more efficient than the currently used 4G networks. This means, for example, that data communication can work well among huge crowds, that it has a superior capacity, and high energy efficiency.

The concept of massive MIMO technology was invented at Bell Laboratories in the US around 2010. Most researchers were sceptical at first, one reason for which was that the digital electronics required were considered to be far too complex and expensive. 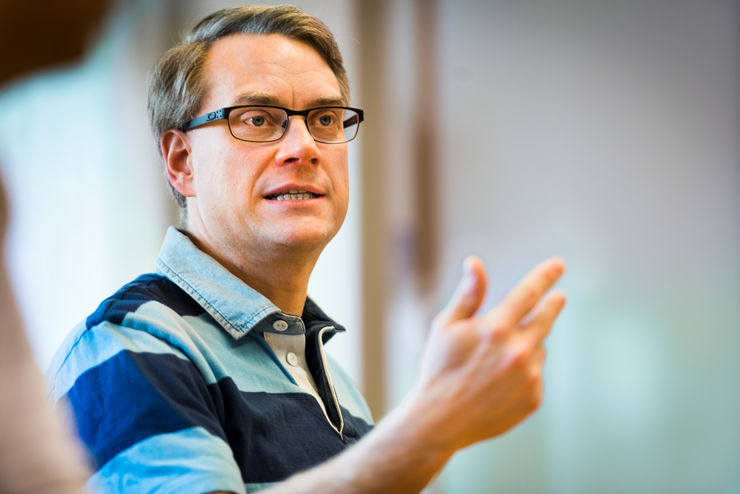 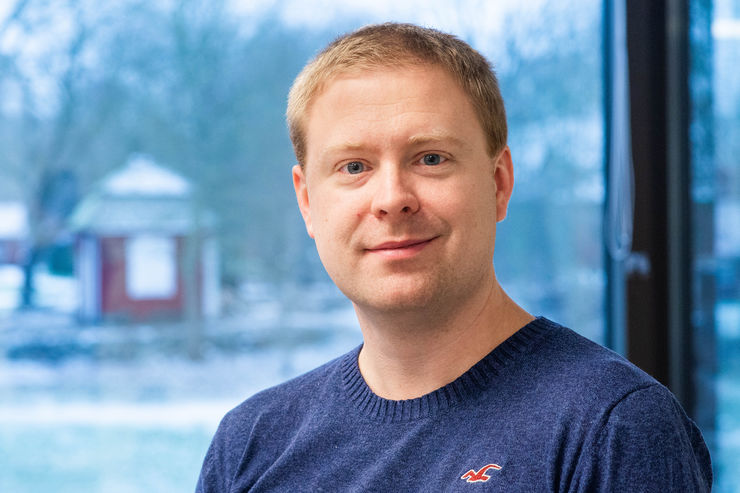 Emil Björnson Foto Magnus Johansson potential and started research into massive MIMO in Sweden. This is why he has conducted research in the field since 2009, and is one of the pioneers of the technology. Together with his research group, one member of which is Associate Professor Emil Björnson, he now carries out world-leading research in massive MIMO. And many countries are following.

As early as 2009, Erik G Larsson and his research group started collaboration with Ericsson Research.

“He told us about his new topic, massive MIMO, and we found it extremely interesting. We decided to start collaboration. We put up the money for the first doctoral student at LiU in the field, and we have supported several more since then”, says Gunnar Bark, research manager at Ericsson Research.

The collaboration between LiU researchers and Ericsson has worked extremely well through the years.

“We have always been open with each other, and the trust has been mutual. This has meant that we could ensure long-term bilateral collaboration”, Gunnar Bark emphasises.

As a result of the collaboration with LiU, Ericsson has become a world-leading company within massive MIMO technology. The company has been able to work with product development from an early stage, which gives a huge competitive advantage.

The collaboration has also led to Ericsson filing just over 20 patent applications for methods within 5G technology, with LiU researchers as co-inventors.

“Standards play a vital role in this industry. The standard adopted is determined by who has the best methods and the best technology. It is important for us to have as large a part as possible of our own technology in the standard. Since Ericsson was early with key technology due to the talented LiU researchers, we got off to a flying start”, Gunnar Bark continues.

For LiU, the close collaboration with Ericsson has led to, among other things, researchers having access to important problems to work on. Ericsson has also recruited master’s graduates and doctoral graduates from LiU.
And the LiU research has also led to collaboration with other companies, including electronics companies and mobile operators, who have been able to commercialise research results.

Another form of collaboration that subsequently arose was that with other researchers. There has been close collaboration with, for example, with a research group in electrical and information technology at the Faculty of Engineering (LTH) in Lund. Researchers from LiU and LTH have worked together on several scientific articles with major academic impact.

“Our research has a direct influence on the business world, society and master’s programmes in engineering”, Erik G Larsson concludes.

The research team has built ties with several doctoral students, and these have always contributed new and up-to-date knowledge. Some of the former members of the group, both research students and postdocs, are now building up their own research groups.

The research into massive MIMO also benefits future students of engineering. These students are being educated to take positions in tomorrow’s industries, and now receive a basic education in the technology, something that remains rather scarce both in Sweden and abroad.

The research at LiU has been rewarded with prizes and major research grants. An example is the selection of Erik G Larsson in 2019 as a Wallenberg Scholar for, together with his co-workers, developing new technology for wireless communication and remote sensing, beyond 5G. This is research that can bring new algorithms for wireless sensing, remote sensing using new types of antenna, improvements in machine learning algorithms, and new approaches to security.

“It’s a great advantage that we can focus on aspects that are most relevant and challenging from a scientific point of view. Wireless technology has been with us for many years now, and it’s interesting and stimulating to have the opportunity to take a slightly more long-term view than the thinking currently used in the industry”, says Erik G. Larsson.

Wireless communication by the metre

Is there a poor mobile signal? In that case, buy a few metres of radio stripe and set it up where it's practically invisible. Researchers at LiU and Ericsson have developed patented technology to make this possible: antennas by the metre.

In only a few year’s time, mobile networks will be required to transmit 100 times more data, which can give rise to a 100-fold increase in energy consumption. Emil Björnson has calculated how energy-efficient the networks can become.

Massive MIMO is an antenna technology that is considered the most promising for future superfast 5G networks. LiU researcher Emil Björnson and colleagues has shown that there is no upper limit for how much data that can be transferred.