My current research interest encompasses the study of electronic and atomic structures of oxide surfaces and ultra-thin films with various exotic properties for future electronics applications.

Oxide materials offer a wide range of intriguing phenomena such as superconductivity, ferroelectricity, magnetoresistance, and magnetism. To unveil the physics of these phenomena is currently an important area of scientific interest in the condensed matter physics community.

My focus is to study the electronic and atomic structures of titanium-based oxides such as strontium titanate (SrTiO3) particularly, and oxide materials in general.

I mainly utilize synchrotron-based angle-resolved photoelectron spectroscopy (ARPES), scanning tunneling microscopy (STM), and low energy electron diffraction (LEED) techniques to explore the exotic physics of these materials. The study is mainly performed at the MAX IV synchrotron radiation facility in Lund. Besides, at the department of physics, chemistry, and biology (IFM) at Linköping University, we have ARPES and STM laboratories where part of the research is performed.

Hafiz Sohail completed Ph.D. studies within the Surface and Semiconductor Physics division at Linköping University. During the Ph.D. work, Hafiz got very thorough experience of surface science techniques such as ARPES, STM, and LEED. In addition, during his postdoctoral period at Stanford University, Hafiz was involved in cuprate superconductor research and oxide thin film growth by MBE techniques. During these years, most of the experimental work was performed at synchrotron radiation facilities such as MAX-IV in Lund Sweden, Stanford Synchrotron Radiation Lightsource (SSRL), and Advanced Light Source (ALS) in the USA.

Our division develops and investigates materials for novel electronics with the main focus on silicon carbide, III-nitrides and graphene. 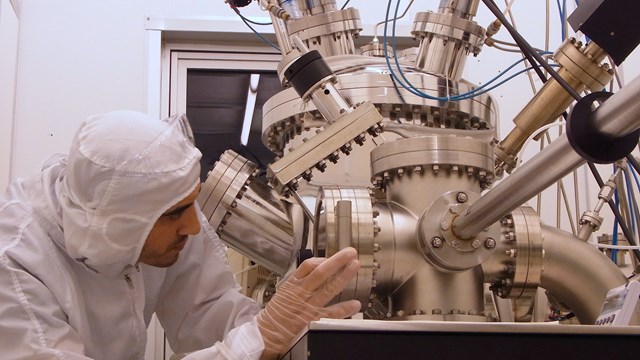