1 TWh of biogas to be gotten from waste

It is now an established fact: there is one terawatt-hour of biogas in the waste streams from paper and pulp mills. A biogas facility at, or adjacent to, a mill also provides a number of other advantages, as a newly released research report shows. 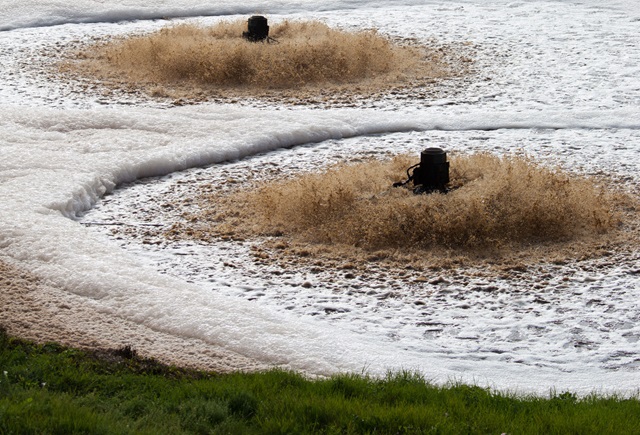 Photo credit: Charlotte Perhammar“The most important result is that we now know with certainty that what the mills today use electricity to ventilate away could be 1 TWh of vehicle fuel. Biogas production yields a double gain, both a savings of electricity and production of biogas,” says Jörgen Ejlertsson, adjunct professor at the Department of Thematic Studies – Environmental Change, Linköping University, and head of research for Scandinavian Biogas Fuels.

Since 2011, researchers at the Department of Thematic Studies – Environmental Change, together with Scandinavian Biogas and Pöyry, have been investigating how large a part of the potential for biogas production found in the waste from paper and pulp mills it is possible to extract. The project has largely been financed by the Swedish Energy Agency, together with the mills concerned. The industry has also taken part in the operation of the project’s pilot reactor.


The potential for 1 TWh, originally calculated in theory, turned out to be both technologically and practically possible to extract, with several positive synergy effects. For example, capacity in existing water treatment facilities can be increased drastically, at the same time as energy and chemical consumption can be reduced. In addition, the mills are often located where access to other digestible material is not very great, which means that biogas production can be spread more evenly across the country.

There are therefore gains to be made for the mills, but in most cases not large enough that they would regain their investment costs in a biogas facility within a reasonable time. One exception is Fiskeby Board which, owing to increased demand for cardboard produced by recycled pulp, needed to expand its water treatment. For them, a biogas reactor became a more effective alternative that led both to reduced energy consumption and to the opportunity to drastically increase capacity in the existing facility as well as access to gas that could be used, for example, in their drying machines.

“During the course of the project, we had a dialogue with Fiskeby and also looked at issues linked in particular to their facility. It’s not easy to be the first mill taking this step; they’re fearless over at Fiskeby,” says Bo Svensson, professor at the Department of Thematic Studies – Environmental Change, in admiration. He conducted the research project together with senior lecturer Annika Björn.


Mr Ejlertsson sees several ways forward:
“Investments can be made by the mills, but also by the energy and biogas sector. We borrow their wastewater, digest the material, and returned cleaner water.”

There are also important nutrients that remain in the sludge that remains after digestion such as phosphorus and nitrogen – substances that can be returned to the mill’s water treatment plant or used for various types of cultivation.

Scandinavian Biogas is now investing in building a full-scale facility in Norway.

Digestion of wastewater from a pulp mill is expected to yield 25-30 GWh of biogas; added to this is substrate in the form of salmon that died naturally in nearby salmon farms that yield at least an additional 90 GWh – something that makes it possible for the facility to make a return on the investment.

But politicians should also do their share:
“Approximately 70 percent of all vehicle fuel in Sweden today is green, but to reach the goal of a fossil-free fleet of vehicles by 2035 – in which biogas is an important piece of the puzzle – long-term political decisions are needed with instruments of control that provide better conditions for this type of investment,” Mr Ejlertsson says.

An addition of 1 TWh means that Swedish biogas production would increase 60 percent.


As part of the “Establishment/optimization of biogas production in the pulp and paper industry” research project, funded by the Swedish Energy Agency, researchers have produced a synthesis report. There are concrete results and economic calculations here for mills that produce sulfite, sulfate or mechanical pulp. Different concepts are preferable depending on what pulp is being produced. The investment costs vary depending on the type of reactor and pulp, as do the energy gains in water treatment and the exchange of biogas.

For an average mill producing mechanical pulp, for example – of which there are 12 in the country – an investment of 64 million SEK yields an exchange of 18 GWh of methane and a halving of the energy consumption for water treatment.

At the BillerudKorsnäs works in Frövi and Rockhammar, trials are currently underway to make use of waste to produce biogas. For the plant, this would mean dramatic reductions in electricity costs and reduced carbon dioxide emissions.