Combitech and Norrköping Municipality have managed to get
Combitech Whirlpool to donate their advanced EMC lab to LiU. The lab will initially be used for teaching electronic design. 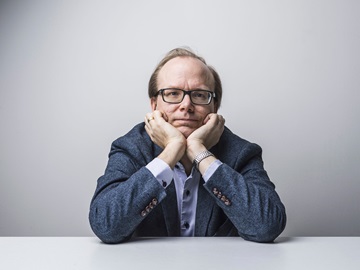 In an EMC lab – EMC stands for electromagnetic compatibility – it is possible to ensure that electrical equipment can function in its environment without creating interference for other equipment. The lab, which was located in Whirlpool’s site in Norrköping, will now be donated to LiU and will be moved to a site on Campus Norrköping.

“The lab makes it possible to do lab work in an advanced environment and to increase the quality of the teaching. In addition, we hope that this intensive collaboration with Combitech will lead to more collaboration and joint research projects,” says Michael Hörnquist, professor and deputy head of department in the Department of Science and Technology.

In January 2014, the management of Whirlpool decided to move development and manufacture of microwave ovens from Norrköping to the company’s other units in Italy, the United States and China. Combitech has been engaged to help with transferring competence in connection with the relocation.

“Combitech, together with Norrköping Municipality, has been working for a long time to make the donation a reality and it is fantastic that we have brought it home. The students at LiU will now have access to one of the largest labs in any Swedish university or college,” says Christoffer Eek, business developer at Combitech, in a press release.