Even construction can be automated

Automating construction is a way to make more time for creativity and new thinking. Kristian Amadori, in his doctoral thesis, shows how intelligent geometric modules can be combined into entire families of aircraft.
Even everyday products like household appliances, mobile phones, and especially cars, are equipped with intelligence. The products also retain more functions that require closer coordination between mechanical construction, electronics construction, and software development. The demands on designers are increasing. 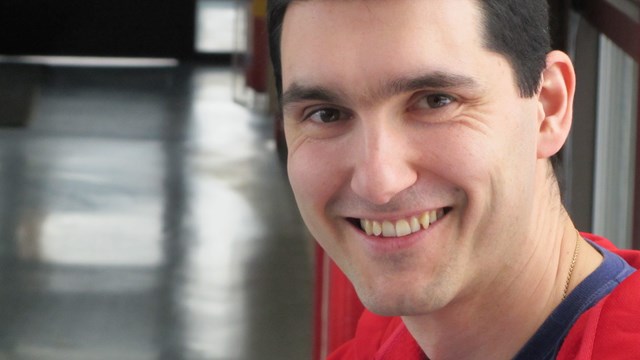 “Complexity is growing while development work has to move faster. Simply employing more people in the construction department doesn’t solve the problem; you also need to find new methods and tools,” says Amadori, who recently defended his doctoral thesis in Machine Construction at Linköping University (LiU).


Use the computing power

“We’re getting access to more and more computing power and better software; now we can gradually let the computer do what computers are good at, to do something over and over again according to the instructions provided. This makes more time for the creative aspects of construction work,” he says.

He sees a range of advantages in automating parts of construction work: the disappearance or decrease of the repetitive and boring parts of the job, fewer errors since the computers always follow the instructions to the letter, and increased opportunities to re-use constructions already completed. In his thesis, Amadori shows examples of how construction, even of parts for products as complicated as aircraft, can be automated.

“This provides even greater freedom in the design. The estimation models used earlier worked well as long as you kept within a certain framework. If you put a picture of a Boeing 707 over an Airbus A340, you can see that not a whole lot has happened to the design concept, despite them being constructed many years apart. Automated construction opens up opportunities for estimations that aren’t limited in the same way,” he says.


Optimize as a whole 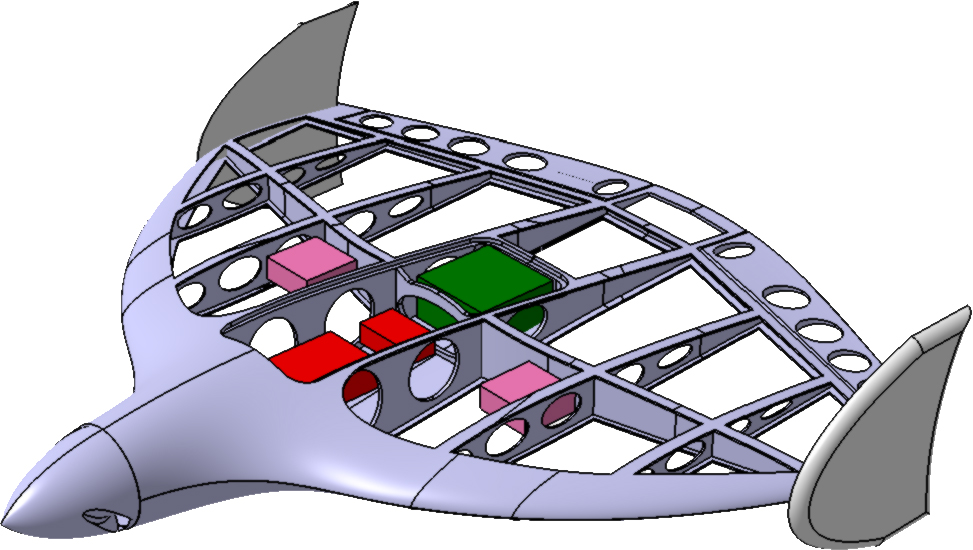 One piece of this puzzle is MDO, or Multidisciplinary Design Optimization. Instead of studying each area by itself, aerodynamics, production, performance, or ergonomics, the system is studied and optimized as a whole, which is also described in the thesis.

To automate construction, you need to divide what you want to construct, possibly a car, an aircraft wing, or a mobile phone, into a number of modules and create intelligent building blocks with the help of KBE, knowledge-based engineering. Each module, which is a geometric model, contains knowledge of the demands imposed, of the relationships to other modules, and so on. With the help of the designer’s instructions, the computer can then automatically combine the modules, the building blocks, in a number of different ways and optimize the construction according to weight, performance, size, or comfort, for example.

In the first article of the thesis, Amadori shows how the methods can be used to construct and manufacture a whole family of Micro Air Vehicles, or MAVs. 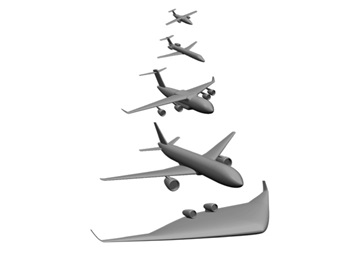 All these small planes meet the basic requirements imposed on aerodynamics, weight, performance, and selection of propulsion components. The components are also laid out automatically in different variations depending on size and the form of the aircraft body and wings.
With the help of a 3D printer, one or more of the models can be quickly produced in durable plastic. The models have also been tested with good results.

“Automating construction deals with just doing the basic job once, developing templates, for everything else that are otherwise repetitive work tasks. If we’re writing a letter, we don’t start out with a blank piece of paper, but we pick out a template; that’s what this is also about,” Amadori says. “But this is a general method of approach that can be used regardless of whether you’re constructing aircraft wings, car seats, or industrial robots.”

The thesis also provides several examples of just that point.

His interest in aviation has now led Amadori to Saab, where he’s working on developing new products, but he still has one foot in the Division of Machine Design, especially to mentor new doctoral students. 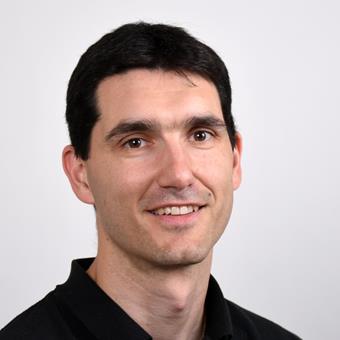