The nomination was worded as follows:

Patrik inspires by relating his own stories from real life, from which students can learn much. He gives them pause for thought and encourages them to think differently. He is unlike any other lecturer in that he gets people to see things from different standpoints. His way of conducting lectures is enthralling and people listen from start to finish. His lectures are interwoven with personal opinions and thoughts, and he encourages others to be critical and emphasizes that nothing need be the way "everyone else" says it should. And lastly, he also kindles an interest in psychiatry for people who have not had one previously. He is simply an excellent inspirationalist. 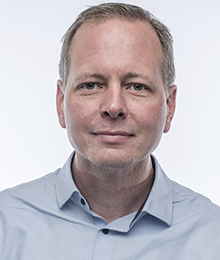 Photo credit: David Einar
This is the second time Patrik receives the award (he also received the Excellent Inspirationalist award in 2012).

Patrik works chiefly as a lecturer and researcher in the Nursing Sciences Programme at Campus Norrköping. He is also specialist training course manager for psychiatric nurses. He lectures in psychiatry, healthcare science, methodology and philosophy; he tutors and examines theses at the bachelor and master levels. In 2011 he defended his thesis "Tradition and Horizons – the Healthcare Culture's Significance for Healthcare Practice".

Katarina Karlsson at the Faculty of Medicine and Health Sciences was also awarded the title Excellent Inspirationalist during yesterday's nomination thanks to the satisfied nursing students in Linköping. 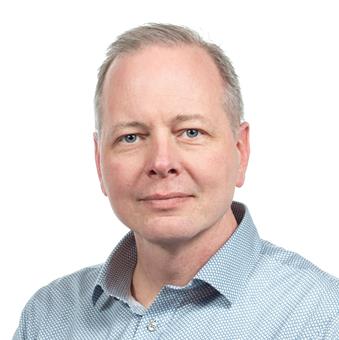