”Studying at LiU is very useful for your future career”

Fabio Siliberto gained his bachelor degree in engineering and computer science from La Sapienza University of Rome, Italy. He sought a better understanding of how computers and software work. 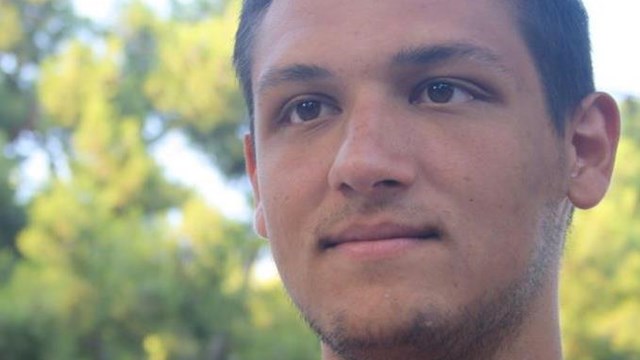 ”Technology completely pervades the world as we know it, and I believe it’s good to understand how and why it all works, so we can get the best out of it”, Fabio Siliberto says.

Fabio speaks highly of the master’s programme in Computer Science at Linköping University (LiU). He compares it with programmes that focus solely on theoretical aspects, and says that he sees advantages in working in a laboratory.

He loved how most of the courses are organised, where one part is theoretical work, and the other is work in a laboratory.

”This enables the students to actually practise what they are studying. You become very confident in what you have learned, which is an amazing feeling.”

Regarding his future, Fabio says he's open for any opportunity after finishing his studies.

”Studying at LiU is very useful for your future career: it prepares you for real, hands-on projects. And since you do most of the lab work in pairs or in a group, you improve your communication skills and ability to work in a team.”

The international atmosphere is one of the best things about LiU, according to Fabio. He has met people from the US and Canada, Australia, Japan and China, Russia, and almost every country in Europe. LiU has many student organisations that always have some event planned. You can find something to do every week, and it is also good for networking. He adds that besides international students, Swedes often participate in the events.

”They might seem a bit shy or reserved in the beginning, but they’re not! Swedes are actually very friendly, and once you get to know them, they will become your friends for life.”

Provides skills needed within modern software technology, for positions such as operating systems designer or Internet security specialists. You can also pursue a career in research or continue your studies towards a doctoral degree.