Gender research in an international environment

Almost 200 international guest researchers in five years and a research school with partners in many countries. Gender research at Linköping University is growing and thriving in an extensive
international network. 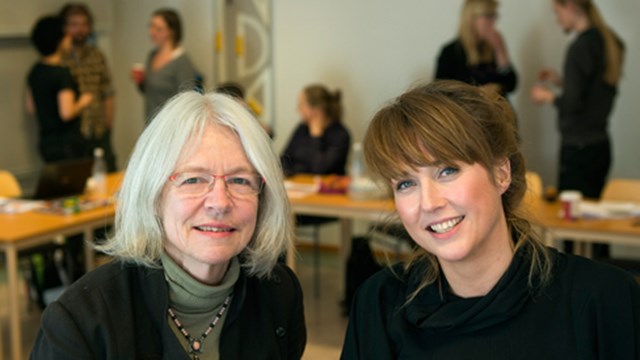 Gillian Einstein is a professor at the University of Toronto, where she conducts research into gender and medicine, in particular neuroscience and women’s health. At the moment she is visiting professor at the Unit of Gender Studies and the Faculty of Health Sciences at Linköping University, where she is investigating how women’s health and quality of life are affected when their ovaries are removed.

Prof Einstein belongs to the Unit of Gender Studies’ network of internationally renowned gender researchers, which has been built up via the Centre of Gender Excellence, GEXcel and the international research school InterGender.

“It started in 2004 with a Nordic research school which was built up in partnership with 40 universities in eleven countries. Then we got a new grant from the Swedish Research Council for the InterGender research school, which now has 16 partners in six countries,” says Nina Lykke, professor at the Unit of Gender Studies, scientific leader for InterGender and co-director of the new GEXcel International Collegium for Advanced Transdisciplinary Gender Studies.

“Interest in being part of the InterGender partnership is solid, and there is great competition to be accepted at the international PhD courses of the research school. There are often at least twice as many applicants as places on the courses,” Prof Lykke tells us.

To begin with, the research school worked with time-limited grants, but plans are now well underway to form an international consortium to continue the work, when the grant from the Swedish Research Council ends in late 2014.

GEXcel has also become a permanent institution after first having been funded as part of the Swedish Research Council’s programme for centres of gender excellence during 2007–2012. GEXcel started as a collaboration between the universities of Linköping and Örebro, but Gender Studies at Karlstad University has now been included, and the collaboration has taken on a new form in the GEXcel International Collegium for Advanced Transdisciplinary Gender Studies.

With GEXcel, the already existing strong networks and contact flow were reinforced. The guest researcher programme has been an important part of GEXcel, and over the first five years it received 200 guest researchers, who stayed between one week and six months in Linköping or Örebro.

The evaluations by the Swedish Research Council have lauded GEXcel as a research environment that has attained “a notable position in international gender research” and specially mention the internationalisation of the academic work as well as the outstanding publications, including a book series from the international publisher Routledge.

“GEXcel has become a meeting place for both internationally renowned researchers and promising young researchers from all over the world. This means that professors, lecturers and doctoral students at the Unit of Gender Studies work in an international environment, where they can maintain an immediate dialogue with the cutting edge of the research,” says Prof Lykke.

Cecilia ÅsbergHer colleague, Cecilia Åsberg, who is associate professor at the Unit of Gender Studies, and co-director of GEXcel International Collegium tells us about exciting research meetings.

“We see synergies, we investigate how we can think differently and approach problems in new ways. And find new links that lead to new research projects.”

“This is broad-based humanities and social science research with contact points in practically all academic subjects.” At the same time, there is a long-established worldwide movement of feminist gender researchers. This makes it easy to find common issues, even if they are formulated in different ways.

One example is a book about new reproductive technologies edited by Prof Lykke and Merete Lie, professor at NTNU in Trondheim.

“These are technologies that raise a lot of moral and ethical questions, and are handled very differently from country to country. For example Sweden does not permit anonymous sperm donation, while the principle of anonymity was important for many years in neighbouring Denmark.”

Thanks to GEXcel’s international network, issues can be investigated by researchers with a knowledge of Scandinavia, Europe as well as Iran, Ukraine, Israel and Palestine.

“GEXcel International Collegium is even more firmly anchored in ongoing research activities than its predecessor, and has a greater international reach,” says Dr Åsberg.