Ingrid Asp has the opportunity to help others, through her donation to medical research. And at the same time she is making a positive contribution to society. 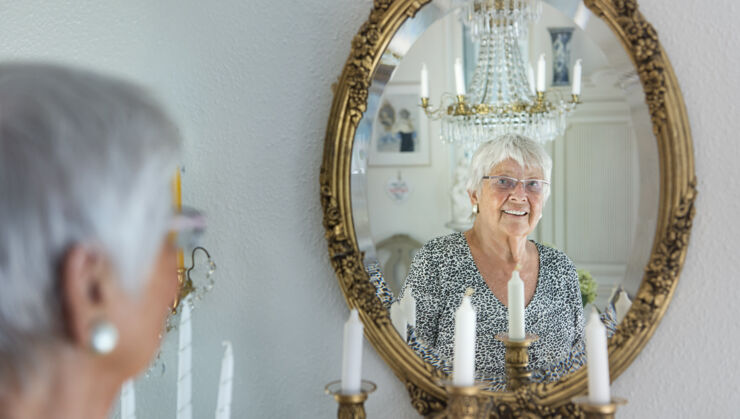 An incredible amount of money for most of us. Ingrid Asp was able to donate this large amount mainly because she was born into a family business in a small town, Södra Vi, in Småland. The Ljunghäll company, which is still active, works with pressure die casting in lightweight metals, with customers in the motor industry, among others. Ingrid Asp worked there for much of her professional life, with responsibility for export. She travelled all over the world, and learned several languages by self-study. When the company was sold in 2004, she received a large payment. At the same time, her son had developed serious renal disease. This was a severe blow for the family, and Ingrid Asp is close to tears when she remembers that difficult period.

“I sat in Gullringen, where we were living, and googled ‘renal disease’. At the time, I didn’t know anything about what kidney disease and the dialysis that it makes necessary mean for a patient.”
After a wait of 15 years, her son was fortunate enough to receive a kidney transplant, and is today in good health. The powerful feelings of anxiety, grief and powerlessness that Ingrid Asp had experienced when her son was ill inspired in her a desire to help the increase of knowledge in the field. The Stiftelsen för njurmedicinsk forskning (“Foundation for Renal Research”) was established at LiU in 2005, initially with SEK 10 million from Ingrid. The foundation currently finances a professorship within renal medicine and several projects that have been started in this research field.

After some years, the Stiftelsen för forskning inom psoriasis och eksem (“Foundation for Research within Psoriasis and Eczema”) was established, with a further SEK 10 million from Ingrid Asp. This foundation also arose as a consequence of experience of disease within her family.

The donation to Linköping University resulted in more that “just” the reinforcement of two new fields of research at the Faculty of Medicine and Health Sciences. It led also to Ingrid Asp coming to view society from a new perspective. She knew nothing about the world of universities or the conditions under which research takes place when she decided to make her donation. “I’ve done many things in my life, but that which has given me the greatest fun is contact with the scientists at the university. Every time I meet them it makes me realise how little I know”, she says, smiling.
Her response to meeting researchers shows that she is learning more and more about the research that is carried out, and that further questions are awakened as her knowledge increases.

Renal disease is more common than many people realise. Around ten percent of the population has some form of chronic renal injury or disease. The aim of the research at LiU is to increase our knowledge of renal disease and open better possibilities for treatment. Psoriasis is another condition that affects many people. Approximately 300,000 people in Sweden suffer from psoriasis, a chronic inflammation of the skin and joints, which can contribute to cardiovascular disease. The objective of the research carried out at the Ingrid Asp Psoriasis Research Center is to understand psoriasis and its causes, such that we can in the long term find a cure or new treatments that alleviate the symptoms. Ingrid Asp has chosen to be an active benefactor, and visits the university several times each year when the foundations meet.
“I’m learning new strange words all the time. ‘Dean’, ‘faculty’ and ‘docent’, for example”, she says, once again with a twinkle in her eye.
Ingrid chose Linköping University

Ingrid Asp is impressed by the way that Linköping

University has received her as a benefactor. She contacted several universities at the beginning of the new millennium, after deciding to donate money to medical research, but she felt that it was only at LiU that she was received with genuine interest. It was natural for the university management at LiU to arrange a meeting to find out more about her thoughts and wishes. In several other cases, the institution replied simply with a bank account number and information about depositing the money. This determined the selection of LiU as university. In addition to the meetings, she now has direct contact with scientists. She does not, of course, give any opinions about how the research should be conducted: she simply wants to keep in close touch with what’s going on.

Others donations to the foundation

Ingrid is now retired and spends a lot of time with her three grandchildren, often runs off to dances, travels a lot all over the world, takes residential language courses, reads (currently Elena Ferrantes’ novel “Det förlorade barnet”), plays the piano, and occasionally paints watercolours. But she also devotes a lot of time to the two research foundations. She initially chose to be anonymous, but came out into the open after a few years for a single reason: to actively seek further donors for research in the two fields. In this she has been successful, and several companies now contribute capital to the foundations.

“A great deal of capital, from both private individuals and companies, is wasted. So many more could make a difference by donating money to research that they choose to support. But when it comes to medical research, I believe that it is only when something affects you personally that the idea of contributing comes to you. Until then, it’s probably not something you think about in day-to-day life.”

Ingrid Asp returns to the feeling of making a difference that she experiences by contributing.
“The donation has opened new worlds for me. I’ve learnt a lot, and it’s satisfying to make a donation that benefits other people. I’ve heard the narratives of many patients now, and a great deal about organ donation.”
She sees it as her mission to spread the work that every one of us should act responsibly and register for organ donation. Ingrid Asp becomes thoughtful, and a new smile breaks through.
“Just imagine if scientists could manufacture an artificial kidney, how many lives would be saved. But a die-cast kidney from the Ljunghäll factory probably wouldn’t help here.” 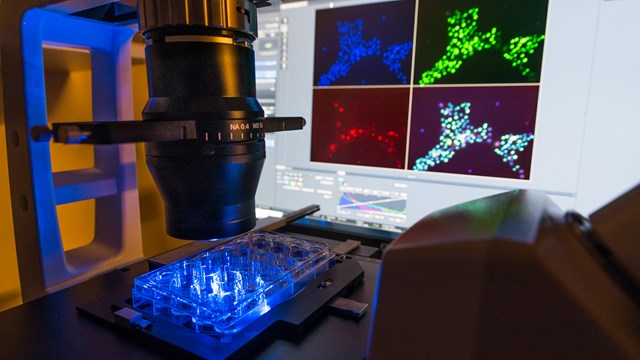 Our research program has been made possible by a generous donation from the Ingrid Asp Foundation. Our ultimate goal is to obtain an improved understanding of the pathogenesis of psoriasis and to find new modalities for its therapy. 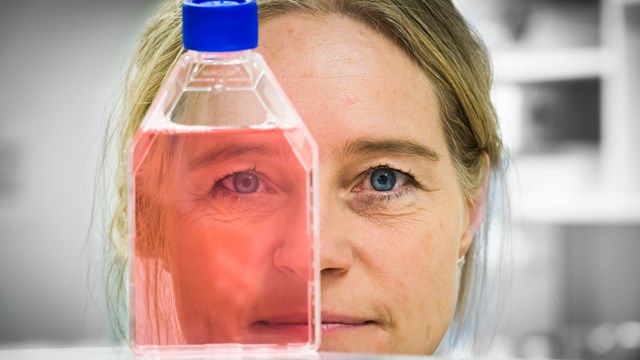 We are studying the pathogenesis of the disease in experimental systems using broad cell biological techniques. Special interest is devoted to psoriasin which is a small protein...

I get to be involved and see what the money is used for. As donor, I find it extremely important that I’m involved along the complete journey[No text in field]