The Knut and Alice Wallenberg Foundation, various universities
and companies will invest SEK 1.8 billion over an 11-year period on
research and development of autonomous systems.. 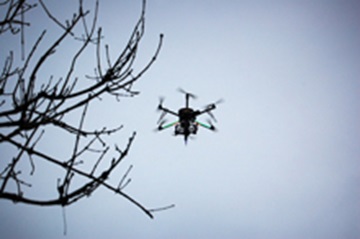 Linköping University is host university for the programme, which brings together world-leading expertise from four Swedish universities. Swedish industry welcomes the programme.

”Obviously I’m delighted and proud that Linköping University has been entrusted to manage an investment of this magnitude. Our university is 40 years young, and this shows that we have been doing things the right way. It’s a superb present on our 40th birthday,” says LiU Vice-Chancellor Helen Dannetun.

The Wallenberg Autonomous Systems Program, WASP, is a forceful research programme focussing on basic research, education, training and recruitment in the field of autonomous systems and software development. The programme is being run at Chalmers University of Technology, KTH Royal Institute of Technology, and the Universities of Linköping and Lund, with Linköping University acting as host for the programme. The programme will also involve research teams at other higher education institutions. The total investment is SEK 1.8 billion, of which the Foundation is providing SEK 1.3 billion, and universities and private enterprise the remaining SEK 500 million.

“It is essential that Sweden, both as a research centre and an industrial nation, can become an international leader in autonomous systems and software development. This field represents a shift in technology, described by many as the fourth industrial revolution,” says Peter Wallenberg Jr., Chair of the Knut and Alice Wallenberg Foundation.

Large investments are being made around the world in autonomous systems and software development. This is not just about self-driving automobiles and products capable of making themselves. It includes smart energy systems, intelligent and resource-efficient transport systems, advanced decision support or providing means for emergency relief operations to reach remote disaster areas.

WASP research will help to establish an extensive body of knowledge and development in a large number of fields in which intelligent vehicles, robots and complex software-intensive systems achieve autonomy in interaction with human beings.

“The idea is to combine existing pre-eminent competences in the fields of electronic engineering, computer technology and computer science, found particularly at Sweden’s four major information and communication technology universities, although there will also be resources to bring in researchers at other universities,” Mr. Wallenberg explains.

Industry is positive to the programme and the investment.

”The transformation of industry that’s underway in the world is driven by digitalisation and mobility. Solutions in automation, largely based on modern and efficient software, will fundamentally influence the ability of Swedish industry to compete in the future. Leading this development requires close collaboration between industry, academia and world-leading research. WASP addresses all these aspects and will be one of the most important ventures in Sweden in the coming decades. Also, it complements Ericssons’s current initiative, "5G for Sweden", explains Sara Mazur, Head of Ericsson Research.

The programme will have a huge impact on the future competitiveness of the Swedish system-building industry. Mastering the complex interplay between humans and interacting systems with varying degrees of autonomy is increasingly important. The programme’s focus on industrial relevance, long-termism, utilisation of international expertise and ambitious research school is an excellent arrangement,” says Pontus De Laval, CTO at Saab.