The recent refugee crisis is unparalleled in modern Swedish history. LiU’s vice-chancellor has decided to appoint a coordinator to manage the university’s initiatives relating to the crisis. 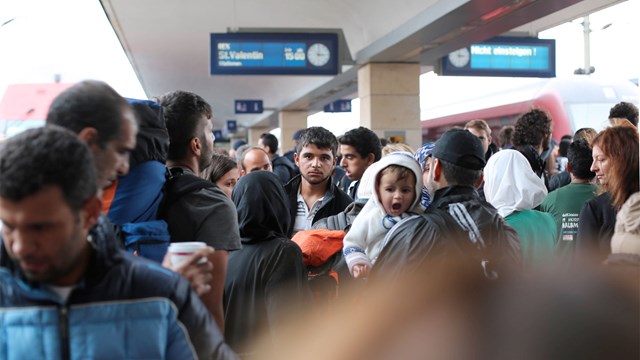 Photo credit: Josh ZakaryThe development of the refugee situation in Europe and Sweden raises the question of how Sweden can react to to the challenges and opportunities arising in the wake of the refugee movements. This also applies to the university.
At LiU a number of individuals, student unions and student associations have proposed and taken actions on how the university can address the refugee issue.
The focus of the vice-chancellor’s decision means that the university will work actively to help new arrivals get established in Swedish society and to ensure that their potential is utilised.

“This autumn we received many inquiries and proposals, from both staff and students, regarding what the university can do in this difficult situation. Our mission is, based on a democratic values and an academic tradition, to create, disseminate and apply knowledge. Against this backdrop we want to see what we can contribute,” says Vice-Chancellor Helen Dannetun.

The main driving force behind the initiatives is the university’s expertise in education and research. A lot is already ongoing, such as supplementary training and further education programmes for people with foreign degrees, as well as a collaboration with Arbetsförmedlingen, the Swedish Employment Service. And of course, these projects could be extended.
In education, efforts are underway to boost the university’s ability to offer contract education. These efforts could be aimed at refugee-related areas, such as people who are or have been refugees, or societal services currently in high demand, such as social workers, teachers and healthcare workers.

Against this backdrop, the vice-chancellor has appointed Per Larsson, head of faculty office at the Faculty of Science and Engineering, as special coordinator for the university. He will be supported by Veronica Brodén Gyberg, Department of Thematic Studies – Environmental Change.
“A number of initiatives at LiU have been underway for several years, for instance, relating to supplementary training. But there are also several new proposals from both students and employees on how the university can contribute further. So to start with we want to get a more complete picture of the current initiatives and new proposals. We will also examine how they can be linked together in different ways, internally as well as in cooperation with external actors. We will be collaborating with several actors in our surroundings, so we plan to contact them to find out their expectations of the university and what we can expect from them,” says Per Larsson.

The project will run through 2016 and possibly longer.