When the first medical students start in Linköping in 1969, they only receive the latter part of their training here; the first two years are at Uppsala University. Later, the university wants to convince the Swedish government that a complete medical programme should be started in Linköping. To succeed in this, LiU has to present something innovative. 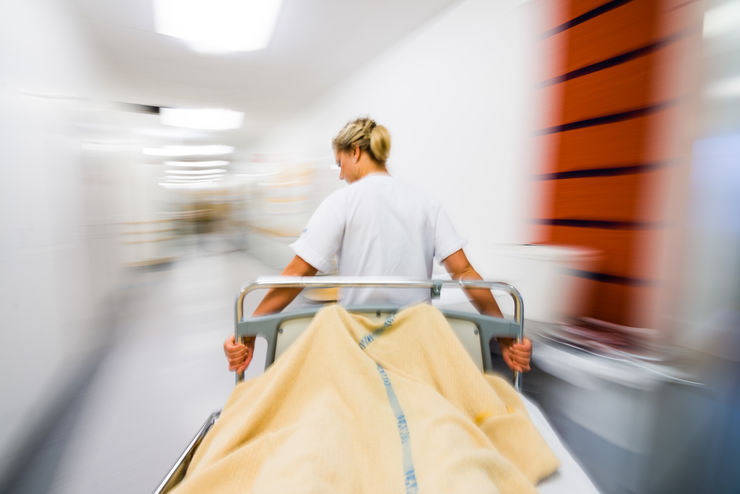 Photo credit Thor BalkhedA few universities around the world have implemented an exciting new method called problem-based learning, PBL. In PBL, students face different cases, and have to formulate what they need to know, and search out the knowledge they need. There are no given right or wrong responses, and different sources can contradict each other. The teachers shift from giving answers to asking questions and posing challenges.

LiU believes in the method, and wants to use it in its programmes for medicine and healthcare. Lots of people are sceptical to the new approach; some are very critical. After consultation, one response goes so far as to say that if this is implemented, it will be “a threat to the quality of our future doctors”. But the proponents battle on, and in 1986 Linköping University’s own faculty of health sciences is inaugurated.

When the first students come in contact with problem-based learning, there is confusion and intense debate. But the method delivers clear benefits. In studies from other programmes, students rewrite an exam a couple of years after they originally wrote it. Those who have had PBL fare much better. Similarly, doctors with a background in PBL get far better test results after their internship than those who studied traditional programmes. When students have actively sought out and reasoned their way to knowledge, their recall is simply better. More educators have realised this, and today PBL is used in nearly all Scandinavian medical and healthcare training, and in other programmes as well.

LiU is also a pioneer when it comes to training students from different health sciences programmes together. In the first semester, all new students study the same introductory course. This is good, but not good enough. Because they have to work together after graduation. It’s as if actors would learn their roles separately, and not interact until opening night.

“What the heck, why don’t we start a ward where the students get to care for patients together, based on their professional roles,” says Mats Hammar, head of the medical programme in the early 1990s. Orthopaedic surgeon Ola Wahlström suggests it should be orthopaedics, because the field includes important duties for all the student groups.

This is how LiU ends up with the world’s first student-managed training ward. The model spreads, and groups from all over the world come to Linköping to study what is called “the Linköping way”.

Here we present a small selection of all the exciting things that happen or have happened at Linköping University.