School project in Guatemala – a lesson for life

Engineering students Sabina Nordén and Sofie Folkesson took a year off university to work on a project in Guatemala. The experience changed how they look at life – and the Guatemalan pupils got a better school. 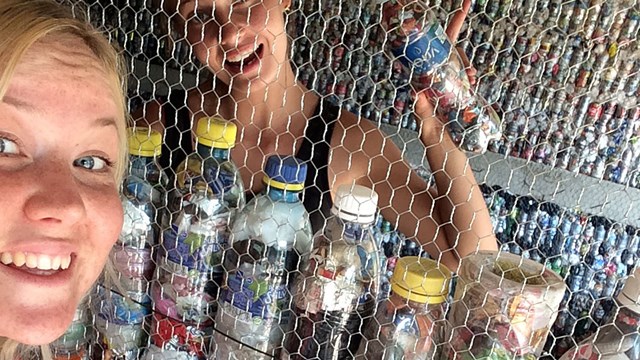 They are back for their final year in Industrial Engineering and Management, after a year off where the last six months were spent in the village of San Juan La Laguna, renovating and extending a girls’ school.


Benefit to the world


In Sweden during the six months prior to the trip, they worked hard to get funding for the project. All on their own initiative.

“Getting the money together was tough; we sold bracelets at markets and online, which brought in over 40,000 Swedish crowns, and we got some grants and sponsorship money from businesses. In the end we had more than 200,000 crowns,” Sabina Nordén explains.

The idea behind the year off was to do something of benefit to the world.

“We wanted to help out somehow. And we didn’t want to just sit around talking – we wanted to act. So we said to each other, let’s have a go, and do something from scratch,” says Sofie. 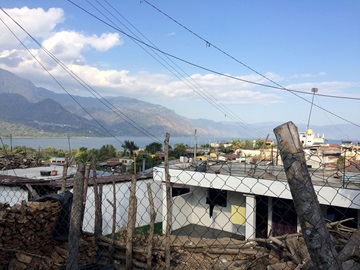 Through private contacts in Guatemala they learned that the schools there are in need of renovation. This was the starting point of the entire project.

The 200,000 crowns they raised was sufficient to complete the school renovation. Sofie’s speciality is mechanical engineering and design, Sabina’s is energy and environment. This combination led to them using renewable materials in the building design. 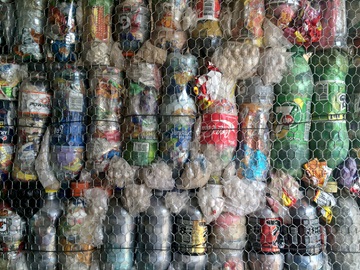 In the village, 2,500 PET bottles were collected and filled with rubbish – to insulate the walls better. The bottles were stacked and held together in chicken wire, and covered in concrete. Builders from the village helped Sabina and Sofie with the construction work. Through social media they recruited volunteers from around the world, and villagers and the school’s pupils and teachers helped collect the bottles and fill them with rubbish.

“There was lots of blood, sweat and tears, but also tons of laughter and joy during our time in the village,” Sabina and Sofie explain. They lived with a Mayan family, sharing their day-to-day lives, and eating with them. It was quite cramped.

“Plus, in our little room we sometimes had seven volunteers sleeping,” says Sofie. 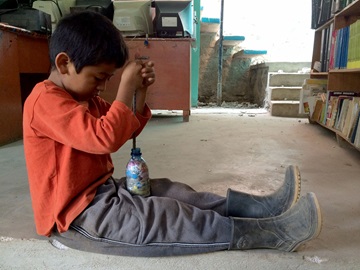 This summer the school’s upgrade/extension was complete, and it could take many more pupils than before.

Sabina and Sofie feel the year taught them a huge number of lessons. With no hesitation they mention conflict management as an example. Being a young woman in a male-dominated village, and on top of that, managing a building project, was not easy.

“We were angry sooo many times. People tried to cheat us, we had to constantly be on guard, there was lots of trial and error and lots of cultural clashes,” explains Sofie.

They learned Spanish, project management, construction and practical building techniques; they gained insight into themselves, and more in-depth knowledge of their surroundings, the environment and gender equality.

“Since we were working at a girls’ school it was natural for us to talk about gender equality. Plus, we started a recycling centre in the village. We didn’t make much progress there, but there are plans for how the villagers can continue work on that,” Sofie adds.

“Caring about the environment might seem like a first-world problem when you don’t have food on the table – then you don’t care about where you throw your rubbish. But we still got a good response from the villagers, in particular the children who were very engaged in environmental issues. More than we expected,” says Sabina. 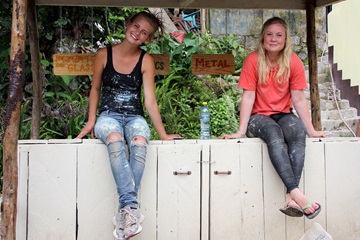 Now that they are home in Sweden, they reflect more on the life they live here.

Sabina: “I’m almost ashamed that I don’t appreciate the standard of living here more. In Guatemala we ate, slept and worked just like everyone else in the village. Here we have an abundance of everything, but life is also more complicated. I miss that simplicity.”

Sabina Nordén teachingAnd even if they have returned to their studies, they haven’t completely left the village in Guatemala. Before their departure they started the non-profit association Engineering for Mayan Students, which aims to improve the standing of the Mayan population in Guatemala. They also want to build up a volunteering programme for people who can teach the pupils English, and they have started a collaboration with a Guatemalan woman who is building a pre-school there.

“We’ve also contacted LSEK, the education students’ association here at LiU, and our ambition is to start up a collaboration where students from here can travel down during their summer holidays, to help out with their expertise on site,” says Sofie.


When Sabina finishes her studies she plans to work in the field of waste, energy and environment.

“This project has made me even more determined.”

Sofie wants to work in a small business, or start her own.

“We had no idea what we were getting into. But it’s amazing when you discover that anything is possible if you work hard. I really enjoy running a project and pulling all the strings.”

What do you think the villagers in Guatemala got out of your stay there?

“The girls saw what women can achieve. The teachers and pupils got to keep their school, and access to a secondary school is important to the village,” Sophie says.

Sabina adds that they have created jobs, since they bought services from construction workers in the village, and have sown a seed in terms of waste management.

“We’re going to maintain contact – this is just the start.”