Turning up the heat in quantum physics

With seven million Swedish crowns in his pocket, Björn Alling
will put his mind to the most fundamental equations of physics: What happens in magnetic materials when things really heat up?
”All material properties depend on the quantum-mechanical interplay between the electrons and the nucleus. If we are going to make advances in research on functional materials, that is where we have to start.”

Alling is a man of high stature, both in terms of research and physical height. And he is a double doctor – first from Lausanne, then from Linköping – and a theoretician to his fingertips. But he wants a connection to practical applications. 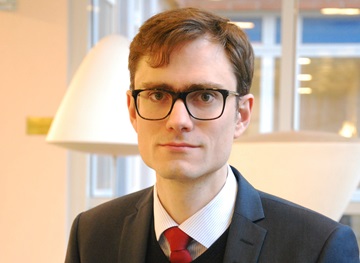 ”Materials development is increasingly important to society. How can we build a welfare society without destroying our planet? Iron- and steel-based materials are still the most important for buildings, vehicles and railways, and will remain so for some time. If we can improve these materials, we can reduce both material usage and energy requirements. But to do this we have to do research at the quantum level – which is where I work.”

At time of writing, Dr Alling is packing his bags ahead of a move to Düsseldorf, where he will be based at the Max Planck Institute for Iron Research for the next few years. Last autumn he got the newly established International Career Grant from the Swedish Research Council, which will finance his project on the behaviour of magnetic alloys at high temperatures.

”The group in Düsseldorf, along with us in Linköping, is a world leader in the simulation of magnetic materials at high temperatures. Independently each location has made key discoveries during the past few years. Now we’re going to combine our methods, in order to take the next big step.”

Iron is a magnetic material but it is used mainly for its properties as a structural material. It is well known that its magnetism is weakened at the high temperatures – approaching 800 degrees Celsius – that exist when steel is produced and processed. But then what happens with the electrical and mechanical properties?

At room temperature almost all the atoms in a piece of iron are in the same magnetic direction, i.e. spin. But as the temperature increases, their orientation grows increasingly chaotic in space-time. Approaching the melting point, the magnetic field disappears altogether, and the nuclei vibrate vigorously.

”Making quantum physics calculations in these conditions is difficult, and this is what I’ll be developing methods for. It’s about solving the most fundamental equations of physics,” says Dr Alling.

Simulating these hidden processes requires massive computing power. Only a few years ago breaking these codes was just a dream. But with today’s super computers this is now possible. The National Supercomputer Centre in Linköping is an important part of the project, and the Max Planck Institute in Düsseldorf has a similarly massive computing capacity.

”We need to use all the resources we have access to.”

For a Linköping native whose main interest is physics, it doesn’t get better than this. His curiosity was fuelled by visits to Fenomenmagasinet, a local science centre, and by inspiring teachers: Kjell Karlsson in senior high school and later Lars Alfred Engström and Rolf Riklund who made a huge impression during his bachelor’s programme at Linköping University. Björn also mentions Igor Abrikosov, professor of theoretical physics, who supervised his graduation project on magnetic alloys, and Lars Hultman, professor of thin film physics, who guided him to the research programme in Lausanne.

”I’ve been lucky, being at the right place at the right time, but I’ve also managed to seize the opportunities as they arose. Succeeding in the research world requires both skill and luck, which is humbling,” says Björn Alling. 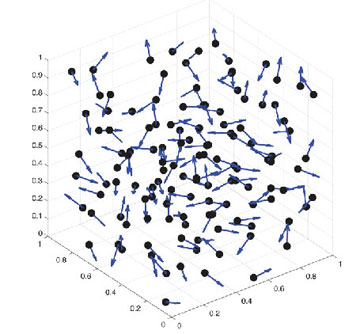 Image: The illustration shows a simulation of structurally unorganised chromium nitride, where the magnetic moment of the chromium atoms is also unorganised in space (blue arrows).


Björn Alling is 34 years old, born and raised in Linköping. With a degree in Applied Physics from Linköping University he was admitted to the Swiss Federal Institute of Technology in Lausanne, gaining his doctorate in 2009 with a thesis on hard materials. The following year he got his second doctorate – this time from Linköping University – on the development of theoretical methods. In 2011 he secured a Young Researcher grant from the Swedish Research Council. Since then he has managed projects at LiU on neutron detection, hard surface materials and magnetic storage. 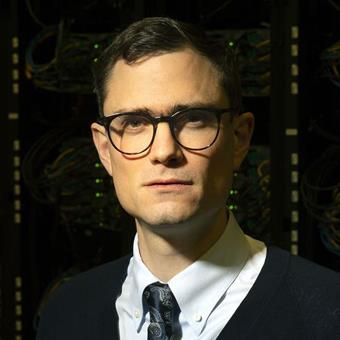