Uncertainty about labour migration to Europe

Peo Hansen, professor of Political Science at REMESO, recently attended an OECD meeting on the EU’s policy for labour migration to Europe.
Why were you invited to the meeting? 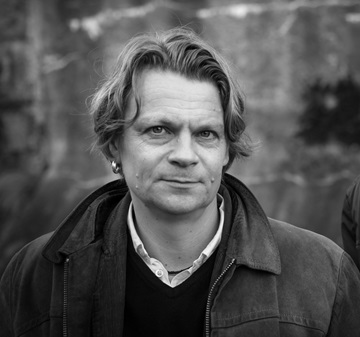 A year ago the OECD asked me to write a report on EU’s attempts to create a policy for labour migration to Europe. Which I did. It was later reviewed by expert groups from the OECD and the EU Commission, and this was the report I presented to the delegations of the EU countries and to the EU Commission. I presented it together with three other researchers.

What does your report show?
It looks at what the EU has done from 1999 to today, in terms of labour migration to Europe, including the various directives that have been adopted. Because alongside the huge debate on the refugee issue in Europe, there is also this discussion on labour migration. It’s about growth and competitiveness and a demographic trend with an increasingly aged population in Europe. According to their figures, 25 million more people are needed for work in the EU countries up to 2020.

Is labour migration necessary when unemployment is so extremely high in many EU countries? And when there are so many refugees. Couldn’t they meet that need?
Yes, one could think so. But it’s a difficult question. Refugee policy often leads to permanent residency permits and various rights, for the person with refugee status. Most countries aren’t interested in this. They want a quick, flexible labour force. Previously, labour migration only concerned well-educated labour. This isn’t the case any more. Now the EU also wants a policy for unskilled workers who come on a seasonal basis, taking jobs the EU citizens don’t want. This group has few rights, according to the EU directives. For instance they aren’t allowed to remain in the country or bring their families.

Has the EU Commission got the EU countries interested in the issue of labour migration?
No. The Commission has big ambitions in this area but hasn’t realised them. It can’t get the countries to agree to take more labour migrants or to harmonise the rules for this. All the countries have their own political agenda regarding requirements, unemployment, labour market and demographics. So there is a collision between the Commission’s ambitions and the policies of the various countries. The Commission sees it all from a more structural, long-term perspective, based on demographic calculations, while the politicians have a more ”here-and-now perspective”.

Does your report contain more results?
Yes. Initially, the EU Commission looked for broad-based solutions where everyone who had a job offer could come, enjoy certain rights and get a permanent residency permit. But this was voted down. Instead there is now a long list of directives that are adapted to various sectors and groups, such as students, seasonal workers and highly educated labour. The system is extremely complicated with all sorts of migrant labour with different rights. The lawyers are pulling out their hair.

Does your research influence decision-making in this and other issues related to migration?
If you’re not involved in drafting the proposals for legislation and policies, it’s hard to say. But of course, participating in a meeting like this, for instance, and being heard, is always some type of influence.

Will the EU Commission be able to reach a common policy on labour immigration?
Looking in the rear-view mirror, many people were absolutely certain that the EU would never achieve a monetary union. The differences were simply too great, many said. But they were wrong. So maybe the countries will eventually find that a common policy is also required for labour migration. Still – we have 28 countries with huge differences, political tensions and crises. The UK for instance, could leave the union. So right now there is a great deal of uncertainty about the future of the EU altogether.