Road vehicles, particularly those with studded tyres, wear down road surfaces and create airborne particles. These are in the air we breathe. What do we know about their effects on health? And how can we best mitigate the problems they cause in our towns? 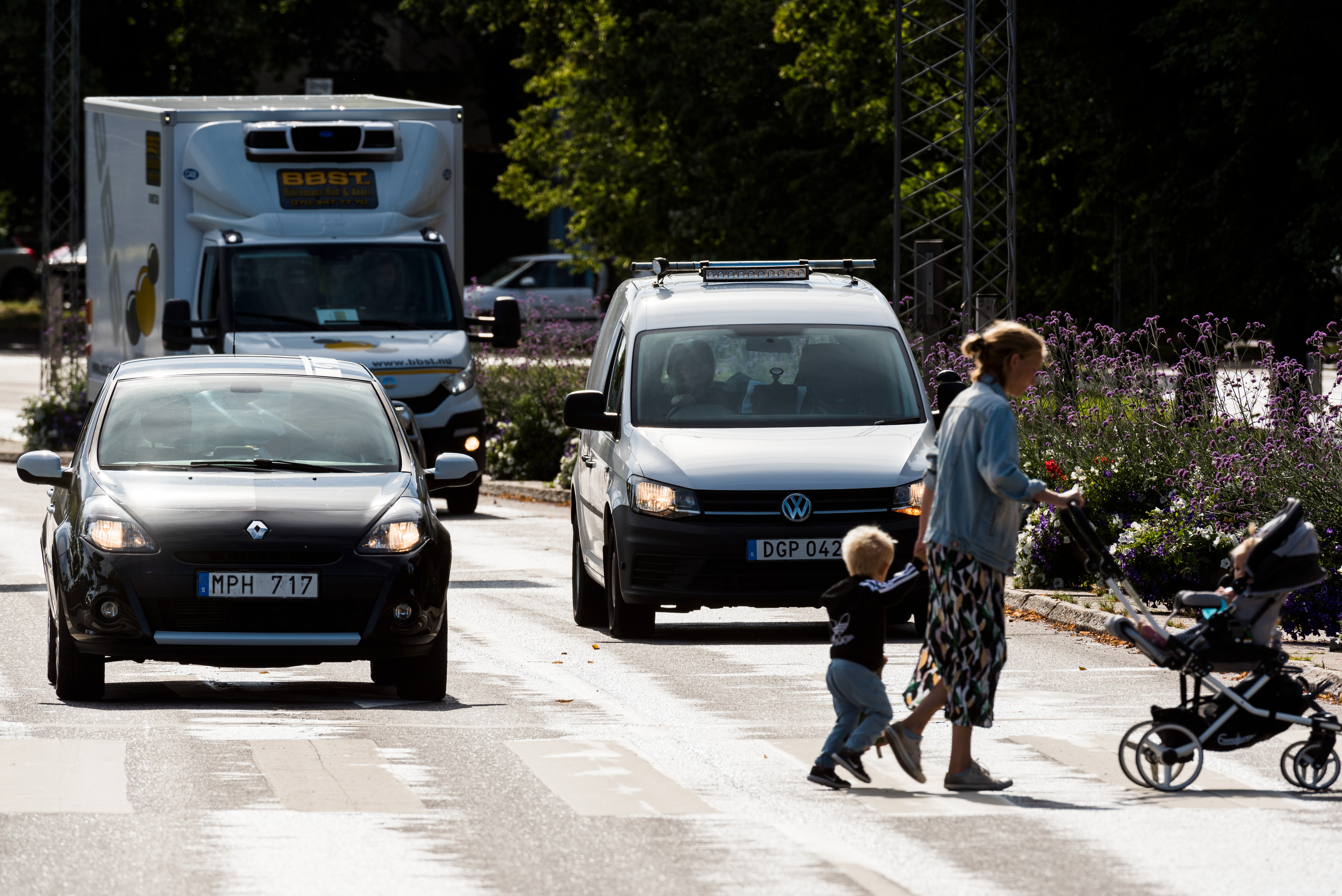 The air in the city can contain high levels of particles, mostly from traffic. Photo credit: Thor Balkhed
Imagine 100,000 tonnes of road surface. This is approximately the amount that disappears every year in Sweden, as a result of wear. Small particles are worn away from the surface by traffic and end up in the air we breathe, mixed with other air-borne contaminants. 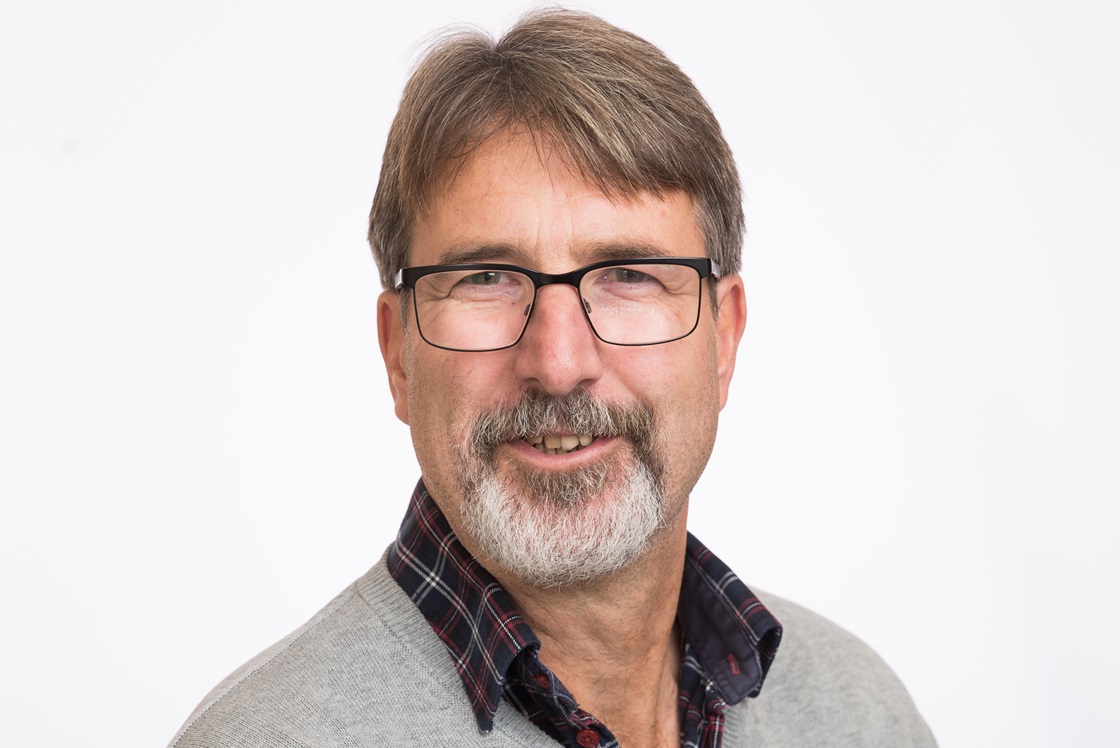 “No-one doubts that particles in the air are not good for us. The problem is that we are exposed to a mixture of many different particles, and we don’t know which ones constitute the greatest problem. We know that particles worn from the road surface, and particularly particles worn by studded tyres, make up a large fraction of the total. What we don’t know, however, is how these particular particles contribute to the toxic effects that arise in the body when we are exposed to the overall mixture that we breathe in,” says Anders Ljungman, senior lecturer at the Department of Clinical and Experimental Medicine.

In an attempt to determine the role that these particles play, he and his research group have investigated in a simulator the different types of particle that are created at the interface between a studded tyre and the road surface. They have exposed human white blood cells, which have developed into the cells of the immune system of the same type as those in the lung alveoli, to relatively large (diameter 4–8 µm) particles from road surfaces in the laboratory. They analysed in detail how the cells of the immune system reacted when exposed to the particles, and published their results in 2011.

“We showed that these particles can give rise to inflammation in the air passages. Such inflammation can, in turn, exacerbate asthma,” says Anders Ljungman.

People with asthma and others with airway problems or heart conditions (often older people), are, of course, particularly sensitive for air-borne particles. Children are also sensitive, since the dose they receive relative to their body weight is higher than that received by adults. Several studies have shown that lung development in children who are exposed to large amounts of particles when young is poorer, and that these children have lower lung capacity as adults.


Size matters – but how?

One aspect that complicates the question of the health effects of wear particles from road surfaces is their size. The legislation that regulates the levels of particles that are permitted in the air is based directly on size. Previous research has started with the assumption that the smaller the particles, the more dangerous they are, since they can penetrate further into the body. The type of particle known as “nanoparticles”, with a diameter smaller than 100 nm, can enter the bloodstream and affect the cardiovascular system. Heart disease is the condition that has primarily been associated with the health risks of inhaling particles.

“Recently, however, it has become apparent that the larger particles cannot by any means be regarded as non-hazardous. We have see what others have seen: larger particles can stimulate inflammation. We have also shown that friction between tyres and the road surface also forms a large quantity of very small particles, and thus a mixture of sizes forms. It remains to be seen which size of particle is the most dangerous,” says Anders Ljungman.


Is prohibition the solution?

Can’t we solve the problem simply by getting rid of studded tyres, then? Actually, it’s not that simple.

“No-one really wants to get rid of studded tyres completely. They are, naturally, useful on icy roads: there’s no doubt about that. But the main point here is that the asphalt used for the public roads network in Sweden has been manufactured for use with studded tyres,” says Anders Ljungman.

The asphalt consists of aggregate, ground to a greater or lesser degree, mixed with an adhesive known as “bitumen”. This bitumen is in most cases based on oil. The stones used in the aggregate are selected to withstand wear from studded tyres. Studded tyres roughen the surface, causing friction which prevents skidding. 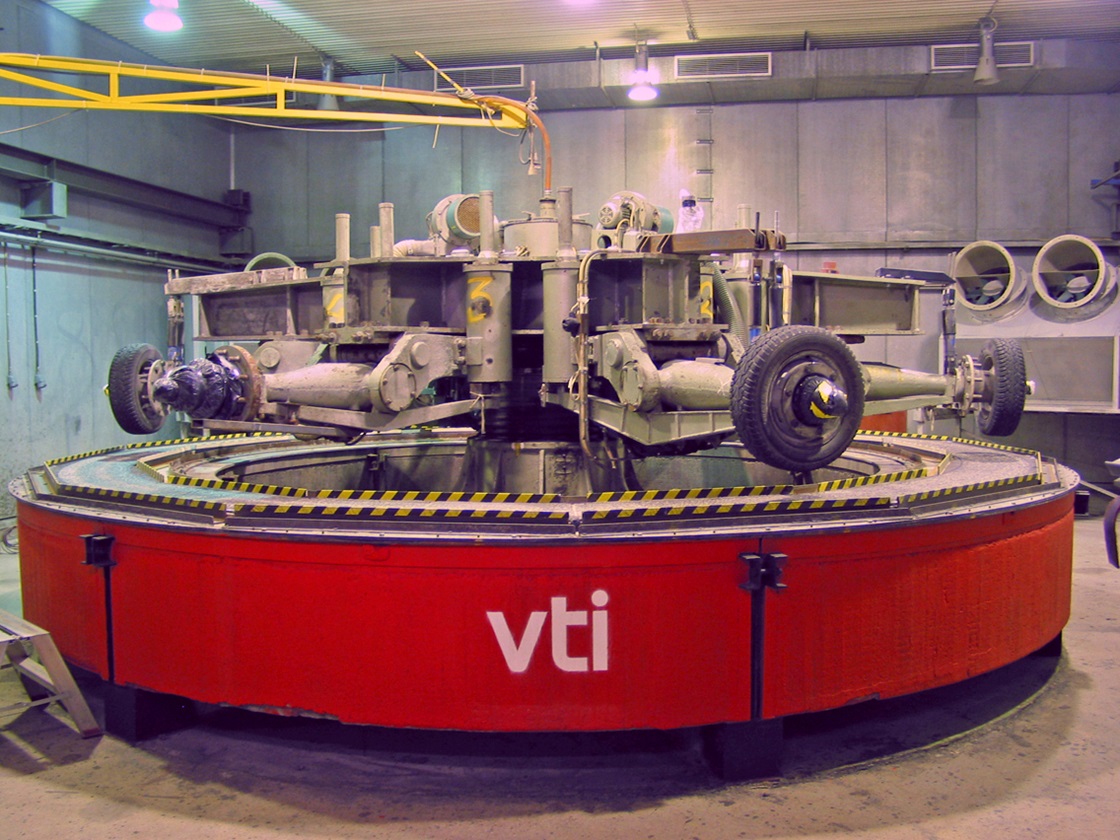 The researchers study particles that are worn away from the road by tyres.

Mats Gustafsson, researcher at VTI (the Swedish National Road and Transport Research Institute) is working with Anders Ljungman to study the toxicity of different wear particles. One of the topics they study is whether the type of aggregate in the asphalt affects the inflammatory potential of the particles produced. Mats has also evaluated for several years the work carried out in Stockholm to reduce the levels of particles in the air. A relatively well-known action taken is the prohibition against studded tyres introduced on Hornsgatan in Stockholm in 2010. Similar prohibitions have now been introduced on additional streets in central Stockholm, Gothenburg and Uppsala. This has led to lower levels of particles, and fewer vehicles with studded tyres on these roads. 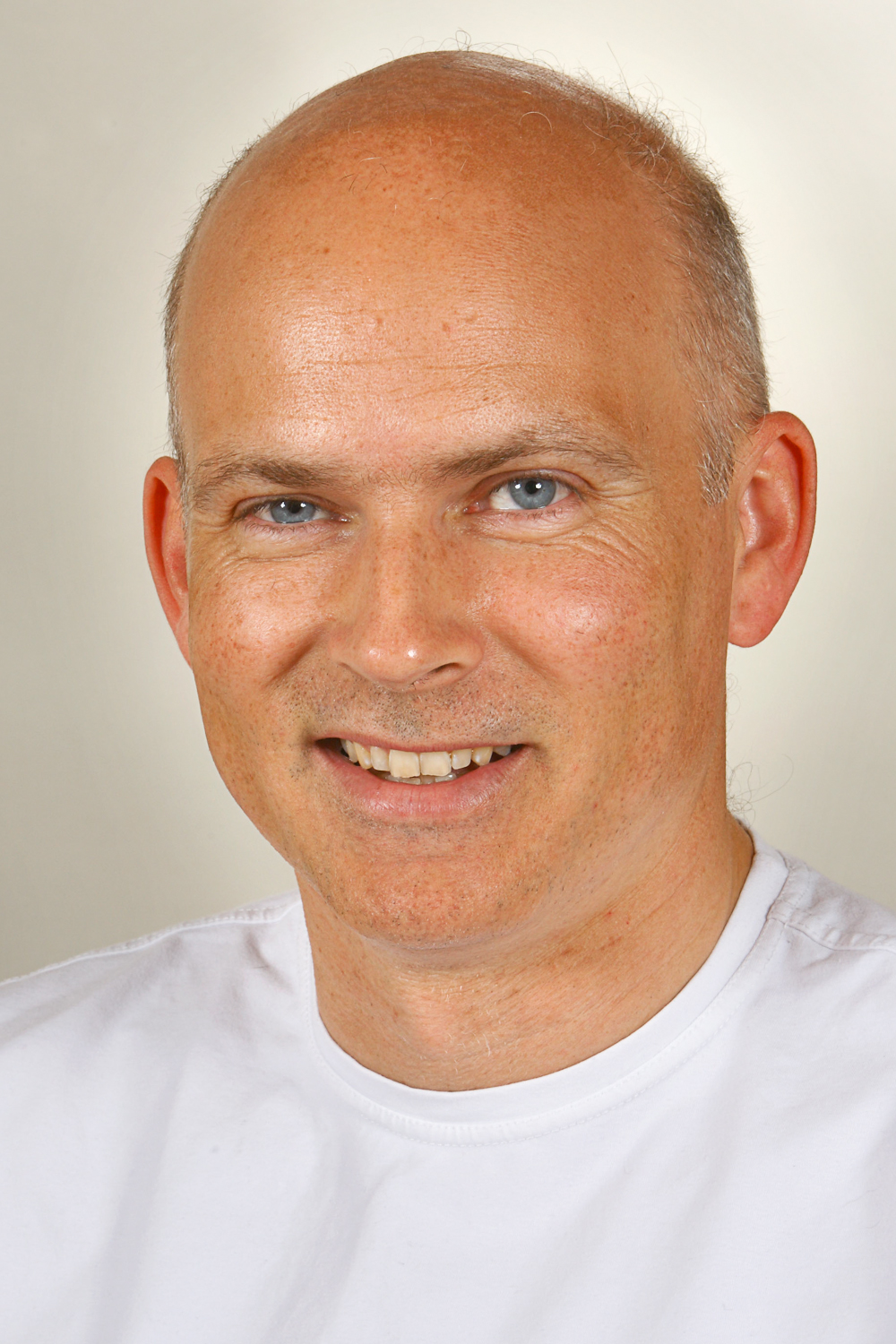 “On Hornsgatan in Stockholm, 20-30 percent of the cars have studded tyres, which is to be compared with around 60 percent in the rest of the city. So it’s clear that the prohibition is having an effect. It was feared that traffic would simply move to neighbouring streets, but it appears that the prohibition against studded tyres has led to more people choosing public transport over cars, which has a positive impact on the environment,” says Mats Gustafsson.

In addition to measures to reduce the use of studded tyres, various methods are being tested to prevent the particles that are formed ending up in the air that we breathe. It has become clear that the weather plays a key role in determining the level of particles. Particles that are worn from the road surface during the winter remain on the surface as long as it remains damp. As spring advances and the roads dry out, at a time when many people still have studded tyres on their cars, the total amount of particles produced during the winter becomes free from the surface. The level of particles in the air can become extremely high on sunny days in March and April. 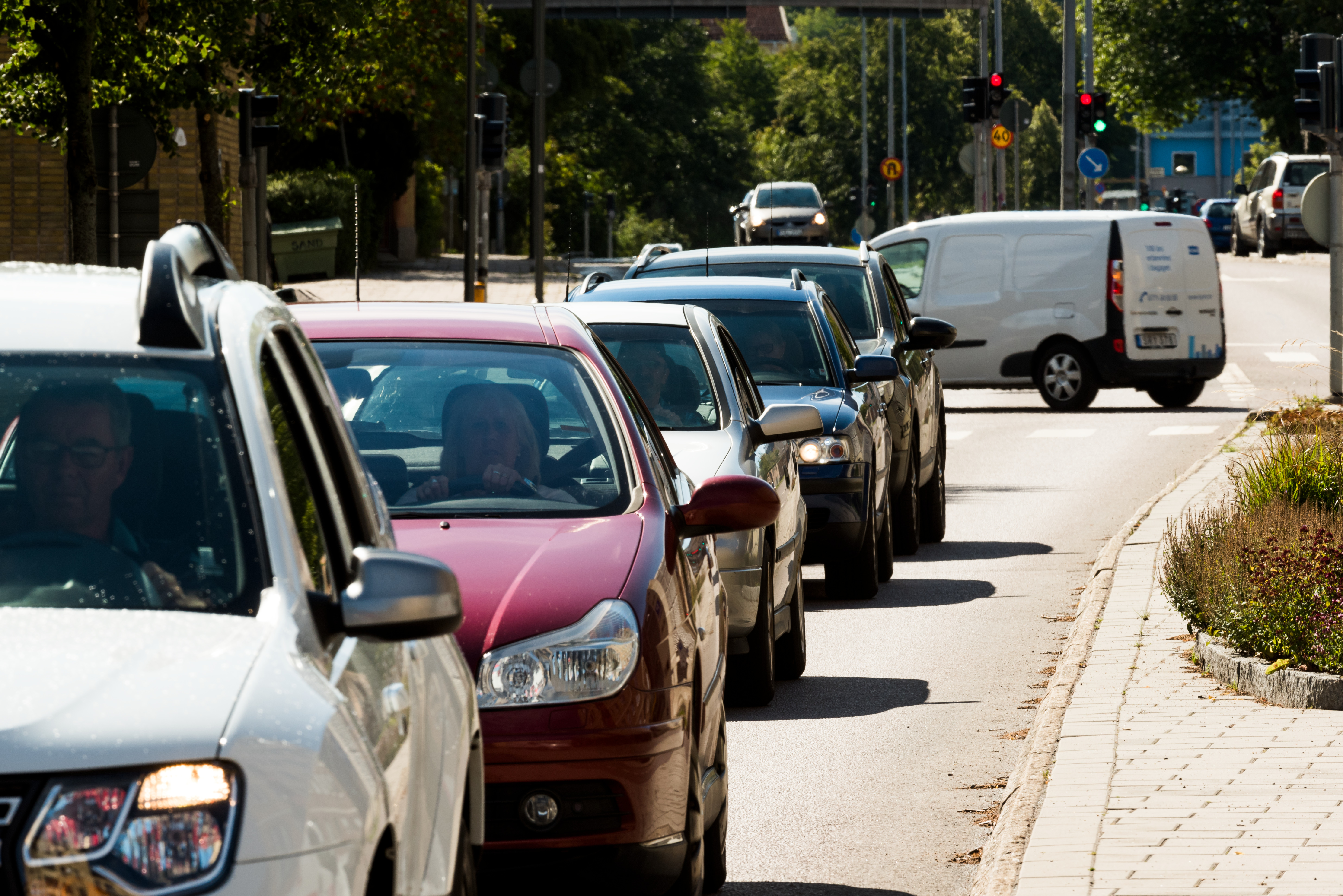 How can we best reduce the levels of particles in the air? Photo credit: Thor Balkhed

Thus, one method is to bind the particles to the road surface by deploying an organic salt solution on the roads. The salt absorbs water and retains the moisture as long as possible, such that the dust produced from the road does not end up in the air. Another method being evaluated in Stockholm uses a vacuum suction machine to brush the streets without water, which means that it can also be used during the winter period without causing slippery roads.

“It appears that the idea of binding the dust works particularly well. While it’s true that it doesn’t address the cause of the problem, it does reduce the symptoms,” says Mats Gustafsson.


Materials for the future

The fundamental problem, however, remains: particles are formed when vehicles with studded tyres drive along the road. In order to reduce the wear on the road surface, not only the studs but also the uppermost layer of the road surface have undergone continuous development. And development is still going on, while at the same time new questions arise. Anders Ljungman believes that a great deal more research is needed into which asphalt composition has the lowest health risks, while at the same time satisfying the requirements of traffic safety.

“It’ll probably be a long time before we use flying vehicles. There will continue to be a friction surface between the vehicle and the base it’s travelling across, and thus particles will be formed. This is why I believe that an important research field in the future will be finding the materials for roads, studs and tyres that give rise to the least hazardous particles. We must investigate den relative toxicity of the various particles that are formed, in order to gain knowledge about their capacity to cause harm. We should do this before we replace the asphalt across the whole of Sweden or lay down new infrastructure systems.” 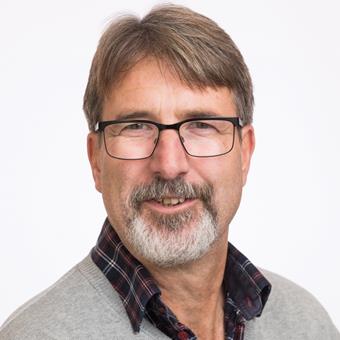