Voices of Norrköping - a R.E.M.S. report 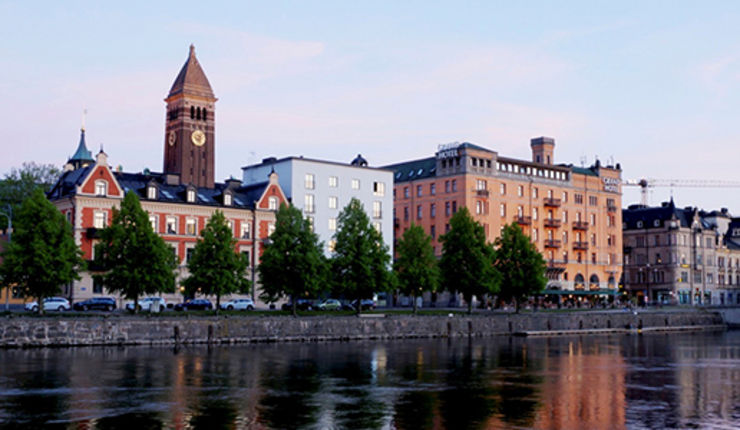 Photo credit Holly McCarthyThe project, now in its second edition, was created as part of the course in Critical Cases in Ethnic and Migration Studies, coordinated by professor and researcher Martin Klinthäll, where students organize themselves to bring R.E.M.S. to life. This project had its start with the first class (2016-2018) of the EMS programme with the publication of R.E.M.S. – Norrköping: City of Immigration in June of 2017. Now in its second edition, the class of 2019 has brought R.E.M.S. – Voices of Norrköping to life in June of 2018, after working intensively for five weeks, producing a total of ten reports that critically approach various themes grasped throughout the first year of the Ethnic and Migration Studies Master’s Programme.


Topics based on students’ interests

For this edition, students were encouraged to work freely with themes of their interests, permeating topics such as migration, ethnicity, diversity and belonging. They were able to creatively develop their reports in different ways – by means of research, empirical work or artistically, for example – resulting in critical, analytical and artistic reports. R.E.M.S. – Voices of Norrköping follows a cohesive reading, beginning with ‘First Encounters’ of migrants in Sweden and ending with the questioning of ‘What is Home?’.

As the title suggests, the report gives space to the different voices of Norrköping, with reports about ‘Inclusion and Diversity Amongst Norrköping’s Youth’, ‘High-skilled Migrant Workers’, ‘(Dis)Integration and SFI’, ‘A Multilingual Life’, ‘Who is an Immigrant?’, ‘Cake for Everyone?’, ‘Boundaries and Spaces’ and ‘Who am I? Who are You? Who are We?’. The variety of projects reflect the diversity of the class itself, with students from all continents and different [academic] backgrounds, and shows the EMS Programme’s commitment to critical, innovative and useful approaches to the different issues and problems in the field of ethnic and migration studies.

R.E.M.S. appears as a great opportunity of connecting students (most of whom are migrants themselves) and the community in Norrköping – and in order to reach out to the society more broadly, the report will be publicly presented by Ethnic and Migration Studies’ students at the end of this year. The EMS class of 2019 hopes that this project will continue to be a way of communicating with the society beyond academic walls, and that it will continue to encourage listening and understanding.