A world-leading researcher in structural biology has been named
the 2015 Tage Erlander Visiting Professor, with a placement at Linköping University. 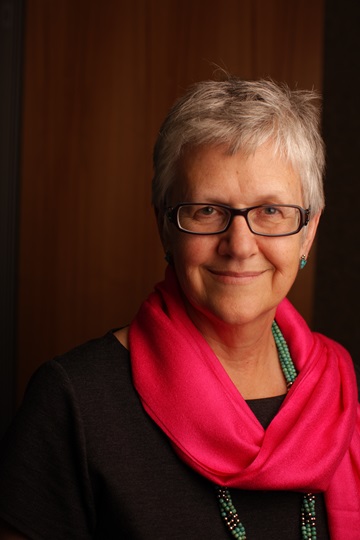 Professor Jill Trewhella is deputy vice-chancellor responsible for research at the University of Sydney in Australia. In her own research she is studying proteins that coordinate the myriad of processes that take place in a living cell.

An important reason for her to apply to come to Sweden is the current construction of the Max IV and the European Spallation Source laboratories, which will offer unique opportunities for experiments with what is known as small-angle scattering.

“I’m looking forward to working with Swedish researchers, especially among the younger generation, in order to make maximum use of these resources,” Professor Trewhella writes via email to LiU News.

In May she will come to Linköping to work closely with Professor Maria Sunnerhagen’s structural biology research group. On the agenda are projects about the function of the heart muscle, gene regulation signalling in cancer and immune defence, antibiotic resistance, inflammation, neurodegenerative diseases and biomaterial.

The purpose of the Tage Erlander Visiting Professorship is to give foreign researchers of international standing the opportunity to spend one year at a university, college or research institute in Sweden.

The holder of the Chair is chosen by the Swedish Research Council from among internationally prominent researchers. It was established in 1981 to honour Sweden’s former prime minister Tage Erlander (1901–1985) on his 80th birthday.