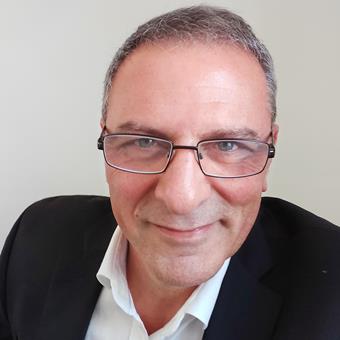 He received the M.S. and Ph.D. degrees from Linköping University, Sweden, in 1995 and 1999, respectively. From 1999 to 2003, he was a senior research scientist with Circuit Research Lab, Intel Corporation. In 2003, he joined the department of Electrical Engineering, Linköping University, as a Professor of VLSI design. From 2004 to 2014 he was head of Electronic Devices Division, and since 2014 he is head of Integrated Circuits and Systems Division. Also, he is currently the vice head of the department.

His research interests include various issues in design of integrated circuits and systems in advanced nano-scale technologies, with special focus on data converters (ADCs and DACs), analog front-ends, sensor readout and data acquisition systems, energy-harvesting and power management systems, analog/digital baseband and RF frontends for multi-Gigabit/s radio transceivers, low-power wireless sensors, clock generators/synthesizers, as well as multi-GHz digital circuits and building blocks.
He has published more than 100 papers in international journals and conferences, and holds 24 U.S. patents. Prof. Alvandpour is a senior member of IEEE, and has served as a member of technical program committees for many IEEE and other international conferences, including the IEEE Solid-State Circuits Conference, ISSCC, and the European Solid-State Circuits Conference, ESSCIRC. He has also severed as guest editor for IEEE Journal of Solid-State Circuits.

We are the group that conducts research and provide education on efficient Integrated Circuits and Systems at the department of Electrical Engineering, Linköping University.